The state’s charter schools will be allowed to enroll about 500 more students next year.

The state Board of Education voted 6-2 Wednesday to add 504 charter school seats, about a 5.5 percent increase. Currently, there are about 9,600 seats in the state’s 24 charter schools. One in 57 Connecticut students attends a charter school.

In the absence of a state budget, state education officials said they waited to act on the expansion until the governor had signed an executive order managing state finances that included charter school funding.

More than a quarter of the new seats will be added at Capital Preparatory Harbor School in Bridgeport. The state approved 154 new seats for the school, which is set to begin enrolling students from kindergarten through fifth grade. It has enrolled students in sixth through 12th grade since opening in 2015. 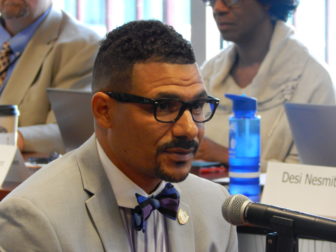 Capital Prep Harbor has come under fire from critics who say it does not enroll a sufficient number of Latino students, but school officials say they are not turning Latinos away.

The enrollment concerns framed much of the debate at Wednesday’s state Board of Education meeting in Hartford.

It is not the first time the school’s founder, Steven Perry, has been criticized for enrollment practices.