Pressure on insurance companies to consider role in opioid crisis

A prominent Democratic lawmaker has asked major health insurers whether their policies and preferred prescription drug lists have made the nation’s opioid epidemic worse. 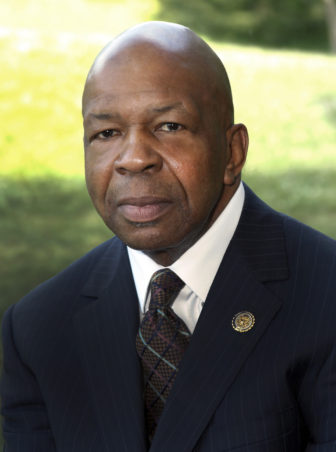 Rep. Elijah Cummings, D-Md., the ranking member of the House Committee on Oversight and Government Reform, wrote to the companies after an article by ProPublica and The New York Times found that insurance companies sometimes favor cheaper, more addictive opioids over less addictive, but more expensive, alternatives.

“This is not a hypothetical problem,” Cummings wrote. “In my home state of Maryland, 550 people died of an overdose in the first three months of 2017 alone. Synthetic opioids like fentanyl are driving up the epidemic’s death toll, but prescription opioids contribute significantly to this crisis by fostering addiction and causing fatal overdoses.”

Cummings wrote that the industry has created financial incentives that may “steer beneficiaries to the very drugs that are fueling the opioid crisis.”

For its part, the insurance industry trade group, America’s Health Insurance Plans, said today that it is launching an initiative to track how well doctors are following the government’s guidelines for prescribing opioids for chronic pain. Individual companies have tracked their own data but this is the first industry-wide effort to use standard measures to assess progress. The data will be shared with health plans, but at least initially will not be made public.

For our story last month, ProPublica and the Times analyzed Medicare prescription drug plans covering 35.7 million people in the second quarter of this year. Only one-third of the people covered, for example, had any access to Butrans, a painkilling skin patch that contains a less-risky opioid, buprenorphine. And every drug plan that covered lidocaine patches, which are not addictive but cost more than other generic pain drugs, required that patients get prior approval from the insurer for them.

Moreover, we found that many plans make it easier to get opioids than medications to treat addiction, such as Suboxone. Drug plans covering 33.6 million people include Suboxone, but two-thirds require prior authorization. And even if they do approve coverage, some insurance companies have set a high out-of-pocket cost for Suboxone, rendering it unaffordable for many addicts, a number of pharmacists and doctors said.

A subsequent research report published in the Annals of Internal Medicine also found that some Medicare prescription drug plans allowed relatively easy access to opioids, even at high doses. Yale University researchers compared Medicare plans from 2006 to 2015. They found that more than two-thirds of opioids — at various dosage strengths — had no restrictions in 2006 and 2011 and about one-third had no restrictions in 2015, even as the epidemic was worsening.

Drug companies and doctors have been accused of fueling the opioid crisis, but some question whether insurers have played a role, too.

Restrictions usually include limits on the quantity of drugs that can be filled or requirements for prior authorization. Unrestricted access “persisted for many opioids, especially at high doses, including for drugs commonly associated with overdose,” the report said.

Of the insurance companies that received Cummings’ letter, Anthem declined to comment. Express Scripts said it intends to cooperate. CVS Health noted that it rolled out a host of initiatives to stem opioid abuse last month, including limits on the number of days it will cover for first-time opioid prescriptions. CVS Health also said it does not require prior approval for medications to treat addiction for members in most employer-provided plans.

Aetna said that it, too, is taking steps to address the issue. For example, it ended its preauthorization requirements on all products containing the drug buprenorphine to treat opioid addiction. “Our goal with many of our initiatives is to prevent addiction, but if it happens, we also want to be an advocate to help with treatment,” the company said.

UnitedHealth Group and Humana did not reply before this article was published.