So much controversy in so little time, and Sandy Hook remembered

A contentious election in ruby red Alabama early last week reverberated all over the nation, including in Connecticut, where Sen. Chris Murphy had raised $135,000 for the surprising victor, Democrat Doug Jones. Ultra-conservative Roy Moore’s loss and the narrowing of the power balance between Democrats and Republicans in the U.S. Senate was only the warm-up, however, for confronting issues with more immediate impact on this state.

Chief among them, and the most emotional, was the five-year anniversary of the killing of 20 children and six educators at Sandy Hook elementary school.

Public officials and citizens of many stripes remembered the awful incident that left an indelible scar. And while the killings have inspired new people to enter the political arena seeking change, efforts to pass gun-control legislation have been largely unsuccessful.

Dwelling on that issue or any other was impossible in a week of major political developments, however, including progress on the Republican tax bill, the details of which were still being revealed on Friday.

Last-minute revisions would apparently improve the measure’s impact on Connecticut taxpayers, but the state’s all-Democratic Congressional delegation nevertheless condemned it overall as “a massive giveaway for the ultra rich,” in the words of Rep. John Larson, D-1st District. 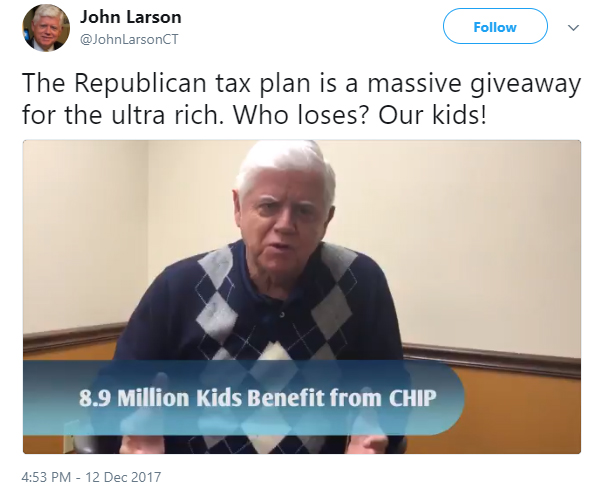 Congress’s failure so far to reinstate the CHIP program — putting coverage for some 17,000 young people in jeopardy — will continue to be an issue (one Sen.-elect Jones wants to correct, apparently), but Connecticut’s track record for its handling of children is not unblemished, either, as witnessed by the state Child Advocate’s report on the horrific death of a 17-year-old autistic Hartford youth.

Her observations about lapses by the Connecticut’s Department of Children and Families came in the same week a federal judge ordered DCF to commit to certain staffing and caseload levels. A day later the department and Gov. Dannel Malloy announced that DCF will be hiring 120 social workers — at a cost of about $10 million.

That was perhaps unsettling news to a legislature that is already facing a $208 million deficit  — not counting the $54 million it might cost to repair the Medicare Savings Program in a special session later this month. As he is required by law, the governor laid out a list of solutions to the budget deficit problem, all of them, including raising taxes, in his words “almost universally objectionable.”

His differences with lawmakers are likely to stretch into the new year. The governor on Friday put the blame for Connecticut’s far-reaching and multi-faceted financial problems on a legislative culture of postponing hard choices.

No one so far — including the latest batch of Republican gubernatorial hopefuls — has come up with a way to pay for the enormous project of rebuilding the state’s transportation network, which Malloy says the state’s economic future depends on.

Malloy, State Attorney General George Jepsen and the state’s federal legislators are in agreement, though, in their view that the Federal Communications Commission’s vote to end so-called “net neutrality” is a move that, according to Sen. Richard Blumenthal, “will harm consumers with higher prices and lower speeds.” 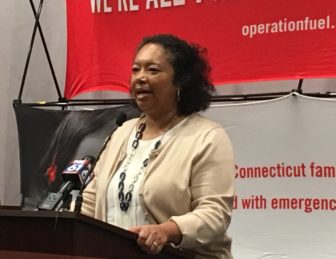 Rising natural gas and fuel oil prices will also have an impact on consumers, particularly some 320,000 Connecticut households whose heat bills exceeded their ability to pay, announced Operation Fuel.

It is not clear whether lack of money or lack of interest or both has stalled the Federal Railroad Administration’s plan to bring high-speed rail to the Northeast Corridor, but something has. A more immediate and politically charged issue is what Congress should  do about the undocumented youth who will be subject to deportation beginning in March when the Deferred Action for Childhood Arrivals program starts to expire.

Many of Connecticut’s “Dreamers” are students in the state’s constellation of 12 community colleges — schools the Board of Regents for Higher Education voted  Thursday (over many public objections) to consolidate into one mega-school. The move is an effort to save some $28 million while the system is under great financial pressure.