Trump’s voter fraud commission is gone, but scrutiny will continue

In an unexpected executive order, President Donald Trump abruptly dissolved the Presidential Advisory Commission on Election Integrity, which he’d set up after alleging with no evidence that he lost the popular vote because of millions of illegal votes. In a statement, he said the Department of Homeland Security will take up the commission’s mantle while avoiding the “endless legal battles” that bedeviled the commission in its brief existence. 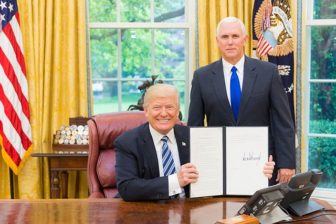 (For a history of the commission’s many woes and stumbles, see ProPublica’s chronology.) But experts say the scrutiny and resistance that the commission faced will persist. They are skeptical DHS will achieve the results Trump claims.

“Having watched the commission go up in flames, I don’t know that DHS personnel would be eager to follow their lead,” said Justin Levitt, a professor at Loyola University School of Law and former Department of Justice civil rights official. “You don’t normally want to be the second person to jump on a live grenade.”

Echoing Trump, commission co-chair and Kansas Secretary of State Kris Kobach told multiple news outlets on Wednesday night that Immigration and Customs Enforcement, part of DHS, would use the voter rolls already collected by the commission and compare them to a federal list of non-citizens — something he’s discussed as a possibility since the commission’s formation was announced in March. (It didn’t convene its first meeting until July.)

Dale Ho, the director of the American Civil Liberties Union’s Voting Rights Project, scoffed at the idea, saying that DHS had the authority to begin such a match months ago when the commission first began to collect the data. “Why haven’t they been doing this the entire time?” he said. “I don’t think anyone should be particularly impressed.”

After the state of Florida sued to access the DHS database in 2012, the agency said the database was not foolproof and told the Miami Herald it was “not designed” to be used as a check on non-citizen voting. Ultimately, Florida’s use of the database resulted in a flawed analysis that the governor and secretary of state later apologized for.

Levitt said DHS would understand the limitations of such a match, and may be hesitant to take on an imperfect project that would face the same scrutiny as the commission, creating a “sizeable distraction” from their real priorities — especially since the White House has already begun to distance itself from the work of the commission.

Indeed, anonymous White House insiders took to the media on Wednesday night to distance the administration from the commission. One senior advisor told CNN the commission was a “shit show” that “went off the rails,” and said Vice President Mike Pence should have viewed the commission “as a shit sandwich and treated it like a book report.” Another official blamed the commission’s formation on Steve Bannon (who was essentially excommunicated by the White House on Wednesday), calling the commission a “blundered Bannon rollout” that “should’ve never been in place.”

Levitt said DHS would likely face far more scrutiny than the commission if they did attempt that data analysis. “DHS is a real agency with real appropriations from Congress and real oversight authority from Congress,” he said. “They have to be very careful to keep to the purpose for which money is appropriated — OIG [the agency’s inspector general] and internal auditors take those responsibilities seriously, and their general counsel will be strict.” 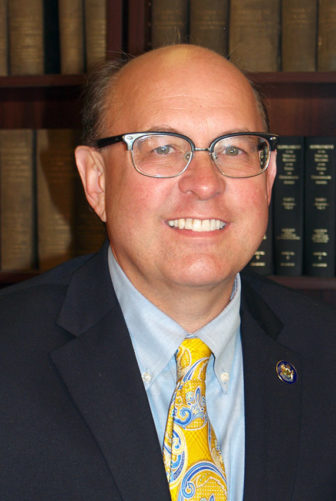 Matt Dunlap, a Democratic member of the voter fraud commission and the secretary of state for Maine, also said scrutiny — including his own — would continue. This fall, Dunlap sued the commission, asserting that it had left him out of its deliberations. Last month, a judge found in his favor, ruling that he was unlawfully excluded from the drafting process related to the controversial letter sent by Kobach to the states requesting voter data, and from meeting planning. The judge also ruled the commission must turn over documents Dunlap requested, which Dunlap says he will continue to demand even though the commission is no more.

‘Everyone is watching now.’

In his years as a public administrator, Dunlap said he’s never seen as much public interest as he did with the commission. He’s convinced that DHS would face the same pushback. “People don’t want their elections messed around with. They want them left alone,” he said. “If Secretary Kobach thinks he can escape public scrutiny of his work by exclusion and cloaking it even deeper, I think the American people may have a surprise waiting for him.”

Kobach snapped back at Dunlap on Wednesday night, telling news outlets that Democrats both on and off commission “lost their seat at the table” because of their protests. For his part, Dunlap professed to be unbothered. “Good luck, buddy — the curtain has been pulled away,” he said. “Everyone is watching now.”

Kobach did not respond to a request for an interview related to this story.

Other groups who filed suits relating to the voter fraud commission also say they will continue their scrutiny. For example, the Brennan Center has sought to compel the Department of Justice, DHS and the Office of Management and Budget to disclose information regarding their work with the commission. Myrna Perez, the leader of the center’s Voting Rights and Elections project, says they will continue to pursue these disclosures.

The ACLU also sued the commission, alleging that it failed to follow federal disclosure laws. Ho says these issues have not disappeared just because the commission no longer exists. “It doesn’t mean they get to shred everything now,” he said. “I still want to know what it is they’ve been concealing from the public, and I think the public deserves that.”

Experts also say that, if DHS takes on the role of investigating voter fraud, it could harm work it is doing with states to shore up cybersecurity and prevent foreign intervention. Late in the Obama Administration, election infrastructure was declared “critical,” which allowed DHS to better help states collaborate with the federal government. David Becker, executive director of the Center for Election Innovation & Research, said states initially viewed DHS intervention as federal overreach, but have now begun to productively work together. If DHS takes the lead on “a wild goose chase” to sniff out fraud, Becker argued, the necessary work of improving cybersecurity will suffer. “If DHS is being tugged in a different direction by the White House itself,” he said, “that could have a really detrimental impact.”

This story was first published Jan. 4, 2018, by ProPublica, a Pulitzer Prize-winning investigative newsroom.