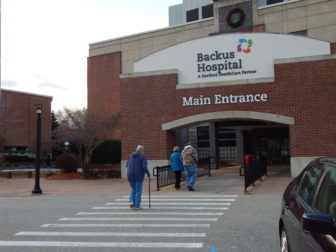 Connecticut hospitals won’t have to wait until the summer’s end as they originally feared to receive close to $300 million in supplemental state payments.

With preliminary federal approval for a new state taxing arrangement with hospitals already secured, Gov. Dannel P. Malloy’s administration announced Wednesday it would release the funds before the fiscal year ends on Saturday.

Though Connecticut could wait until all federal approvals are secured, “I believe it is in the best interest of both the state and the hospitals” to release funds now, state Office of Policy and Management Secretary Ben Barnes, Malloy’s budget director, wrote to the Connecticut Hospital Association.

Earlier this month, the U.S. Centers for Medicare and Medicaid Services, commonly known as CMS, approved a significant increase in the state’s annual tax on hospitals — from roughly $556 million to $900 million.

But federal officials still must act on portions of the second half of this arrangement — specifically how much of that revenue Connecticut will redistribute right back to its hospital industry. This back-and-forth arrangement — which most states employ — in turn enables Connecticut to qualify for huge federal payments through the Medicaid program. 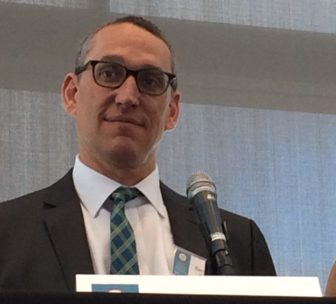 Along with the tax hike, Connecticut also pledged to pay close to $690 million back to the hospitals this fiscal year — way beyond the nearly $120 million the industry received in 2016-17.

These state payments to hospitals, in turn, are expected to trigger a huge increase in federal Medicaid reimbursements. Washington is expected to pump an extra $365 million per year into Connecticut’s coffers.

Add up the plusses and minuses and the hospital industry still loses — but only $210 million per year rather than the $438 million it lost in 2016-17. State government comes out ahead by $657 million — $137 million better than it did the year before.

Malloy administration had warned hospitals and legislators earlier this spring that federal approval might not arrive before the fiscal year ended on June 30 — but not necessarily because the plan was poorly received.

Rather it was submitted late to federal officials. It wasn’t approved during the regular 2017 state legislative session, which ended in May of that year. Rather it took lawmakers until the last week of October to settle the hospital tax as just one part of a marathon battle to resolve the entire state budget.

So hospitals had received close to half of their anticipated state payments this fiscal year — but not all. Now that will change, the administration says.

Barnes did warn Wednesday that there is one remaining glitch, suggesting it be settled with negotiations between his office and the hospital association.

The increases in a portion of the state payments — specifically those paid out in connection with hospitals’ inpatient services — may exceed federal limits.

“Given these concerns, we may need to engage in a mutual discussion regarding potential options,”  Barnes wrote.