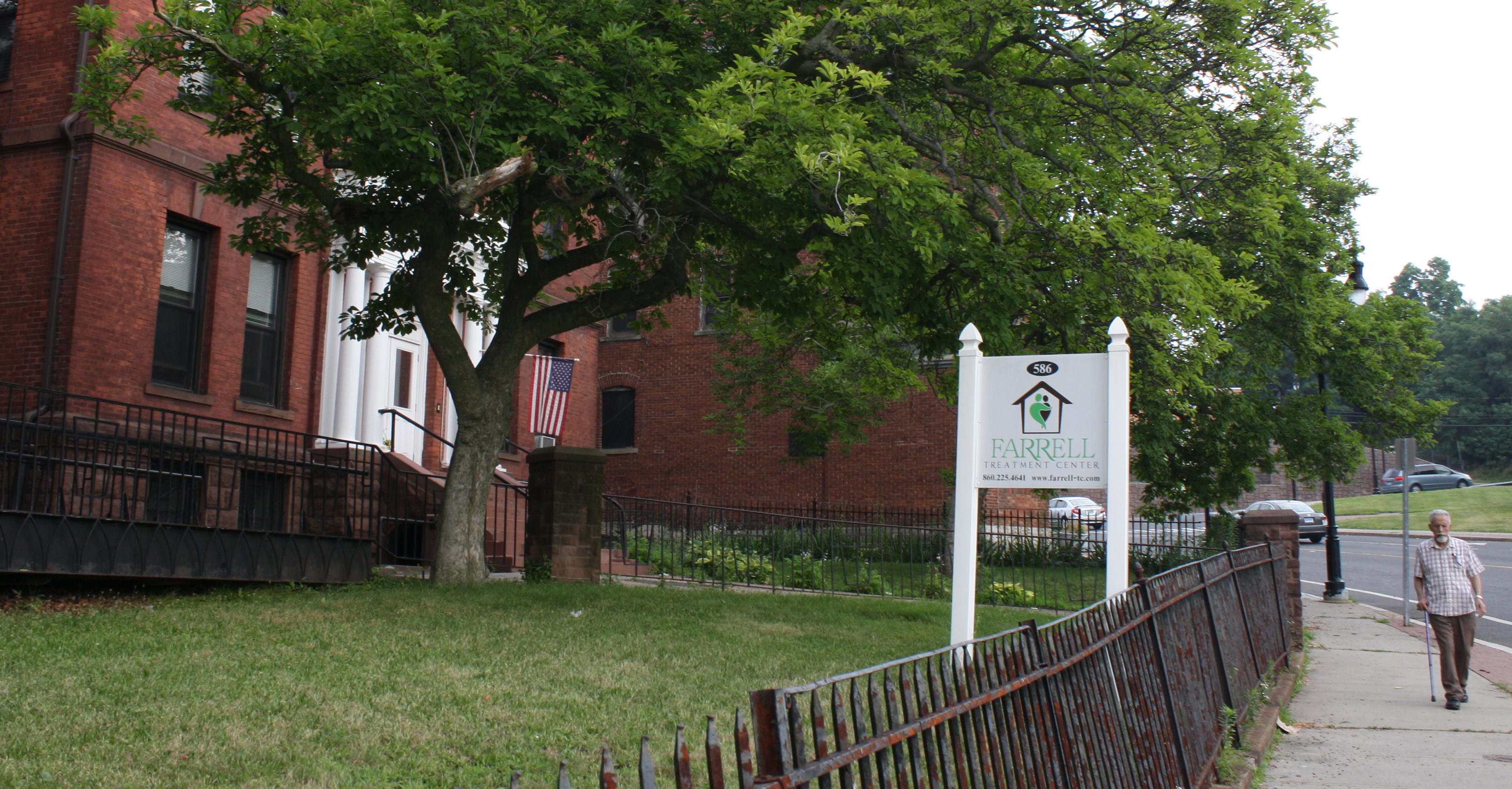 ‘It gets harder and harder to make choices’

New Britain – Behind a rusting iron fence, inside an aging red-brick building leased from the 170-year-old St. Mary Roman Catholic Church next door, Farrell Treatment Center offers a way out for people gripped by drug and alcohol addiction.

Dennis Pupowski says the staff there caught him when he’d hit “rock bottom” in his descent into narcotic addiction, and gave him hope and strength. Today, after a 28-day residential “detox” program and continuing outpatient treatment, he is sober, working a steady job and getting outpatient therapy.

One recent afternoon, he even went out on Bashan Lake in East Haddam for some bass fishing with a friend – something totally foreign during his years of chasing the needle.

“Coming here made me feel comfortable. It made me feel safe,” Pupowski said as he prepared to head into one of his therapy sessions at Farrell. “Every single staff member here was for me 100 percent. I was able to do a lot of healing.”

A 28-year-old man with a neat haircut, goatee and ornately tattooed forearms, Pupowski said he lost an older brother to drug addiction and might have become another casualty himself. “I got connected to Farrell because my life had got really, really bad,” he said. “I was contemplating suicide. Not waking up the next day seemed the best thing for me.” 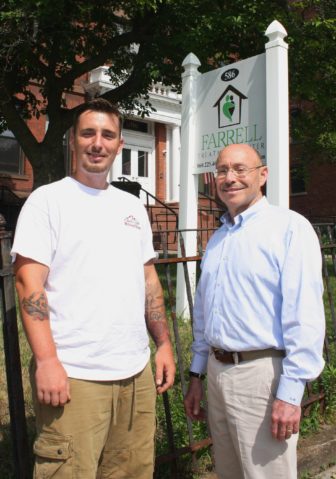 Dennis Pupowski, left, was deep into heroin and opioid addiction when he arrived at Farrell Treatment Center of New Britain, where he completed a 28-day residential “detox” program, and now attends outpatient counseling. He is shown here with therapist Dan Millstein.

That was last fall, when a self-destructive pattern involving first marijuana, then cocaine and heroin, and finally opioids had become progressively more desperate. He remembers getting Vicodin, which contains hydrocodone, after a root canal treatment in 2011 and quickly discovering the high one can find from opioids.

The son of two Polish immigrants, Pupowski grew up in middle-class Wethersfield. He graduated from public high school and entered Lincoln Technical Institute in New Britain to become an electrician. But throughout his high school years, he turned away from his studies and more and more toward the pursuit of a narcotic high.

“I continued down that road to wanting to put something in me that took me outside myself,” he said. “My rock bottom was sleeping in abandoned crack houses in Hartford, with people walking over me in the morning. When I came here to Farrell, I felt comfortable and safe.”

The opioid epidemic sweeping the nation has not spared Connecticut, where more than 1,000 people died in 2017 from overdoses. The state’s chief medical examiner reported a 300 percent increase in overdose deaths over the past five years.

David Borzellino, executive director of the Farrell clinic, said for many years alcohol was the dominant substance abuse problem. But over the past decade he’s seen the number of opiate detox cases overtake and surpass it. Today three in four patients arriving at Farrell are opiate addicts.

Licensed for 24 beds for residential treatment, the center offers thrice-weekly outpatient counseling as an intensive follow-up, plus a third phase of weekly check-ins designed to keep the recovery process on track.

Borzellino said there are many success stories, including four one-time clients who now are employed at Farrell. But the clinic is strained by the ever-tightening level of funding.

“All of our patients are on Medicaid for residential [treatment], and residential rates have not changed in 10 years” while the cost of rent, maintenance and utilities has grown, he said. “And on the outpatient side, only 10 percent have commercial insurance.”

Over the years, the state has cut funding for the “Basic Needs” program that pays for temporary lodging after patients leave Farrell’s residential program, so that a three-month financial cushion for men without money in the bank or a steady job shrank first to two months, and now covers just 28 days.

Without increases in state funding, Borzellino said, balancing the books has become a struggle for the nonprofit clinic, which traces its roots to 1973, when a parish priest opened a shelter for homeless, alcoholic men.

Farrell must pay to keep a psychiatrist on duty part of every day to prescribe Suboxone and other medications that counter addiction. It is investing in the conversion to electronic medical records.

“Staff don’t get raises, and they pay more and more into their health insurance. When it comes to maintenance, sometimes the toilet doesn’t get fixed until the last minute.”
David Borzellino
Farrell Treatment Center

“It gets harder and harder to make choices,” Borzellino said. “Staff don’t get raises, and they pay more and more into their health insurance. When it comes to maintenance, sometimes the toilet doesn’t get fixed until the last minute.”

Counselors at Farrell earn $15 to $18 an hour, and those with a master’s degree earn $22. Holding on to the most skilled staff is a constant concern because employees earning $42,000 a year can double their salaries if they land a job with the state Department of Mental Health and Addiction Services.

Borzellino is proud of the caring culture at Farrell, and said “we do our best to have a non-institutional feel.” For that reason, he worries that someday financial stresses could raise the possibility of a merger with another nonprofit agency, something that might compromise that caring ethic.

Pupowski is working for a Newington landscaping company and saving money for a car. He’s grateful his parents never gave up on him, grateful for a paycheck and a new set of goals. “I’m waking up without an obsession for sticking a needle in my arm,” he said. “I couldn’t imagine feeling that way last fall.”