The biggest contributions to CT Rising, an independent-expenditure group promoting the gubernatorial campaign of Danbury Mayor Mark Boughton, came from the New York offices of a trash hauler with an affiliate in Danbury, according to a campaign finance report filed Saturday.

Two contributions totaling $25,000, each for $12,500, came from two businesses based in the West Babylon, N.Y., offices of Winter Brothers Waste System of Long Island. The company is affiliated with Winter BrothersCT, which purchased many of the Connecticut assets seized from James E. Galante by the U.S. Marshal’s Service in a racketeering case.

Galante contributed $5,000, as did a woman listed at the same residential address, according to the latest filing.

CT Rising has raised $99,800 and spent $88,512 in its one month of existence, nearly all of it in a payment made Friday to Del Cielo Media of Alexandria, Va., for television advertising. It is one of three independent-expenditure groups created in Connecticut to promote a Republican gubernatorial candidate in Connecticut this year. The beneficiaries of the other committees are Bob Stefanowski and Steve Obsitnik.

With a budget of $1 million, the PAC supporting Stefanowski is spending 10 times more than CT Rising.

CT Rising was formed on July 10 to help Boughton, a publicly-financed candidate limited to a budget of about $1.6 million, to compete with two self-funding candidates, David Stemerman and Stefanowski, said Gregg Cogswell, a Torrington councilman who is chairman of the PAC. Its one commercial gently mocks Stemerman and Stefanowski for their former affiliations with the Democratic Party. 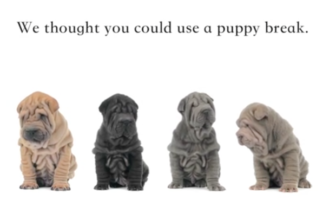 CT Rising uses humor to cut through the ad clutter, then take a jab at two rivals of Mark Boughton.

It talks about the 6,000 campaign commercials already aired in Connecticut and offers viewers “a puppy break.”

Previous donors to CT Rising include Linda McMahon, the WWE co-founder, former U.S. Senate nominee and major GOP contributor who now sits in President Trump’s cabinet as the administrator of the Small Business Administration. Cogswell said the check from McMahon was solicited; the one from Galante was not.

“To be truthful, I don’t know exactly how he found out about the committee,” Cogswell said. “It was not a phone call we made.”

He declined to talk about the $25,000 from two businesses in West Babylon, N.Y., saying only that all the donors were fans of the mayor, who is the party-endorsed candidate in the GOP primary on Tuesday.

“At the end of the day, these are just people I knew are supporters,” he said.

A spokesman for Boughton declined comment, referring all questions to CT Rising. By law, Boughton is barred from communicating with any independent-expenditure group supporting his campaign.

The limit on direct contributions to gubernatorial campaigns is $100 for candidates participating in the voluntary public-financing program and $3,500 to those who are not. But there is no limit on contributions to independent-expenditure groups.

CT Rising’s contributions and expenditures are modest compared to Protect Freedom PAC, which so far is supporting Stefanowski with more than $800,000 in television and digital advertising.