The criminal convictions of two close associates of President Donald Trump rattled him,  the White House and the Republican party last week — and changed the tone of politics in Connecticut as well as Washington, D.C.

Connecticut’s all-Democratic congressional delegation called the convictions of Trump’s former campaign manager Paul Manafort and lawyer Michael Cohen evidence of “criminality” in the White House, but all of them except Sen. Richard Blumenthal said it is too early to call for the president’s impeachment.

It is unclear how much impact the two felony convictions had on Trump’s standing with the public here, or its support for his party, since 67 percent of Connecticut voters disapproved of the president before the effect of that news was felt. This according to a Quinnipiac poll that also gave U.S. Sen. Chris Murphy a 59-39 percent edge over Republican nominee Matthew Corey.

(Speaking of Murphy, he has again gone after U.S. Education Secretary Betsy DeVos for her proposal to allow the use of federal funds to purchase firearms for teachers — a notion 5th Congressional District candidate Jahana Hayes, former National Teacher of the Year, also condemned.)

There was disagreement between two polls over whether Democrat Ned Lamont leads Republican Bob Stefanowski by 13 percentage points or only four in the race for governor. In any event, the Democrats wasted no time challenging Stefanowski’s pledge to eliminate the state income tax in eight years – a move they said would result in a massive shift to property taxes and rob the state of its best tool for capturing the revenue of a growing economy.

Lamont said he wants to restore Connecticut’s property-tax credit which has been eroded by the legislature over the years. He challenged his opponent to debate Sept. 5 where presumably their respective tax plans can be detailed. They might also get around to discussing the IRS’s move to block high-income, high-cost states like Connecticut from circumventing the new tax law’s cap on the deductibility of their state and local taxes.

Stefanowski, meanwhile, who has been laying low since the primary, will be shifting gears from a primary campaign to a pitch for the general election.

Lest voters should think there are only two candidates for governor, the Independent Party – after winning a court judgment giving it permission to cross-endorse a candidate or choose its own — is holding a convention today to decide whether to endorse Stefanowski, petitioning candidate Oz Griebel or Shelton Mayor Mark Lauretti, a Republican. 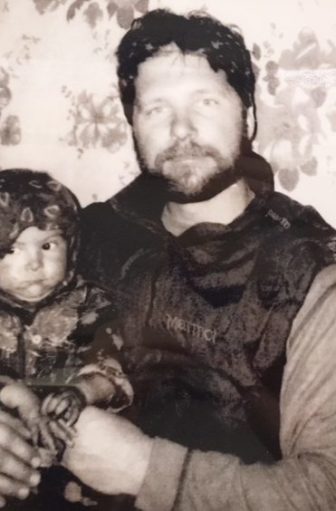 John Chapman’s photo on a memorial wall at the Legislative Office Building in Hartford.

It is counterintuitive that Connecticut should have a $138 million surplus right now even as the  Office of Fiscal Analysis projects state finances — unless adjusted — will run $2 billion in deficit in the first fiscal year after the November elections, a potential gap of 10 percent.

(The state will get some federal money, at least, to help cover the cost of damage from last May’s tornadoes. But the likelihood of  revenue from sports betting seems distant, considering that the legislature is showing no interest in a special session needed to approve it. The new head of the Connecticut Lottery is optimistic his outfit will produce new revenue, at least.)

That has not slowed Gov. Dannel Malloy’s effort to get the legislature to rebuild its aging and overcrowded transportation system and to help finance it with electronic tolls.

There are some things that transcend politics, however, and one of them was the heroism and sacrifice of the late Air Force Sgt. John Chapman, a Windsor Locks native who was posthumously awarded the Medal of Honor for helping save the lives of some 20 fellow airmen during an incident in Afghanistan.

The value of being an American is not lost on those who have applied to be citizens, and more of them than usual are now waiting for their applications to be processed. The backlog is so big that some Connecticut applications are being transferred to New York.