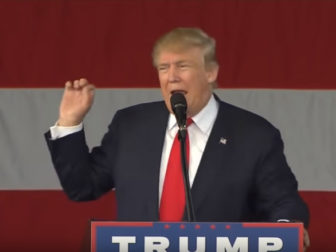 Washington – The political firestorm engulfing President Donald Trump because of the legal troubles of two close former associates has increased the temptation for Democrats to call for the president’s impeachment, but most of Connecticut’s lawmakers have joined their colleagues in holding back.

With the exception of Sen. Richard Blumenthal, Connecticut’s Democratic lawmakers are taking a wait-and-see attitude. They say special counsel Robert Mueller’s investigation should play out before they make a decision, although Rep. Jim Himes, D-4th District, said events may be moving lawmakers toward impeachment.

“It’s premature to push for impeaching the president before Special Counsel Mueller has completed his investigation,” Himes said. “While yesterday’s convictions and pleas may be moving us in that direction, we should wait until all the evidence is in front of the American people. It’s absolutely essential for the sake of our nation and our democracy that we get this right.”

The president is under siege due to the conviction Tuesday of his former campaign chairman Paul Manafort on tax and bank fraud charges, and the decision by his former personal attorney, Michael Cohen, to plead guilty to charges of tax fraud and campaign finance violations on the same day.

Blumenthal, who sits on the Senate Judiciary Committee, broke with his Connecticut colleagues by saying on Wednesday that “all remedies should be on the table,” including indicting the president, and not just impeaching him.

But even if Trump was involved in a hush money scheme in which the payments are determined to be unreported campaign contributions, there is some legal confusion about whether he can be indicted.

Trump would be able to appeal any indictment or subpoena all the way to the Supreme Court, which has never weighed in on the constitutionality of bringing criminal charges against a sitting president.

“I realize there are some real legal issues,” Blumenthal said.

He said Trump’s trial could be postponed until the president leaves office.

On Wednesday, White House press secretary Sarah Sanders continued to say that despite the legal problems of his former associates, the president has done nothing wrong.

“I can tell you as the president has stated on numerous occasions, he did nothing wrong,” Sanders said. “There are no charges against him in this.”

Blumenthal also joined a growing number of Senate Democrats Wednesday who said Brett Kavanaugh’s confirmation hearing for the Supreme Court — which GOP leaders hope to hold next month —  should be postponed.

“The possibility of criminal wrongdoing by the president, combined with existing doubts that Brett Kavanaugh believes a president can even be investigated, demand further review of this situation. Brett Kavanaugh’s hearing should be delayed,” said Dianne Feinstein, D-Calif.

While Blumenthal is bullish on taking action against Trump, other Connecticut lawmakers have not joined the largely grass-roots movement in their party calling for the president’s impeachment.

“This is a moment where the future of the presidency is at stake. This isn’t about politics or point-scoring, so I’ll take my time to come to a conclusion,” said Sen. Chris Murphy.”But I hope Republicans will also be willing to look at the facts and come to a non-political conclusion that’s best for the country.”

Rep. Rosa DeLauro, D-3rd District, said “(Tuesday’s) guilty plea from Cohen and the conviction of Manafort are further proof that Special Counsel Mueller’s investigation must continue unimpeded from President Trump and the majority in Congress.”

Rep. Elizabeth Esty, D-4th District, also said Mueller’s investigation into whether the Trump campaign was involved in Russian interference in the 2016 election should be allowed to continue without interference.

“We need to learn the full extent of foreign interference and any other improper activity in that election, in no small part to protect ourselves from present and future efforts to undermine the integrity of our elections,” she said.

About a third of Democrats in the House voted in January for drawing up articles of impeachment. And the issue has strong grassroots support among Democratic voters.

But Democratic leaders, including House Minority Leader Nancy Pelosi, D-Calif. have urged House Democrats to avoid talking about impeachment, but to focus on economic issues and step up their criticisms of “corruption” in the Trump administration instead.

On Wednesday Pelosi repeated that it’s  “not a priority” because the threat may motivate Trump voters.

For the same reason, Republicans are increasingly talking about the threat a Democratic-led House may pose to Trump.

They show a general unease among the American public who have been asked  if they would like to see Trump impeached should the Democrats manage to flip at least  23 seats, winning control of the U.S. House of Representatives.

It’s also very difficult to remove a president from office through impeachment.

Presidents Bill Clinton and Andrew Johnson were impeached, but both were acquitted by the Senate. Republicans suffered political fallout for their attempt to impeach Clinton.

There are three impeachable offenses: treason, bribery, and the more opaque “high crimes and misdemeanors.

The U.S. House has the responsibility of accusing the president of one of those three offenses, after which a simple majority vote in that chamber is needed for a president to be impeached.

That may be possible if Democrats wrest control of the House from the GOP in November’s elections. But a vote in the Senate, which is expected to remain under Republican control, is also required.

Under the U.S. Constitution, the impeachment vote in the Senate requires a two-thirds majority.