While the residents of the Carolinas struggled against devastating tides, torrential rain and winds from Hurricane Florence, the political wind blew in Connecticut. A lot of it, some would say, was hot air.

The big issue was around the gubernatorial election: What to do about the $4.6 billion in state budget deficits looming over the next two years for whomever is elected in 2018.

It may seem counterintuitive that three of the candidates running this season see cutting taxes as the answer to getting Connecticut out from under its enormous debt, but that’s what they were promising last week. 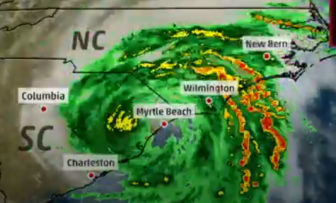 In a debate last Wednesday, Republican nominee Bob Stefanowski defended his plan to phase out the state income tax over the next eight years, but offered no specifics on how he planned to adjust government so it could operate without a tax that supplies 51 percent of the budget’s revenue.

His Democratic opponent Ned Lamont, meanwhile, has proposed $400 million in property tax relief and also said he wants to improve the performance of the public’s least favorite agency, the Department of Motor Vehicles.

Independent candidate Oz Griebel, meanwhile, laid out a detailed plan that would phase out business and estate taxes, but also drain the Rainy Day Fund and defer hundreds of millions in contributions to the state’s already underfunded pension and employee benefits fund.

Of course money and politics are inseparable subjects, and sometimes the connections are a little confusing. For example, while Connecticut taxpayers pay on average more federal taxes than those in most other states and the state relies on relatively little federal aid, Connecticut companies rate high in their receipt of federal contracts.

Some state money doesn’t rightly belong to those who have it, State Attorney General George Jepsen alleges. He’s suing a Florida-based pharmacy and various state employees for the involvement in an $11 million kickback scheme.

State Insurance Commissioner Katharine Wade, for her part, has granted rate increases of about 3 percent on individual and small group health insurance plans – considerably less than the 10 or 12 percent increases the companies were requesting.

U.S. Senator Chris Murphy, meanwhile, is spending some of his enormous campaign fund not on his own re-election bid, but on an array of state Democratic legislative candidates hoping to hang on to their tenuous majority in the state senate.

Included in his list of objectives is helping Lamont defeat Stefanowski by claiming that the Republican’s loyalty to Trump means that he would favor a Trump-style  weakening of the current health-care insurance system.

Stefanowski is a little strapped for campaign money right now, but the Republicans are outspending Lamont on TV ads. Stefanowski has denied being interested in eliminating health coverage for pre-existing conditions.

Despite plenty of partisan disagreement, the U.S. Senate has nevertheless managed to come to an accord on passage of a bill to combat the opioid crisis. The bill comes not a moment too soon, considering that, in Connecticut, opioid overdose deaths are at record levels and are expected to remain that way next year.

The senators will return to their partisan ways when they reconvene over the confirmation of Supreme Court nominee Judge Brett Kavanaugh. Connecticut Sen. Richard Blumenthal, for his part, is suing for disclosure of White House documents related to Kavanaugh’s work there for President George W. Bush.