Pointing to false testimony by famed state criminologist Henry Lee, two men who have spent nearly 30 years in prison for a murder they steadfastly insist they didn’t commit asked the state’s highest court on Thursday for a new trial.

Shawn Henning and Ralph “Ricky” Birch were wayward teens in 1985, living in a stolen car and burgling houses in the New Milford area. When a 65-year old local man named Everett Carr was brutally murdered in what looked like a home burglary, the two were hauled in as suspects.

They soon confessed to stealing the car and to four area burglaries, but insisted in the face of relentless police questioning that they had nothing to do with the Carr murder.  And, there was no forensic evidence that they did.

Nonetheless, Henning and Birch, 17 and 18 at the time of the crime, were convicted in 1989 of the Carr murder and given prison sentences of 50 and 55 years, respectively.

On Thursday, lawyers for the two now-middle-aged men argued before the State Supreme Court, orally and in briefs, that the convictions were precipitated by erroneous testimony by Lee, inept lawyering, and coerced witnesses. The hearing was an appeal from a 2016 Superior Court decision that rejected their habeas corpus petition.

Henning, who was at Thursday’s hearing, was released on probation to a halfway house this summer, thanks to a state law that gives persons convicted of crimes committed when they were juveniles a “second look,” and a chance for probation, after they have served the bulk of their sentences. Birch, who has served 29 years of his 55-year sentence, remains in prison.

The state faced a challenge at trial.  Though this was one of the bloodiest crime scenes anyone connected to the case had ever seen, there was no blood, hairs, fibers or other forensics evidence on Birch and Henning’s clothes, shoes or stolen car. How was that possible?

The state brought in Henry Lee, then head of the State Police Forensic Laboratory, as an expert witness. Lee opined that the assailants “maybe” could have committed the slashing murder without getting blood on them, noting that the splatter pattern of blood on one wall was uninterrupted, which suggested no one was standing in front of it.

This seemed unlikely, because, as Lee himself acknowledged, the scene was “dynamic,” meaning people were moving around, and because the assailants — police believe there were two — traipsed Carr’s blood into several other rooms. 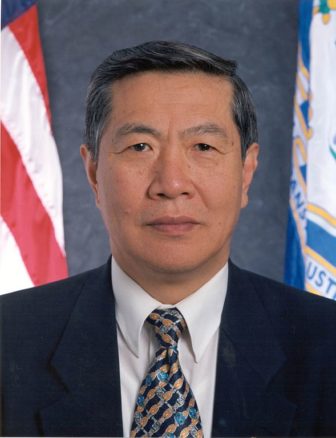 Lee had an answer. He said there was a towel in an upstairs bathroom with a brown stain on it. He said he tested the towel and found the stain was “positive consistent with blood,” which opened the possibility the assailants used it to wipe themselves off. Indeed, the prosecutor in Henning’s trail (they were tried separately)  told the jury to “Remember the bloody towel in the upstairs bathroom. It gave them an opportunity to wash . . .”

But in fact the towel had never been tested, and when it was, years later, the brown stain turned out not to be blood, lab technicians testified at the habeas trial. The state argued that Lee simply made a mistake, and that it, in effect, didn’t really matter. Lawyers for Henning and Birch, W. James Cousins and Andrew O’Shea respectively, argued Thursday that it mattered considerably because expert forensic testimony presented to a jury in a criminal prosecution is “potent and convincing.”

Both argued that the state knew — Lee was a state employee — or should have known that the testimony was false, and that offering it prejudiced their client. This seemed to resound with Justice Steven Ecker, who noted that Lee would be a “powerful witness,” and that it is hard to say that Lee’s testimony “couldn’t have had an effect on the jury.”

Cousins and O’Shea also raised questions about another point of forensic evidence, a bloody footprint next to Carr’s body. Cousins said Henning’s trial counsel, now-deceased public defender Carl Eisenmann, failed his client by not bringing in an expert to measure the shoe size of the print.

The footprint was preserved. At the habeas trial  in 2015, former FBI agent William Bodziak, an expert in footprint impressions,  testified that the shoe that made the print was much smaller than either Birch or Henning’s shoes.

The strongest part of the state’s case against Birch were the statements of two jailhouse snitches, who received considerable benefit from the state for their testimony that Birch told them he had killed an old man in a burglary.

One of those snitches has since recanted his testimony, while the other claimed Fifth Amendment rights against self-incrimination, but four witnesses who testified at the habeas trial said the second man told them he lied about Birch’s statement. Not impeaching the snitches, notoriously unreliable witnesses, was part of the claim by Cousins and O’Shea that their clients endured ineffective representation of counsel.

The state, represented Thursday by Assistant State’s Attorney Michael J. Proto, essentially supported the 2016 habeas decision, arguing that lawyers for the two defendants were not ineffective.

The matter continues on Friday when justices are scheduled to hear a separate petition for a new trial based on DNA testing. Between 2007 and 2013, more than two dozen items in the home were tested for DNA, and a DNA profile of an unknown person was found mixed with the victim’s in several places connected with he crime. No DNA evidence linking Birch or Henning to the crime was ever discovered.

The case has had an unusual procedural history. It was sent to the state Appellate Court, which transferred it to the Supreme Court in June, saying there were two “important issues of first impression” that will require Supreme Court resolution.

Second, when a state witness has provided incorrect testimony that is material to the case, of which the state has imputed knowledge, what is the standard the court should utilize in assessing whether the testimony should result in a new trial?

Henning and Birch await their decision.