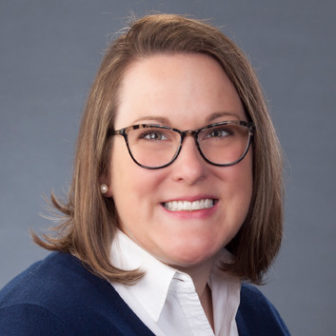 Gov.-elect Ned Lamont, who went outside the State Capitol for a chief of staff and budget director, rounded out the top echelon of his staff Monday with two experienced insiders: Superior Court Judge Robert W. Clark as general counsel and Colleen Flanagan Johnson as senior adviser overseeing strategy and communications.

Before his appointment to the bench last spring, Clark was special counsel to Attorney General George Jepsen, representing Jepsen at the General Assembly on a wide range of issues, including one demanding prompt attention from Lamont: sports betting and its impact on Connecticut’s relationship with its two tribal casinos.

Flanagan Johnson, a communications executive at Cigna and former vice president of external communications at Magellan Health, was the communications director for Gov. Dannel P. Malloy’s during his first year in office, then handled communications for the Board of Regents for Higher Education.

“Robert and Colleen are experienced public servants who are deeply committed to helping Connecticut become more inclusive and prosperous for all,” Lamont said in an emailed statement. “They are eager to get to work, and I welcome them wholeheartedly into my Administration.”

Flanagan Johnson, who will have the title of senior adviser, also served on the staff of former U.S. Sen. Chris Dodd, as did Ryan Drajewicz, the Bridgewater Associates executive who was named last week as Lamont’s chief of staff. Flanagan Johnson handled press for Dodd’s Senate office, as well as his ill-fated campaign for president in 2008.

For Lamont, the announcement said, she will oversee the “communications operation, and provide strategic counsel to the Governor and other senior officials on communications, policy, and political matters.” It is a job description that sounds similar to the broad portfolio overseen in Malloy’s first term by Roy Occhiogrosso, who was a trouble-shooter and senior adviser.

Clark, 47, who lives with his family in Durham, was confirmed to the bench in May and now presides over juvenile court in Bridgeport.

“I am deeply honored and humbled to have been chosen by Governor-Elect Lamont to serve as his General Counsel,” Clark said. “I look forward to serving the new administration at this critical juncture for the State of Connecticut.”

It was unclear when Clark would resign as a judge.

Jepsen said Clark’s experience at the attorney general’s office — where he needed to be adept in law, policy and politics — makes him an ideal choice.

“There is simply nobody better qualified than Bob, nobody close,” said Jepsen, a co-chair of Lamont’s transition team. “He is a superb lawyer, understands the legislative process and has excellent bipartisan relationships with everyone who matters.”

Flanagan Johnson, 36, lives in West Hartford with her husband, Michael Johnson, who is a lobbyist with Sullivan & LeShane, and their daughter.

“I’m looking forward to working with the Governor-elect on shaping an Administration that is dynamic, entrepreneurial, and inclusive,” Flanagan Johnson said. “He has a clear plan for taking Connecticut’s economy to the next level, and I am ready to help convey that vision to the people of this state.”

Occhiogrosso, who was not involved with the Lamont campaign, said Flanagan Johnson would be able to help the new governor quickly acclimate to the ways and personalities of the State Capitol and Legislative Office Building.

At the Board of Regents, she survived a controversy over unauthorized raises that cost two other higher-education officials their jobs.

With the selection last week of Melissa McCaw as the secretary of policy and management, whose primary role will be managing the state budget, Lamont now has his senior staff largely in place, a week before the incoming administration is expected to receive policy recommendations from 15 transition working groups.

Lamont, a businessman who ran for U.S. Senate in 2006 and governor in 2010, will take office as Connecticut’s 89th governor on Jan. 9, six days after his 65th birthday. His government experience is limited to a term as a selectman and three terms on the finance board in Greenwich.