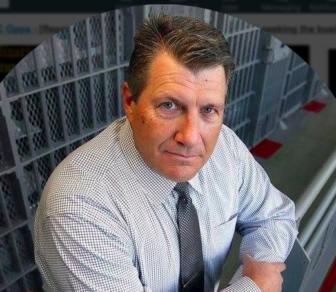 With the pick Wednesday of Rollin Cook of Utah as Connecticut’s next correction commissioner, Gov.-elect Ned Lamont won what criminal-justice officials say was a national recruiting battle for an up-from-the-ranks prisons official with a reputation as a reformer and innovative leader.

Scott Semple, who is retiring as commissioner, said the Lamont administration has landed a corrections leader in great demand as incoming administrations in several states conduct national searches for executives with the skills to lead prison systems in a transformational era for penology and criminal justice.

“In my view, Connecticut arguably is getting the best available commissioner that was out there,” said Semple, who has led a campaign in Connecticut to shift the mission of its prisons from punishment to rehabilitation. “I don’t think we could have done any better.”

Ryan Drajewicz, the governor-elect’s transition director and chief of staff, said the administration quickly moved to hire Cook after a national search identified him as a leader willing and able to build on the changes brought by Semple with the support of Gov. Dannel P. Malloy.

Cook’s familiarity with Semple’s approach helped Lamont sell Cook on Connecticut in a series of telephone interviews, he said. Cook accepted the job without a face-to-face meeting with Lamont or a trip to Connecticut, a state he has never visited.

“A lot of this is standing on the shoulders of the good work done by the current governor and Commissioner Semple — just an opportunity for us to leverage that,” Drajewicz said. “It’s easy to recruit people into an agency such with the good work that’s been done before.”

Cook stepped down this year after five years as executive director of the Utah Department of Corrections, where he oversaw a system with 2,200 employees and more than 7,000 inmates in five community correction centers and state state correctional facilities.

He previously was a correctional officer, sergeant, lieutenant, captain and chief deputy in the Salt Lake County Sheriff’s Office.

“Rollin Cook is a national expert and a leader in his field, and brings to this role experience as both a correctional officer and as an executive manager,” Lamont said in a statement announcing the pick. “His focus on criminal justice reform – and in particular, rehabilitation and reentry – align with the policies I outlined during my campaign. Rollin has proven himself to be a partner with reform advocates, the law enforcement community, and correctional officers alike. That kind of collaboration is necessary for Connecticut to continue to be a leader in this area.”

Cook will take over as commissioner-designate upon Lamont’s inauguration on Jan. 9, with his permanent appointment subject to confirmation by the General Assembly.

“Connecticut has been a leader in the field of criminal justice reform and I look forward to continuing that important work in this new role,” Cook said in a statement released by the Lamont transition team. “Throughout my career, I’ve been able to bring all sides to the table and forge consensus, and that will be my approach in this new role, as well. I look forward to holding early and frequent conversations with formerly incarcerated people and members of the communities most heavily impacted by mass incarceration.”

In Utah, Cook left to praise from the state’s Republican governor, the ACLU and the Utah Prisoner Advocate Network. He was credited as an advocate for his staff, seeking money for raises, and as the author of better policies for inmate visitations, mental health and restrictive housing.

“He was always responsive to our concerns about the health, safety, and housing of inmates, as well as favoring increased transparency of prison policies and conditions,” Brittney Nystrom, executive director of the Utah ACLU, told the Salt Lake Tribune. “We hope to continue these same shared goals with his successor.”

His department was criticized during his tenure over the failure to disclose medical records demanded by a judge in a death-penalty case. According to the Tribune, Cook said at the time that his department had not tried to deceive the court and had taken steps to correct its errors.

In Connecticut, Cook will take charge of a prison system that has benefitted from a falling crime rate, the repeal of some mandatory-minimum sentences and the decriminalization of marijuana possession. The prison population has fallen from more than 19,000 inmates in 2008 to 13,203 on Wednesday.

The Malloy administration has taken advantage of the drop to repurpose one men’s prison as a community reintegration center, where inmates are prepared for release with counseling preparing them to find jobs and housing. A portion of a women’s facility also has been reopened as a reintegration center.

A cellblock in Cheshire, a maximum-security prison, is now a special unit for inmates 25 and younger, a volatile demographic group responsible for a disproportionate share of disciplinary incidents. Semple says the unit, where staff is specially trained and older lifers are employed as mentors, is an unqualified success by several metrics, including the safety of staff and inmates.

Michael P. Lawlor, who is Malloy’s criminal-justice policy adviser, said Cook is corrections official in the same mold as Semple — a burly, if soft-spoken man who has walked the corridors of prisons and jails as a correctional officer, then imposed reforms as a leader. Like Semple, Lawlor said the Lamont administration did well to recruit Cook.

“It’s worth noting that when you get this sort transition going on in several places, finding a good correction commissioner is like getting the best NFL coach,” Lawlor said. “They don’t stay on the market for a long time.”