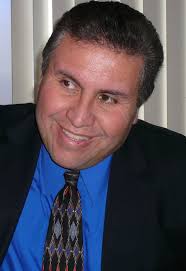 The leadership of the legislature’s Education Committee will be almost completely new this session, but the many of the committee’s perennial issues — education funding and the state’s achievement gap — are likely to continue to be center stage.

Rep. Robert Sanchez, D-New Britain, a new co-chairman of the committee, said he believes that the state’s Education Cost Sharing formula — used to distribute the state’s main education grant — needs to be tweaked or possibly reworked.

He said that many school systems are still getting the same amount of money they got years ago.

“If we tweak the formula it may be that some towns will get less, but that makes sense if you are down 50 children,” Sanchez said. “There’s a lot to look into. We have to sit down with the unions, the local boards of education. I want everyone at the table.”

But Senate Minority leader and Education Committee member Len Fasano of North Haven said that the latest iteration of the cost sharing formula was achieved through a bi-partisan effort and that it should be maintained.

“It took into account all of the factors that are important: the Grand List, poverty, [English Language Learners] ….” Fasano said, mentioning several other factors. “This went through many eyes: Republicans, Democrats, the administration… Any talk about changing the formula disturbs me. In fairness, we came up with the answer.”

The fact that the legislature tilted Democratic in the recent election, Fasano said, shouldn’t be reason to change a formula that was achieved through a “fair, transparent and honest process.”

The new Senate ranking member of the education committee, Sen. Eric Berthel, R-Watertown, was out of town and couldn’t be reached.

“Personally, I think we need to start all over and scrap ECS,” he said. “There’s nothing wrong with starting over. What we have done hasn’t worked for awhile.”

McCrory said another priority for him is reducing the “opportunity gap” for students who are not achieving at acceptable levels, as well as raising the achievement levels of students who are already doing well.

National tests have shown that Connecticut’s achievement gap between socio-economic and racial groups has narrowed a bit for certain grades and subject areas and widened for others, but still remains one of the largest in the country.

Another key issue for education legislators is charter schools, which are public schools that are publicly-funded and privately managed. Sanchez said he hasn’t been “a real big supporter of charter schools,” but he has been willing to compromise.

“My biggest feeling is we really need to work on the [neighborhood] public school system and fix whatever we can there before we start concentrating on opening up new charter schools,” Sanchez said.

Fasano said he is concerned about the way charter schools are funded. “Right now they are a line item, susceptible to be taken out of the budget in any given year,” Fasano said, leaving charter operators “on pins and needles.”

He said legislators need to consider whether to include funding for charters in the Education Cost Sharing grant. 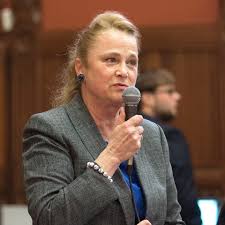 Sanchez, who worked with pre-school children for 20 years, said another key issue for him is obtaining fair salaries for pre-school teachers.

“They are the lowest paid teachers,” he said, adding that teachers have been told to get their associate’s and bachelor’s degrees, but still aren’t making much money.

Sanchez was vice-chairman of the Education Committee last year.

Sen. Beth Bye, D-West Hartford, was named co-chairwoman of education but then was tapped by Gov.-elect Ned Lamont to lead the Office for Early Childhood.