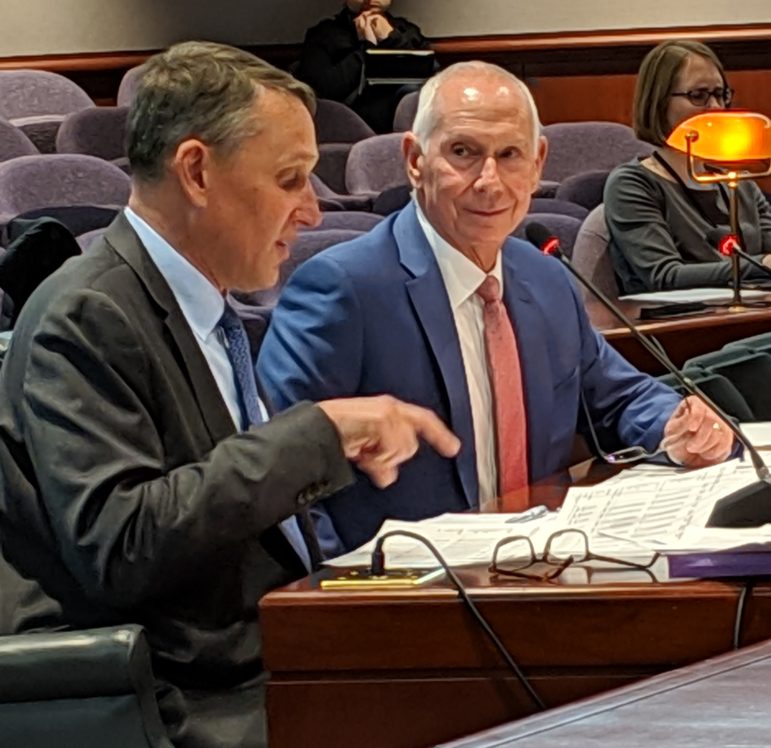 The leaders of Connecticut’s public institutions of higher education did not mince words with legislators Thursday: they are grateful  Gov. Ned Lamont has essentially flat-funded their budgets given the state’s dire financial situation, but said the lack of more robust funding is taking a toll.

The rising cost of the state’s unfunded benefit and pension liability is burdening students with higher tuition, they said, and it is making it harder to win research grants, as well as more difficult for UConn Health to find a partner.

In her eighth and final presentation to the Appropriation’s Committee, University of Connecticut President Susan Herbst, who is stepping down from the presidency this summer, said she hopes the General Assembly can maintain Lamont’s recommended level of funding for UConn and UConn Health — flat funding plus collective bargaining increases. That’s $328.6 million in Fiscal Year 2020 for both UConn and UConn Health.

“At the same time, I would note that if approved, it would mean that UConn will receive the same level of appropriation in 2020 as we did way back in 2008, 12 years ago,” Herbst said.

However, Ojakian said, “I need to be clear that if CSCU’s appropriation remains as proposed, the state college and university system will face a $57 million shortfall, leading in turn to tuition increases, cuts that continue to harm our institutions, drawdowns of dwindling reserves, or some combination.”

Andy Agwunobi, chief executive officer for UConn Health, was the only leader to directly ask for a sum of additional money: $30 million. Agwunobi emphasized the growing strength of UConn Health — noting that net patient revenue has grown by 40 percent over the last five years.

However, he said, “Unfortunately, fringe benefits costs are outstripping our efforts to grow revenues and control expenses, essentially becoming unsustainable.”

While UConn Health has been able to absorb those increases internally in recent years, he said, the increases projected for the next two years will make it impossible to “balance the books” without additional dollars. He said UConn Health’s total fringe benefits costs are projected to be $40 million more in Fiscal Year 2020 alone.

He said current projections show  that UConn Health will need an additional $30 million — on top of Lamont’s proposed amount —  to ensure a positive cash balance throughout the year.

All of the leaders talked about the financial difficulties their institutions have faced in recent years and their efforts to cuts costs and increase revenues. 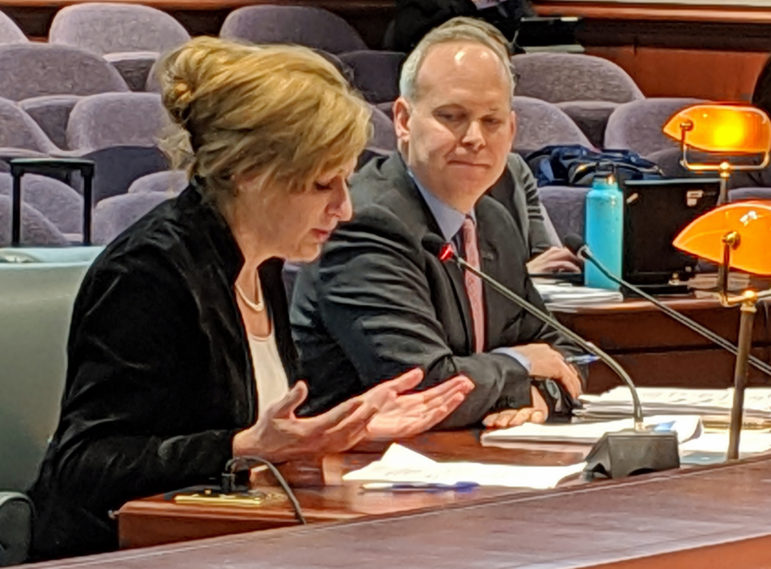 Herbst said that the biggest impact of the combined $166.4 million in reductions, fund sweeps and recissions in state support over the last ten years is that “we have been forced to hire fewer tenured faculty than we would like to, and we are hiring at a much slower pace, relying more on adjuncts.”

If the university had greater financial resources, Herbst said, it would hire more tenured faculty in key areas — such as the science, technology, engineering and math fields — who would bring in more external research funding to benefit students and the state.

The lack of additional faculty also means that the university’s new laboratories are not being employed to the “fullest extent” possible, Herbst said.

She said that as with every state agency, the cost of fringe benefits at UConn has “grown exponentially, mainly due to the unfunded pension liability.”

Herbst said that “unlike every other state agency, however, UConn and UConn Health’s non-state funds — like tuition, grant funds and clinical revenues — are required to cover the majority of fringe costs for employees.”

“The big story for UConn financially is that our students are paying for the unfunded pension liability in the state of Connecticut,” Herbst said.

Scott Jordan, UConn’s chief financial officer, told the legislators that of every dollar spent on salaries for employees in the State Employees Retirement System, 64 cents goes toward fringe benefits with about half of that going toward the unfunded pension liability.

Herbst said this hurts UConn as it competes for research grants because  funders are aware that compared to other institutions, a larger percentage of the research grant will go to cover fringe benefits.

Jordan noted that about $25.5 million in funds paid by students — tuition, room and board — goes toward paying fringe benefits with about half that amount directed to paying the unfunded liability portion for the State Employees Retirement System.

“The big story for UConn financially is that our students are paying for the unfunded pension liability in the state of Connecticut,” Herbst said. 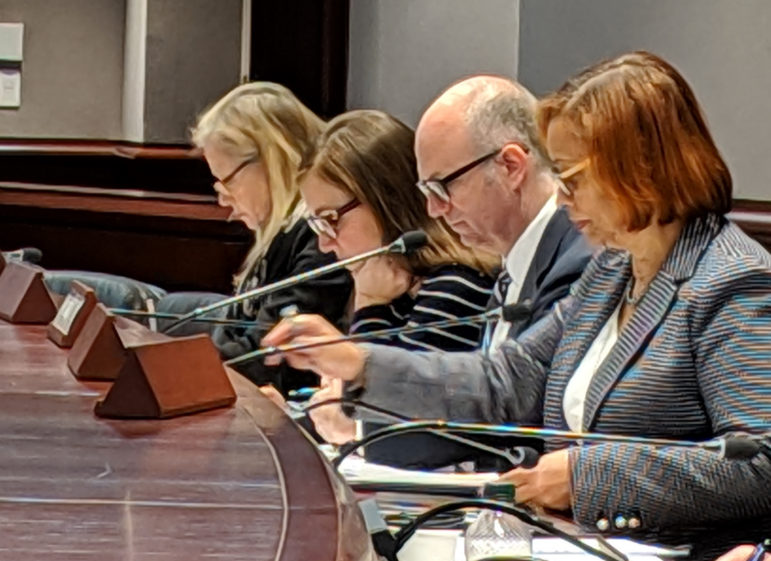 Sen. Mae Flexer D-Killingly said, “I think the legislature should frankly be ashamed of itself for how much of these liabilities we’re putting on students at UConn and at all of our public institutions of higher education. It’s a real shame and we need to step up and do our job and pay for those costs and not put them on the back of students and families. ”

Agwunobi said that UConn health has been exploring the possibility of a public-private partnership. “With or without that partnership, the high fringe benefit cost would have to be addressed because any potential partnership.. ..would not want to take that on …”

Ojakian also talked about fringe benefit costs, noting: “The fiscal challenges that face CSCU mirror those that plague the state as a whole. Rising fringe benefit costs associated with state efforts to finally fund our state employee pension system are crowding out other spending.”

To balance the budget in the face of low state support and declining enrollment, Ojakian said,  “we have cut away at critical services and supports that our students need to succeed at our institutions.”

For instance, he said, budget cuts and the hiring freeze have resulted in advisor-to-student ratios of 842 to 1 at the system’s four state universities and 923 to one at the community colleges.

Ojakian said that’s “well above established standards and much too high to help students succeed.”

“Every time we have to make cuts to services that help students,” he said, “we are making it more difficult for our students to succeed.”