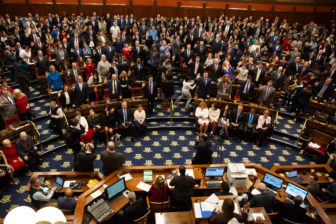 Gov. Ned Lamont addresses both chambers of the General Assembly.

A state study panel is recommending no pay raises be given next term to either the General Assembly or constitutional officers.

The Commission on Compensation for Elected State Officers, which generally meets once every two years, voted unanimously Thursday to retain a salary structure that has been in place since 2001.

“We looked at what the compensation is in other states for the legislatures and we are in the ball park,” said commission chairman Richard J. Balducci, who was Connecticut’s House speaker from 1989 through 1993.

A 2018 report from the National Conference of State Legislatures confirms Balducci’s assessment.

Of the 39 states that set an annual or biennial compensation rate, 21 exceed Connecticut’s $28,000-per-year base pay for senators and representatives, while 18 pay less. In addition, New Mexico provides no salary for its legislators.

Nine other states pay their legislators on a daily, weekly or sessional basis, rather than on a set annual amount.

“The committees meet much more often now when they’re not in session,” he said, adding that this generally didn’t happen in decades past  unless a study had been mandated or the full legislature was in special session.

But Balducci added, “I see that as voluntary” service.

More importantly, he said, neither legislators nor statewide officers have been urging the committee in large numbers to consider raises at this time.

“I just didn’t feel, in these economic times, that we can ask people to pay for raises,” he said, adding that the commission recommended a 10 percent pay hike for legislators in 2015, and the General Assembly opted not to act on the recommendation. 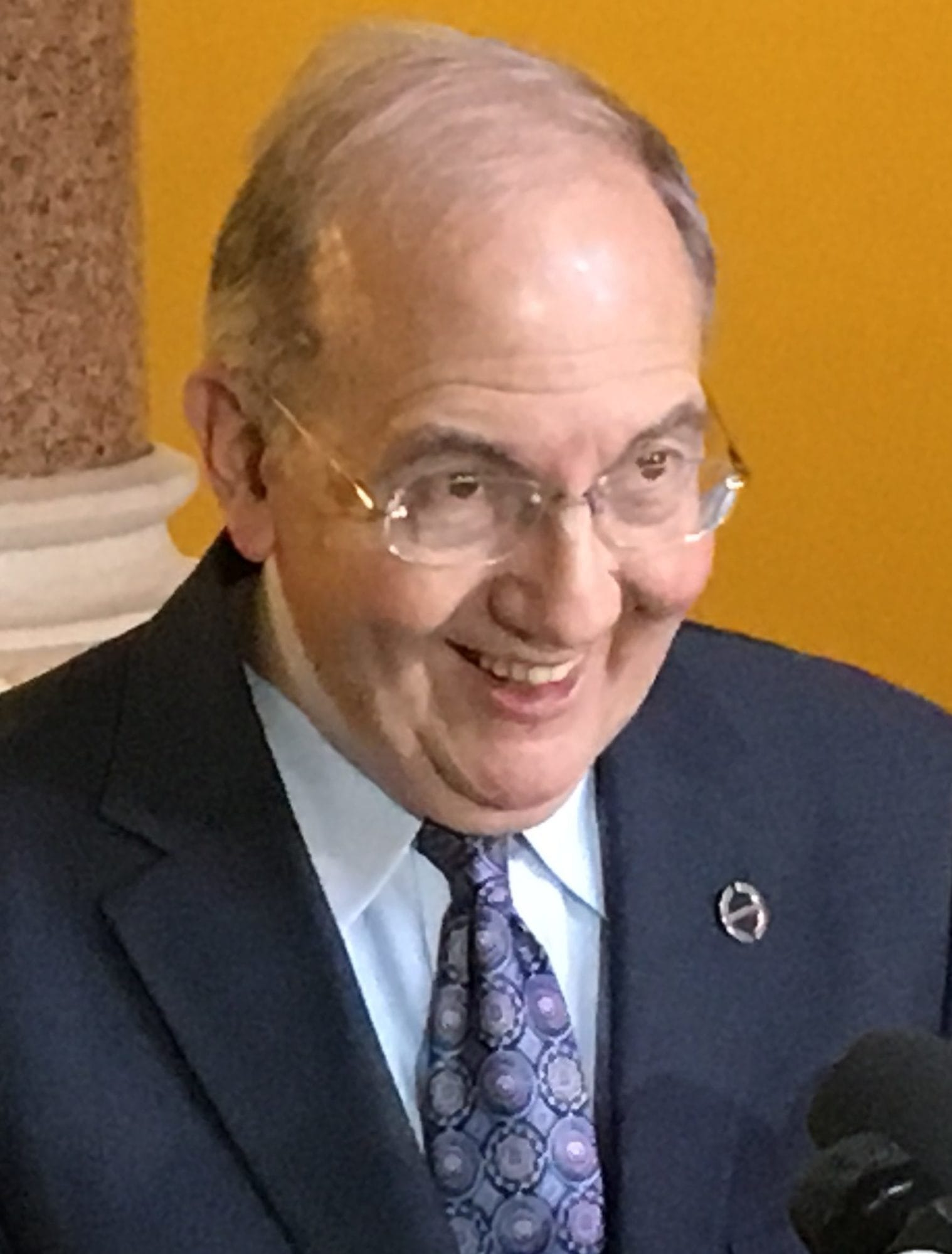 Spokespeople for House Democrats and for House and Senate Republcans declined to comment Thursday.

The development of social media coupled with continued growth in e-mail also represent a huge responsibility that past decades’ of legislators never faced, he said. “The sheer number of communications we get from constituents and others he exploded,” Looney said.

Some critics of Connecticut’s legislative compensation system argue it is deceptive. 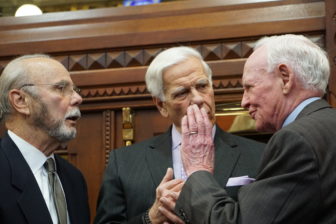 Although the base pay is $28,000, most legislators hold leadership titles that raise their wages. Compensation for leaders ranges from $30,403 to $38,889.

Legislators receive mileage reimbursement for their travel. In addition, the state provides $5,500 yearly to senators and $4,500 to representatives for expenses they don’t have to document.

The compensation commission’s sole power is to make recommendations. Only the legislature can approve pay increases for itself and for the constitutional officers — and those pay hikes cannot start until the following term.

The legislature last ordered pay hikes in 2000, and they took effect in 2001.

Gov. Ned Lamont has said he won’t accept a salary while in office.

One thought on “Panel: No pay hikes for legislators, statewide officers”