Herbst, other UConn officials, racked up $214,000 of unused vacation time above policy limit 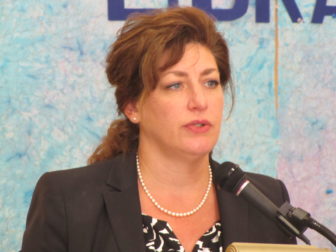 And while Herbst now says she will forfeit the 54 days she accrued above the 60-day limit, she still is eligible to receive $156,279 for the rest of the unused vacation time when she leaves state service.

In addition, university records show 12 other management-level personnel were granted multiple exceptions to accrue more than 60 vacation days between 2013 and 2017, while two additional administrators received cash payouts in recent years that included unused vacation days in excess of the 60-day limit.

Rep. Carol Hall of Enfield, the ranking House Republican on the Higher Education and Employment Advancement Committee, said given the rising cost of tuition at public colleges and universities, there needs to be greater oversight on administrative compensation.

“It flabbergasts me,” Hall said of the repeated exceptions to the vacation policy. “And then when you look at the tuition these kids are being saddled with. There’s got to be a better oversight system. How involved are the trustees?”

On paper, UConn has a more restrictive vacation policy than some other segments state government. Depending on union contracts and other labor policies, some employees outside of UConn are permitted to accumulate up to 120 vacation days before they begin losing time.

But while UConn sets the limit at 60, its policy does allow for a one-time exception.

The administration, under “exceptional circumstances,” may allow a manager — who receives 22 vacation days per year — to carry more than 60 days over from one year to the next, “with the understanding that they will be used that year and the accrual will not exceed 60 again.”

She first cleared the 60-day mark in unused vacation time when she closed 2014 with 60.75 days. Further exceptions granted after each of the subsequent four years steadily elevated her banked amount to its present level of 113.94 days.

“It flabbergasts me. And then when you look at the tuition these kids are being saddled with. There’s got to be a better oversight system. How involved are the trustees?”

When approached by the CT Mirror, Herbst said through spokeswoman Stephanie Reitz that she won’t accept a cash payout for the overage, and that the 54 bonus days will be removed from the books when she leaves the presidency this fall.

But there are other administrators who have been granted multiple exceptions on their way to banking more than 60 vacation days.

Six exceptions to the 60-day vacation limit were awarded to: Rachel Rubin, who is Herbst’s chief of staff; Pamela Schipani, executive director of residential life; and Susan Locke, executive secretary to the Board of Trustees.

University policy also makes no provision to pay out employees for more than 60 days of unused vacation time. “In cases where unused vacation cannot be used, the individual will be paid for vacation accruals documented on the leave record up to a maximum of 60 days,” it states.

But Reitz confirmed that two employees received payouts in excess of the 60-day limit over the past five years.

And Debora Romano-Connors, who was associate executive officer for IT projects, was paid $42,040 for 70 unused vacation days.

“When the (IT) department reorganized and downsized, there wasn’t enough time for them to take their excess vacation days before their departure dates,” Reitz said, adding that “demands on their time are frequent.”

Where did the authority to grant these multiple exceptions and payouts come from?

Reitz wrote that the trustees can modify any policy, or delegate the power to modify. “The current management policy, in part, reflects the delegation of authority to the president,” she wrote.

Reitz added that Herbst’s personal exceptions were approved by the chairman of the Board of Trustees.

Lawrence D. McHugh, who served as chairman of the Board of Trustees from 2009 through 2017, could not be reached for comment Wednesday.

His successor, Thomas Kruger, who took over the post in December 2017, issued a written statement.

“The longstanding practice of the university has been to cap vacation-day accrual and payout at 60 days for UConn employees, subject to authority in the president, exercised on a case-by-case basis, to permit employees to carry forward more than 60 days in circumstances warranting an exception,” Kruger wrote.

He added that the president acts “under authority of a board resolution, adopted in 2013 … which delegated to the president the authority to approve compensation and benefits of university employees.”

When asked to provide examples of an “exceptional circumstance” that might warrant waiving the vacation time limit, Reitz offered a manager assigned to a major project, or otherwise assigned temporary, extra duties. She added these exceptions are awarded on a case-by-case basis.

Herbst, who has been president for the past eight years, won’t be eligible to take any payout until she leaves state service, and that won’t happen when she steps down as president this fall. That’s because she intends to begin teaching political science at UConn.

Her salary for that post isn’t fixed yet, but Reitz said it would be equal to the highest faculty pay — excluding department heads and instructors at the UConn Health Center in Farmington.