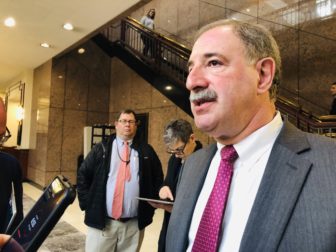 Despite fresh optimism at the Capitol and a change of heart by the state’s medical society, leaders of the legislature’s Public Health Committee could not muster enough support Monday to advance a controversial measure allowing doctors to prescribe a lethal dose of medication to terminally ill patients.

State Rep. Jonathan Steinberg, a co-chair of the Public Health committee, said “strongly held” religious beliefs among lawmakers, coupled with concerns from people with disabilities, prevented the bill from advancing to the House floor.

“This is as close as we’ve ever gotten,” said Steinberg, D-Westport. “You could argue it was nip and tuck for a while. But we didn’t have the votes.”

He declined to say how many votes short the committee was of a favorable action.

The bill’s chances of success next year also are low, Steinberg said, since several members are holding firm in their opposition.

“Modifying the bill in and of itself would not necessarily change any votes. So I think we would probably be looking to a new legislature,” he said.

Last month, Democrats on the committee were encouraged by the Connecticut State Medical Society’s decision to end its resistance to the legislation, instead adopting a position of “engaged neutrality,” meaning it would allow its doctors to decide whether they wanted to prescribe the lethal medication.

But getting the bill out of committee proved difficult. A vote originally scheduled to take place Friday was postponed. And without the needed support, lawmakers declined to take up the issue at the committee’s final meeting Monday.

“We lobbied very hard,” Steinberg said. “I don’t think I’ve ever used as much powers of persuasion to try to convince some members of my own caucus who I needed to win over. I had no support at all from the Republican caucus. And unfortunately, we fell just shy of being able to get it out of committee.”

The measure has been raised many times in Connecticut, including as recently as last year, but has never made it to the House or Senate floor. The bill would have allowed physicians to prescribe a lethal dose of medication to patients who have six months or less to live and who are in dire pain. Patients would have been required to submit two written requests for the drug, and the bill mandated that doctors inform them of the risks and alternatives. 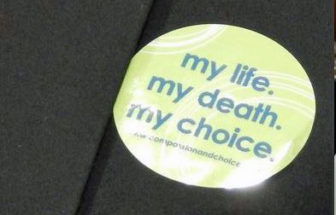 Proponents remained hopeful that the bill would pass in the near future.

Last week, the New Jersey legislature passed a measure legalizing aid in dying, and Gov. Phil Murphy has vowed to sign it. It is legal in Washington D.C. and seven states: California, Montana, Colorado, Hawaii, Oregon, Vermont and Washington.

Children who watched their parents die in agony and residents with terminal illnesses pleaded with lawmakers at a public hearing in March to advance the bill.

A daughter who watched her mother decline “into a skeleton” wrote to lawmakers urging them to act. A Tony award-winning actor from Weston visited the Capitol to share the story of his wife’s painful journey with pancreatic cancer.

But religious groups and people with disabilities have denounced the measure, saying they were concerned about coercion or misdiagnoses.

Peter Wolfgang, head of the Family Institute of Connecticut, said Monday that he was pleased with the outcome.

“It fails every year because there is no way you can ever make this right,” he said. “It is never right to license doctors to prescribe suicide as a treatment and to grant immunity to the people that help you kill yourself.”

Tim Appleton, Connecticut director of Compassion and Choices, a national advocacy group, called the decision “beyond disappointing,” but remained hopeful about the bill’s chances in the near future.

“While many of the supporters of the bill who brought their stories to the public hearing last month will get no relief, let’s be clear: This bill will become law in Connecticut someday soon,” he said. “After two decades of experience with the law in Oregon, without any of the dire consequences predicted by opponents, legislatures across the country are passing aid-in-dying bills. Connecticut will do the right thing.”