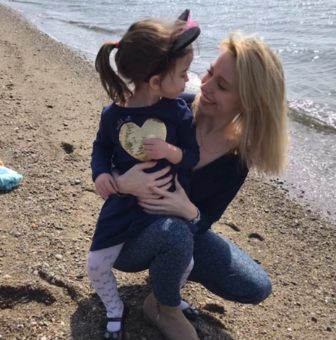 Despite a push by Hillary Clinton on Twitter and direct lobbying by Lt. Gov. Susan Bysiewicz and others, the State Elections Enforcement Commission unanimously concluded Wednesday that publicly financed candidates for state office in Connecticut cannot use campaign funds for child care under current rules.

Gov. Ned Lamont and Bysiewicz quickly urged the General Assembly to accept the commission’s invitation to change the state’s campaign finance laws to make child care a legitimate campaign expense under the terms of the Citizens’ Election Program, a reform passed in 2005 to provide public campaign financing for state offices.

“Preventing parents from using these funds to care for their children while they operate a campaign puts a barrier in place that will end up discouraging people from running for office — the exact opposite of what this program was intended to accomplish,” Lamont said. “We should be doing more to encourage women to run for office, and that is why I am urging the General Assembly to fix this wrong.

“Send me legislation clearly stating that childcare is a permitted campaign expenditure, and I will sign it into law.”

The deadline for proposing new legislation is past, but Sen. Mae Flexer, D-Killingly, the co-chair of the Government Administration and Elections Committee, said she intends to amend a pending campaign-finance bill to address the issue.

“I think we have to do it this year, and I thought the elections enforcement commission would reach a different decision,” Flexer said.

The declaratory ruling was sought by Caitlin Clarkson Pereira of Fairfield, an unsuccessful candidate for the state House of Representatives last year. Child care became an issue when her daughter’s father had to travel for business.

“I may have done two or three hours of door knocking that entire week,” she said. “When it’s hot out, you can’t bring a three-year-old around.”

At issue for the commission was a prohibition in state law of the use of campaign funds for “the personal use of any candidate or any other individual,” and a regulation concerning publicly financed candidates, saying their campaign funds can be used “only for campaign-related expenditures made to directly further” a nomination or election.

Pereira argued that the commission had discretion to broaden those definitions, a position supported in written comments submitted by Bysiewicz and Ellen L. Weintraub, the chair of the Federal Election Commission. Weintraub disagreed that child care for a candidate did not “directly further” a campaign.

“Campaigns go to great lengths to maximize the efficiency of the candidate’s use of her time, and to free up as much of a candidate’s time as possible to directly further the campaign,” Weintraub said. “Drivers race candidates from event to event. Meals are skipped. Sleep is forgone. Jobs are neglected. Spouses and significant others are virtually abandoned for months on end. All in the name of freeing up the candidate’s time for the campaign. But if candidates are parents to one or more small children, they must provide care for those children, a time-intensive obligation that they may not ignore.”

Bysiewicz said in Pereira’s case the child care expense arose solely because of her campaign activities and should not be interpreted as covering a personal expense.

Flexer, who has worked to offer training for potential candidates for the General Assembly, said the commission’s ruling discourages parents from running for office.

“Women currently make up less than a third of the General Assembly and decisions like this don’t help to increase that number,” Flexer said. “Parents bring a critical perspective and voice to elected office and we should be doing everything we can to reduce the obstacles they may face if they are considering to run. I’m eager to take on this issue in the legislature.”