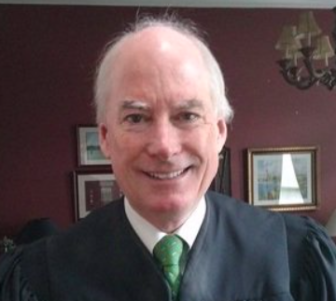 “Judge Devlin is one of the most respected, most recognized, and hardest working jurists in Connecticut whose commitment to our state is second to none,”Lamont said. “Not only has he dedicated his career to ensuring that our laws are carried out in a manner that best protects the safety and security of our communities, but over the last several decades he has served as a mentor to countless young and aspiring members of our legal community, many of whom have gone on to become judges themselves. His experience on the bench and reputation in the courtroom will serve him well on the Appellate Court.”

Devlin was a federal prosecutor on an organized crime strike force when nominated to the trial bench by Gov. Lowell P. Weicker Jr. Devlin is now the presiding judge in criminal court in Bridgeport. He previously was a public defender and a lawyer in private practice.

“I tried jury cases, got in the arena, rolled up my sleeves and did the best I could,” Devlin told the Connecticut Law Tribune in an interview last year. “To be perfectly frank, it takes a lot of guts to stand in front of a jury when your client’s liberty is on the line. I’m so glad I had that experience.”

Devlin thanked Lamont for the confidence shown in his nomination.

““I will do my best to justify that confidence,” he said. “If confirmed, I would hope to bring my experience as a trial judge to bear on the important work done by our Appellate Court.”

The nomination by the Democratic governor was quickly applauded by two key Republicans, Senate Minority Leader Len Fasano of North Haven and Sen. John A. Kissel of Enfield.

“Judge Devlin will bring an unmatched level of experience and gravitas to the state’s Appellate Court,” said Kissel, the ranking Republican on the Judiciary Committee.

Devlin would succeed Judge Michael Sheldon, who reached the mandatory retirement age of 70 this month.