A strong bipartisan vote for wind power in Connecticut 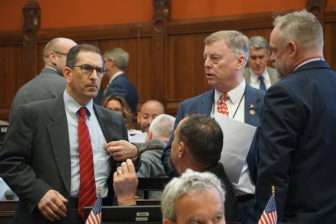 From left, Reps. Doug Dubitsky, Mike France and Kurt Vail huddle before voting against the bill.

The state House of Representatives voted overwhelmingly Tuesday for a bipartisan measure that proponents say would make Connecticut a reliable customer of electricity produced by offshore wind turbines, providing a foundation for a renewable-energy source that could one day match the output of the aging Millstone nuclear power station.

The vote came less than a week after a bitterly partisan overnight fight over a $15 minimum wage, underscoring that renewable energy is one of the issues that can unite Democrats and Republicans in an era of polarized politics. Polling shows a majority of voters in both parties support renewables, and lawmakers say that is especially true in New England.

The bill passed on a vote of 134-10 by the House and was sent to the Senate. It is supported by the administration of Gov. Ned Lamont, which has supported investments intended to make the port of New London a major staging area for the hundreds of turbines expected to rise from the federally controlled seabed off the coast of southern New England.

Connecticut has lagged behind its neighbors in committing to wind, but energy developers showed confidence in a regional growing market for wind power as they bid a record $405 million in December for federally administered leases in the ocean waters east of Block Island and south of Martha’s Vineyard and Nantucket.

“This legislation sends an unmistakable signal that Connecticut is poised for historic investment in offshore wind,” said Katie Dykes, the commissioner of DEEP, the Department of Energy and Environmental Protection. “I applaud the legislature’s support for this bill, and here at DEEP we are looking forward to implementing this policy once it secures final passage.” 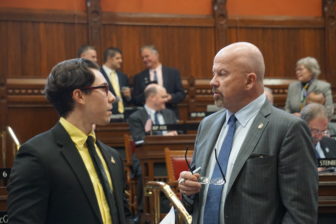 If passed and signed into law as expected, Dykes would be required within 14 days to begin the process of soliciting bids from wind power products for as much as 2,000 megawatts, the output of Millstone. But the measure also recognizes the current limits of wind: It sets a goal of 2030 to reach that milestone.

“This is an opportunity that we cannot squander, and the growing, unified momentum behind this bill shows just how important this is to Connecticut,” Lamont said.

Rep. David Arconti, D-Danbury, the co-chair of the Energy and Technology Committee, said the unusual 14-day directive was included to ensure that the state acts before a federal tax credit expires at the end of the year.

“We’re not sure if it will be be renewed, so we want our state to be able to take advantage of the federal tax credit on offshore wind and get the best price possible,” Arconti said in a briefing conducted with the ranking Republicans on the committee, Sen. Paul Formica of East Lyme and Rep. Charles Ferraro of West Haven.

Millstone’s two reactors are licensed to operate until 2035 and 2045, with the possibility of extensions. But Millstone’s owner, Dominion, has repeatedly raised questions about the plant’s ability to continue to compete in a market driven by cheaper natural gas.  The loss of Millstone, by far the single largest source of carbon-free electricity in southern New England, would set back the state’s efforts to meet its goals for reducing greenhouse emissions.

Lawmakers skirted the issue of climate change during a brief debate, instead focusing on the need to embrace what appears to be a fast-maturing segment of the power industry. While Connecticut has changed its energy procurement rules to stabilize the profitability of Millstone, the nuclear plant is only a bridge to the future, Formica said.

“It’s important that we don’t get caught in 2030, should Millstone decide to go down,” Ferraro said. “We don’t want to get caught having to replace without a plan.”

The bill requires the state to develop practices for minimizing the impact to wildlife and commercial fisheries, with bidders required to offer mitigation plans. Bidders would be required to pay the prevailing wage on the projects.

Ten Republicans voted no, but nearly five times as many supported passage

Rep. Mary Mushinsky, D-Wallingford, an environmentalist who is the longest-serving member of the House, said the vote reflects that there generally is a pragmatic and non-partisan approach to renewable energy in the northeast and especially in Connecticut, which sits at the end of natural gas pipelines and hydro-electric transmission lines, and where electricity is expensive.

The debate in Washington D.C. is more focused on the off-shore drilling of oil, not the promotion of off-shore wind, Mushinsky said.

Formica said the Energy and Technology Committee generally has been non-partisan, both under its previous co-chairs, former Rep. Lonnie Reed and former Sen. Paul Doyle, and now under Arconti and Sen. Norm Needleman, D-Essex.

“Energy and electricity is not a partisan issue,” Formica said. “We have to do whatever we can to make sure the people of the state of Connecticut have what they need to operate their businesses and their homes and to move forward to the next generation of energy, which we know has got to include some renewables, given the problems we’ve had with transmissions to get hydro down from Quebec and and to get gas in from Pennsylvania.

“This is something we can take control of.”

House Minority Leader Themis Klarides, R-Derby, said the General Assembly still can work on bipartisan measures, even on the heels of a bitter fight over raising the minimum wage.

“There will be things we agree on and other things we don’t agree on,” Klarides said. “If you’re going to try to compare us to Washington, we would prefer to never be compared. As dysfunctional the moments we may have here, down there they can’t even speak to each other, which I think is sad.” 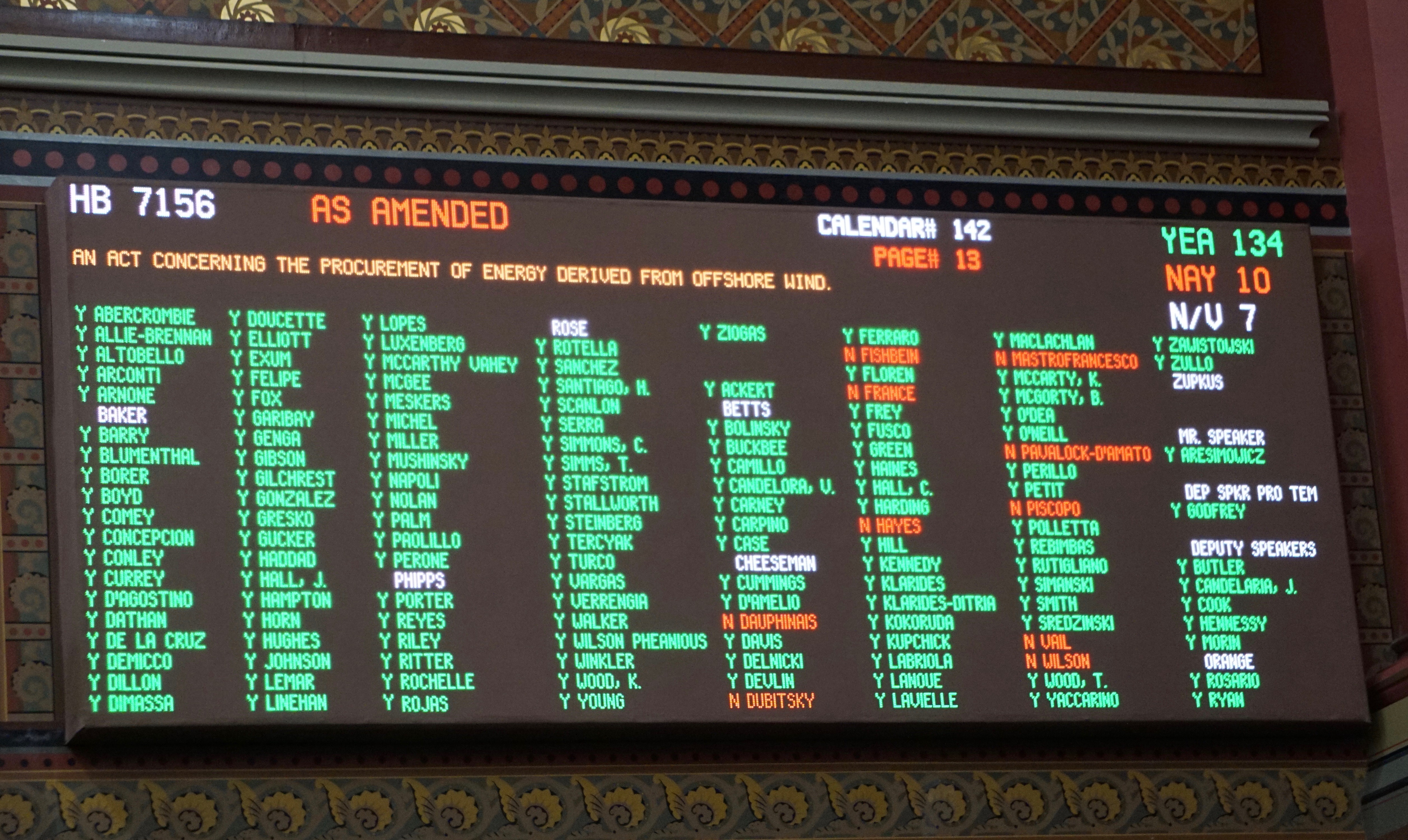