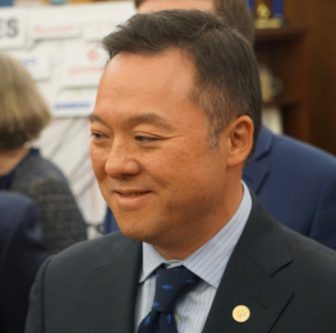 The ability of the Connecticut attorney general’s office to investigate and seek civil penalties for hate crimes and civil rights offenses would be clarified, expanded and codified in state law under legislation passed Wednesday by the House of Representatives and sent to the Senate.

The legislation arises from a campaign promise William Tong made last June as he successfully competed in a three-way race for the Democratic nomination for attorney general. Tong was capitalizing on his party’s dismay at a U.S. Supreme Court decision on behalf of a Colorado baker who had refused to create a cake for a gay couple.

While Tong’s promise a year ago was a gesture to the LGBTQ community, the measure has drawn broader support from religious and civil rights groups alarmed by rising incidents of anti-Semitism and Islamophobia. It was opposed by business groups fearful of granting an agency with the resources of the attorney general the ability to seek substantial new civil penalties.

“The importance of this bill in today’s society, I think, should be evident,” said Rep. Steven Stafstrom, D-Bridgeport, the co-chair of the Judiciary Committee.

The bill passed on an 82-63 vote, largely along party lines. Rep. Tom O’Dea of New Canaan was the only Republican to vote yes. Five Democrats voted no: Reps. Jill Barry of Glastonbury, Russ Morin of Wethersfield, Ronald Napoli Jr. of Waterbury, Chris Perone of Norwalk, and Joe Verrengia of West Hartford.

In his public hearing testimony about the bill, Tong gave the committee a sense in March about the issues a new civil rights division might pursue:  immigrants subjected to systemic wage theft; minorities denied safe, quality housing; and persons with disabilities pushed out of their jobs by a “big box store” reclassifying their positions.

“These are not hypotheticals,” said Tong, who took office in January. “They are the kinds of threats to civil rights faced by people across Connecticut. And they are situations where investigation and civil action by a large, experienced law office are important to bring justice and healing to communities.”

The office of attorney general has civil jurisdiction, while the Division of Criminal Justice led by the chief state’s attorney has criminal jurisdiction. The division supported Tong’s proposal, noting the offices frequently collaborate on issues with civil and criminal aspects, such as Medicaid fraud.

Stafstrom said the bill is intended to allow the attorney general to file suit and seek civil penalties in the “most egregious” cases, though discretion would rest with the office. Currently, individuals have a right in employment, housing and other discrimination cases to file a complaint with the state Commissioner on Human Rights and Opportunities, the CHRO.

The bill specifies that individuals still can file CHRO complaints or sue in court. It does not limit the CHRO’s jurisdiction and authorizes the attorney general to refer cases to CHRO.

Rep. Matt Blumenthal, D-Stamford, the vice chair of the Judiciary Committee, said the legislation creates no new legal cause of action for individuals. 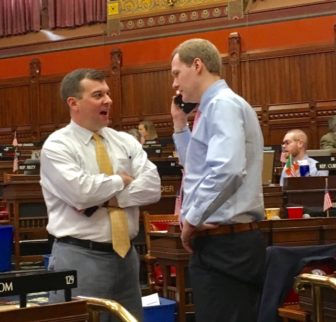 Echoing concerns raised by some business groups, Rep. Vincent Candelora, R-North Branford, questioned if the authority granted in the legislation wasn’t putting the state in the position of litigating on behalf of an individual as opposed to acting on behalf of broader groups being subjected to a pattern and practice of discrimination.

“How do we distinguish that through this statute?” Candelora asked. “We’re creating a lot of gray areas here.”

The conservative Yankee Institute for Public Policy raised a similar concern at the hearing.

“This will open the door to potential bias and abuse,’ said Scott Shepard, the group’s director of policy and research. “The power of the state is mighty. The legal firepower and financial weight of the state will put a heavy thumb on the scale in favor of plaintiffs when it is employed and against the defendants against whom it is employed.”

The new authority is sought at a time when Democrats and others say state attorneys general must become more aggressive on civil rights issues as a counter balance to a U.S. Department of Justice that has backed away from those issues or taken the side of religious conservatives since the election of President Donald J. Trump.

The Trump administration intervened in the Colorado case, prompting the ACLU to accuse the administration of advocating “nothing short of a constitutional right to discriminate.” The baker claimed he had a right to deny service to a gay couple on the basis of his religious beliefs.

Martha Stone, a lawyer and founder of the Center for Children’s Advocacy, told the Judiciary Committee “it was important that a state attorney general’s office be seen as a vibrant enforcer of civil rights,” especially since the role of the civil rights division in the Department of Justice has diminished.

Connecticut would be the 23rd state with a civil rights division within its office of the attorney general.