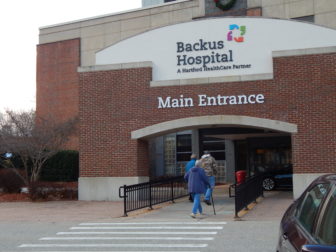 A bitter, longstanding conflict between state government and Connecticut’s hospital industry stood on the brink of a resolution Tuesday afternoon.

Gov. Ned Lamont and the Connecticut Hospital Association announced the settlement of a 2015 industry lawsuit contesting a provider tax that has extracted billions of dollars from facilities since 2011.

The administration also confirmed last week that it has begun supplemental payments to hospitals to resolve a $200 million-plus dispute involving payments for treatment of Medicaid patients.

“The beginning of my administration marked a reset of the relationship between the State of Connecticut and its hospitals,”  Lamont said. “I was clear that this ongoing litigation benefitted neither party, and certainly not the taxpayers of our state.”

“We are grateful for the leadership and support of Governor Lamont, his administration, and the legislative leaders and legislators of both parties,” Jennifer Jackson, CEO of the hospital association, said. “This agreement represents a path forward for hospitals and the state that recognizes the important role hospitals play in providing patients with quality health care and in strengthening our state’s economy.”

Neither side disclosed details of the tentative settlement Tuesday afternoon. Both the administration and the CHA said the deal would have to be approved by the General Assembly, the state attorney general’s office and the member hospitals of the association before any provisions could be implemented.

The agreement could have ramifications for the next state budget. That’s because hospitals are scheduled, under current law, to receive a provider tax cut starting July 1. But both Lamont and a key legislative panel have said the state cannot afford to provide that relief. Analysts say state finances, unless adjusted, will run more than $3 billion in deficit over the next two fiscal years combined.

“Both sides came to the table and negotiated a good faith settlement that will provide predictability and stability for both the state and the hospitals, and reduces the losses the state would have incurred in the absence of this agreement,” Lamont added. “This is a path forward that provides fiscal stability for the hospital industry and marks a new chapter in our state’s relationships with the hospitals.”

Lawsuit was centered on 2011 provider tax 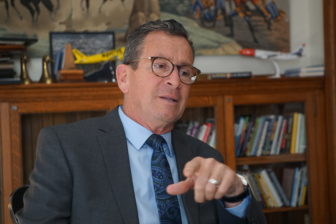 At issue was a levy established by Gov. Dannel P. Malloy and the 2011 General Assembly, something designed to be a tax in name only.

This back-and-forth arrangement — which is common in most states — would enable Connecticut to qualify for huge federal reimbursements through the Medicaid program.

But things began eroding almost right away. As state government struggled with budget deficits over the next six years, the tax grew while the payments back to the industry shrank — despite an increase in the federal reimbursement rate.

Hospitals also could not even rely on the shrinking payments they would see in the adopted state budget. Legislatures routinely ordered Malloy to achieve massive savings once the fiscal year was underway — often with little guidance as to how those targets were to be met. And, at times, the administration would order emergency reductions to the hospital payments.

Malloy’s budget director, Ben Barnes, angered hospital officials during a 2015 legislative hearing when he defended the growing tax burden placed on hospitals, cementing the animosity between the industry and the administration.

“Why do you rob banks? “Barnes said. “It’s where the money is.” Barnes and Malloy often also noted the high salaries top hospital executives continued to receive, even as tax payments rose.

Legislators tried to smooth things over when adopting a new taxing arrangement in November 2017.

That arrangement dramatically raised the annual hospital tax, from $514 million to $900 million. But it increased even more the funds being sent back to the hospitals, from $78 million to $671 million.

In other words, the industry went from losing $436 million per year down to $229 million. 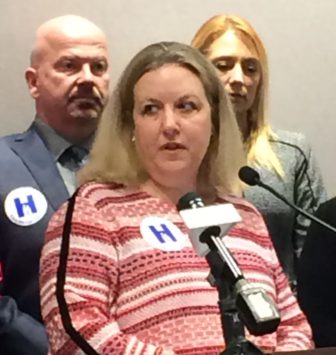 Hospitals were supposed to get another tax break next fiscal year, which begins July 1.

But Lamont and the legislature’s Finance, Revenue and Bonding Committee both have said Connecticut cannot afford to provide that relief now.

The tax hasn’t been the only sticking point between Connecticut and the hospital industry, however.

The result, the industry says, was that between October and May hospitals were short-changed more than $230 million for care provided to Medicaid patients and to the under-insured.

When the governor proposed a budget on Feb. 20 for the 2020 and 2021 fiscal years, he recommended separate payments of $60 million and $62 million to offset a portion of the industry’s “grouper” loss.

Lamont’s communications director, Maribel La Luz, confirmed late last week that the state also began making payments to the industry earlier this spring to resolve another portion of the loss.

“Rate increases to account for the restoration are already being reflected in claims payments and we have submitted state plan amendments to CMS (U.S. Centers for Medicare and Medicaid Services) to affect those changes,” La Luz said.

It was not clear late Tuesday how much already has been paid to hospitals.