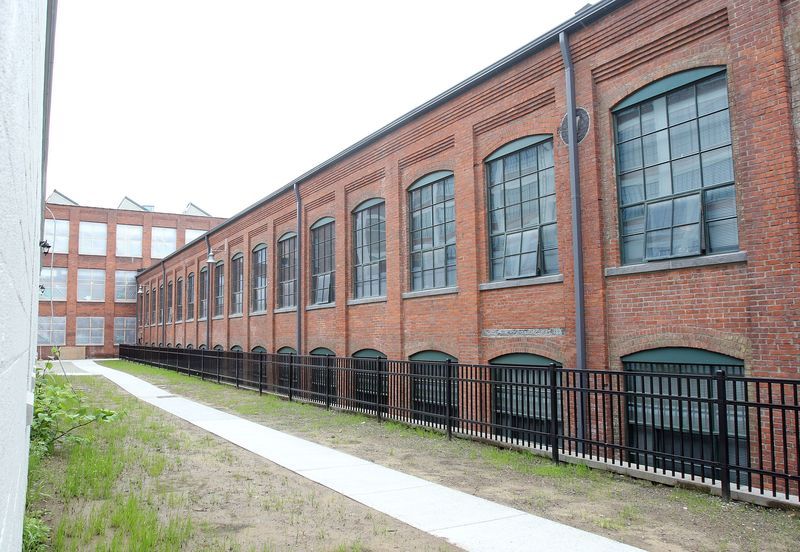 Building better cities, one cleanup at a time

A former factory complex in Bridgeport is being transformed into housing, retail, medical offices and a school.   |   photo by: Steven Valenti :: Republican-American

Connecticut has found a path to get these sites back into use, and it’s fueled with taxpayer money.

Developers have shied from sites that need environmental cleanups which often costs millions of dollars.

But in the past 15 years, Connecticut has developed programs to tip the scales, making these properties worth a second look. It’s created liability relief to shield municipalities and developers from responsibility for pollutants dumped by past owners.

Over the past decade, the state also has pumped more than $206 million into grants and loans for brownfields cleanups.

The state claims developers and other funding sources, which could include federal and private dollars, has paired that with $3.2 billion, said Connecticut Department of Economic and Community Development spokesman James Watson.

That means an investment of $15.50 for every dollar spent through the brownfield programs, Watson said.

In Bridgeport, an investor behind the redevelopment of the American Graphophone Co. claims his company has been able to raise $33 for every $1 the state has invested. 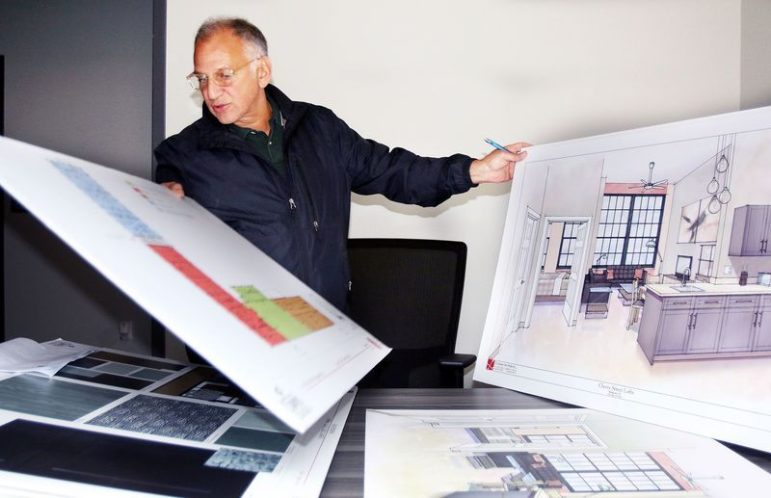 Gary Flocco, developer, said state grants made his company’s Bridgeport brownfield project possible to get started, but more than $1 billion will be invested by the time construction ends in six or seven years.

The roughly 5.5 acre area originally hosted a manufacture of graphophones — one of the earliest mass produced players of recorded sound. That and later uses led to a mix of toxins in the buildings and the grounds. Corvus Capital Partners is turning it into a mix of 277 affordable apartments, commercial space and a charter school. It’s a roughly $150 million development, said Gary Flocco, a managing partner with Corvus. It was made possible with $3.7 million in low-interest loans and grants from the state.

“Their money gives us the ability to clean up the sites which gives the bank the comfort level to move forward with us — not only banks, but other agencies and other funding sources,” Flocco said. “If it wasn’t for the state brownfield program it would be very difficult to do the type of developments we do.”

“If it wasn’t for the state brownfield program it would be very difficult to do the type of developments we do.”

Flocco’s site is highly visible, perched along Interstate 95 and a passenger rail line. He said the site’s transformation is creating an advertisement for Bridgeport’s potential from what had been a visible sign of failure.

Their cleanup costs aside, brownfields often have a lot going for them, said Rick Dunne, executive director of the Naugatuck Valley Council of Governments. Many sit in prime locations along rail and highway corridors, next to rivers, near downtowns, often served by industrial-grade power, water and sewer utilities, Dunne said.

Those advantages, on their own, haven’t been enough to inspire redevelopment. Many brownfields have sat idle since the 1970s and 1980s, Dunne said.

“All of that infrastructure the taxpayers paid for long ago,” Dunne said. “And what have we done since we built all that infrastructure for those factories? Connecticut has tried to prosper by sprawling out into greenfields, farmlands and wooded areas, and building new utilities to get out to that.”

Those new utilities and roads may be built initially by developers, but maintenance eventually falls onto the backs of taxpayers and utility ratepayers, Dunne said.

“It’s a bad bargain all around when all of this precious real estate is sitting there and ready to go,” Dunne said. “It’s the lost opportunity for the last 40 years of having all this great infrastructure in all the right places.”

State lawmakers and business advocates have developed tools to tempt developers, like Corvus, into brownfields. 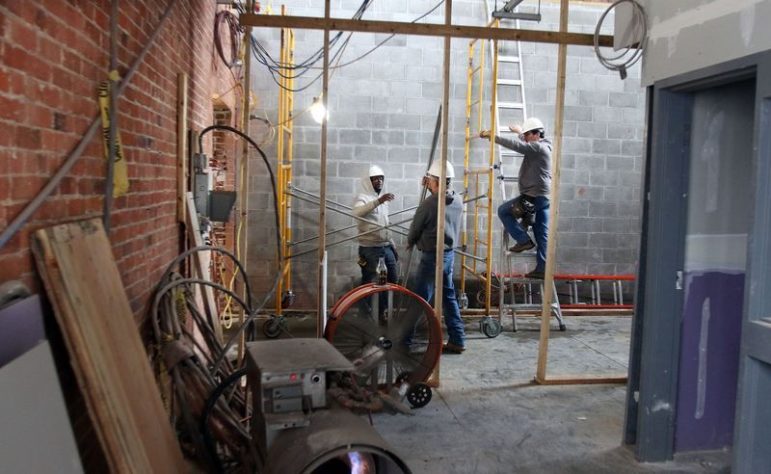 A 220-person crew is rehabbing a former factory complex on Bridgeport’s Howard Street.

In addition to loans and grants, the state has developed liability protections for new owners of industrially polluted sites. If new owners perform cleanups overseen to state standards, they can’t be sued by the state if pollution from prior owners is later found to have migrated offsite.

A city’s ability to turn around brownfields is partially in its own hands, depending on how ambitious leading officials care to be in tackling the often complex, costly and time-consuming problem.

Market values make a big difference. Stamford, a resurgent city, has used its coast and proximity to New York City to draw developers.

Ultimately, brownfields are driven by the market. If a developer can tackle the cleanup and still make a profit, then the deal makes sense, it “pencils,” as Dunne says. In Stamford, “the value of the new development is greater than the cost to build it,” Dunne said.

“The closer you get to New York, the more true that is, so, for Stamford, it’s true,” Dunne said. “For Norwalk it’s true. For Bridgeport, less true, but for other reasons.”

“It takes a little more convincing to get people to invest in those cities because they have systemic problems,” Dunne said. 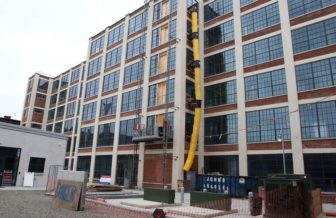 Part of a former factory complex on Howard Street in Bridgeport will become a 725-student charter school. Other space will be housing, retail, and medical offices.

“We have the broad economic issues in the state that we need to address, and at the same time the ability to clean up the brownfields is key to us seeing investment in the state,” Hurley said. “Those sites aren’t going to get cleaned up unless we have an economic climate in which there is demand.”

Those cities along the Interstate 95 corridor and the Amtrak passenger rail have an edge over places like Waterbury, Torrington and New Britain, Hurley said.

At multiple sites in Waterbury, Mayor Neil M. O’Leary’s administration had opted to take on the role of developer to kick-start reuse of these properties. The city has acquired massive polluted sites and is using state and federal money to clean them in hopes of redevelopment. This is possible because of the liability relief adopted by state lawmakers, O’Leary said.

“These buildings have been sitting not for years, but for decades and longer because up until legislation that reduced liability to the cities that acquire them, you couldn’t possibly market them, because the return on the investment was always in the negative,” O’Leary said.

“The return on the investment with public money is in the negative too, let’s be honest,” the mayor said. “But at least the federal and the state government has recognized the only way you are going to get this. It’s a slow crawl.” 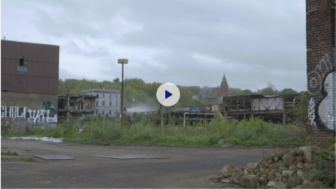 The City of Waterbury is cleaning up the Anamet site in the South End, and hoping to attract developers. Why invest in this neighborhood? We talked with people who have a stake in what happens there.