Why did the drive to make pot legal fail? 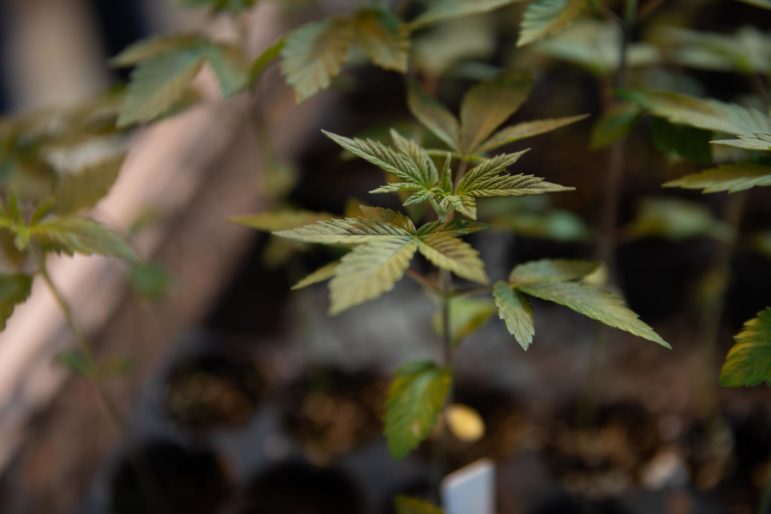 Hemp growing in a University of Connecticut greenhouse.

Among the big-ticket items that did not pass in Connecticut’s 2019 legislative session were tolls and legal cannabis. While tolls will likely be debated in a special session this summer, proponents of recreational marijuana will have to regroup and wait until next year.

Earlier this year, the issue seemed like a slam dunk for the Democratic-controlled legislature and newly-elected Democratic Gov. Ned Lamont. Lamont even mentioned legal weed in his first budget address in February.

“Beyond the two-year budget, we must enact new sources of revenues, such as sports betting and internet wagering,” said Lamont. “Legalizing recreational marijuana like our neighbors will make for a safer market that will be carefully regulated and taxed.”

So why did momentum for legalization stall in the General Assembly?

“I think there’s absolutely majority support among lawmakers for making marijuana legal for adults,” said Karen O’Keefe, director of state policies for the Marijuana Policy Project, a group which advocates for the reform of marijuana laws. “The challenge came to getting majority support for specific details of the legislation.”

House Speaker Joe Aresimowicz said as much during the session. Aresimowicz told reporters on several occasions that he could easily get the votes in the House to pass a bill that simply legalized marijuana. But he said it was proving difficult to get consensus on the various issues it would take to make legal marijuana a reality in the state.

O’Keefe said another factor that hurt the chances for legal marijuana in Connecticut was the information war waged between groups for and against legalization. She admitted that opponents staged a well-funded, well-organized public information campaign, including bringing in national figures to testify before the legislature. Among those was Luke Niforatos, the Senior Policy Advisor for Smart Approaches to Marijuana, a group that lobbies against marijuana legalization.

According to the Colorado Department of Education, the graduation rate has increased, going from 77.3 percent in the year before Colorado legalized cannabis, to 79 percent in the 2016-2017 school year. According to a Healthy Kids Colorado Survey, marijuana use among teenagers is slightly down since the state legalized pot.

In a written statement issued in response to this story, Luke Niforatos said he did not quote graduation rates in his testimony before the legislature, and takes issue with the Healthy Kids Colorado survey.

“Regarding youth use, my testimony clearly indicated the methodological flaws with the Healthy Kids Colorado Survey and why that data is not to be trusted.” His statement continues “My testimony asserted that according to the National Survey on Drug Use and Health, the foremost survey on drug use in America, there was a 2 percent increase in youth aged 12-17 in all legal states using marijuana monthly.”

While opponents of legalization like Niforatos were well-organized, O’Keefe said advocates of recreational marijuana were not as prepared and mobilized as they could have been to counter the claims of Niforatos and others.

“On our side, there just I think has been a little bit too much complacency among supporters of legal marijuana. Unfortunately I think a lot of supporters of legalization just kind of think marijuana is going to legalize itself, so we didn’t have as much of an organizing presence, and as much funding as would be needed for a full on educational effort,” said O’Keefe, “so there was really a shoestring campaign and it’s a complicated issue.”

O’Keefe says next year proponents of legal weed will need to start organizing earlier, and hold more town halls and forums to educate the public and lawmakers on the benefits of legal cannabis.

Meanwhile, Democratic lawmakers are floating the idea of letting voters decide the issue of legalization through a proposed constitutional amendment. O’Keefe says a ballot initiative would take a long time, and only put to rest the issue of whether the state wants legal weed or not.

“It would ask a question that we already know the answer to, which is that voters support it, so we think that lawmakers should go back to the table, and spend some time sorting out the details, and get the buy-in necessary to get a comprehensive bill that voters support.”

6 thoughts on “Why did the drive to make pot legal fail?”