Connecticut’s take on Trump, the census and citizenship 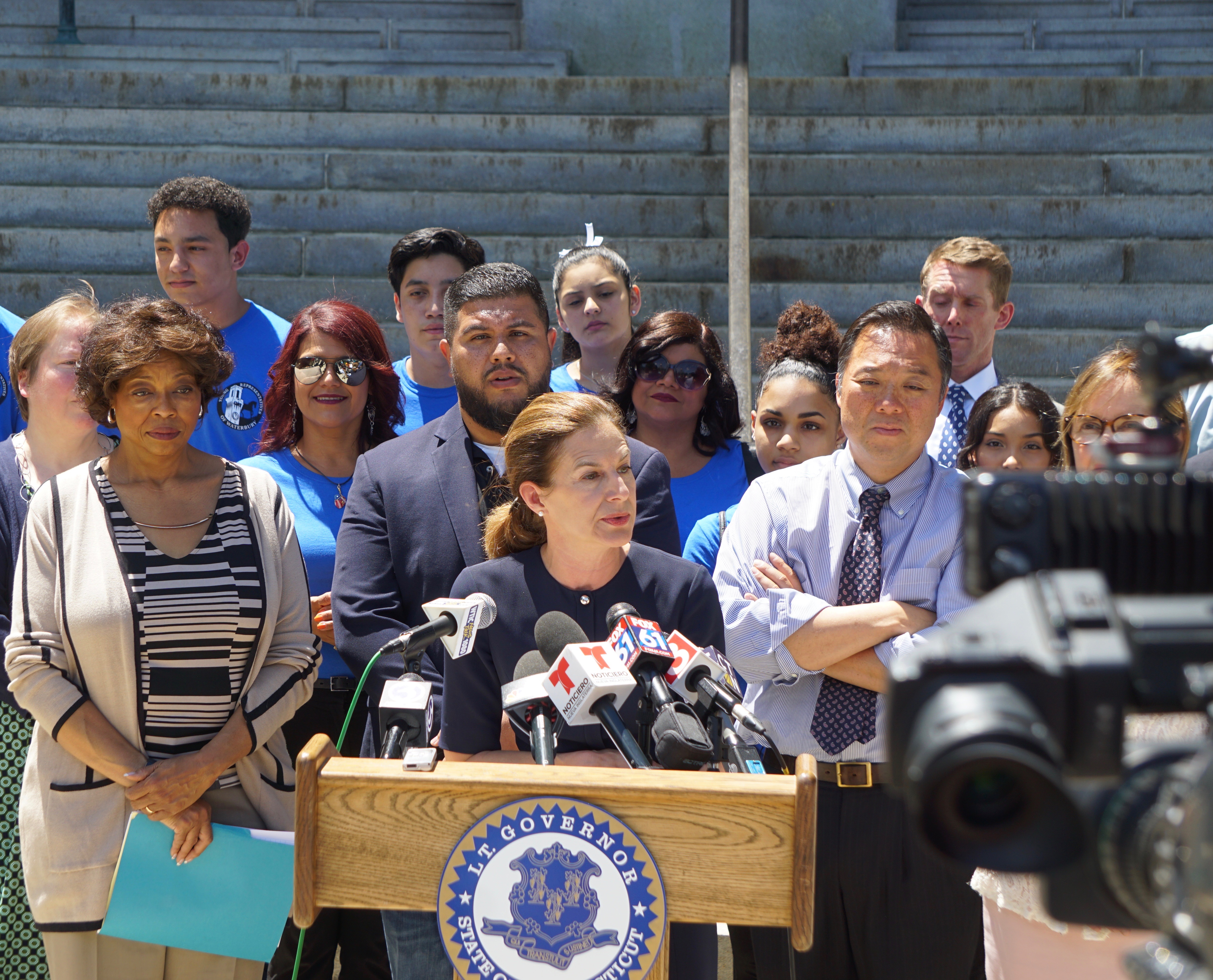 Lt. Gov. Susan Bysiewicz: “The damage has already been done.”

The U.S. Supreme Court rebuked the Trump administration Thursday over its effort to include a citizenship question in the 2020 census, but Connecticut officials say the controversy itself has served the administration’s broader goal of driving undocumented immigrants more deeply underground.

“They are really freaked out,” said Attorney General William Tong, describing a community meeting the previous night in New Haven. “It’s not just the census. It’s the travel ban. It’s the wall. It’s the president’s threat of a roundup — a roundup, OK? And then they are going to put them in what, in camps? And that’s what got people so scared.”

The decision comes as a committee led by Lt. Gov. Susan Bysiewicz and Secretary of the State Denise Merrill is coordinating a grass-roots campaign to educate members of traditionally undercounted communities about the importance of being counted and the legal protections in place ensuring that census information cannot be used against them.

An accurate census count affects the distribution of billions of dollars in federal aid to cities and states, as well as the representation of communities in the General Assembly and in Congress.

Bysiewicz, Tong, Merrill, Wilson Pheanious and other elected officials, all Democrats, involved in the census outreach held a press conference on the steps of the Connecticut Supreme Court to praise the decision by Chief Justice John G. Roberts Jr., a conservative justice not often complimented by elected officials in deep blue states like Connecticut.

“We don’t often agree with the chief justice,” Tong said.

“It was an unusual day,” Bysieiwcz interjected, smiling.

“But the chief justice is serving his institutional role,” Tong said, describing Roberts as building a consensus in a divided court.

Roberts noted that asking a question about citizenship is not inherently illegal or even inappropriate: Between 1820 and 1950, the question was asked of all households, then in a more limited fashion in supplemental surveys that try to draw a picture of America through a wide range of metrics, such as “radio ownership, age at first marriage, and native tongue.”

But the decision also noted that census officials have concluded that asking the question of non-citizen households discourages participation, predicting a fall-off of 5.1 percent .

Connecticut was one of 18 blue states to sue the Commerce Department last year after its secretary, Wilbur Ross, insisted on the inclusion of a citizenship question, ostensibly as necessary to help the Department of Justice enforce the Voting Rights Act.

The states and other plaintiffs were allowed to delve deeply into emails and other communications between Ross, his own census officials and the Department of Justice, producing an unusually deep view into the inner workings of government behind an administrative decision.

“It is rare to review a record as extensive as the one before us when evaluating informal agency action— and it should be. But  having done so for the sufficient reasons we have explained, we cannot ignore the disconnect between the decision made and the explanation given,” Roberts wrote. Quoting case law, he added, “Our review is deferential, but we are ‘not required to  exhibit a naiveté from which ordinary citizens are free.’ ”

Tong interpreted that as Roberts finding the administration’s argument to be “baloney.”

“That’s what the court questioned here: What was their intent?” Merrill said. “It is a great victory — for the moment.”

While the high court remanded the case back to a U.S. District Court judge in New York, the burden is on the Trump administration and time is against it. The census forms must be printed soon.

Bysiewicz said state officials involved in the census are at least momentarily relieved, even though the grass-roots campaign will have to overcome suspicions in non-citizen households that any official interaction with government while Trump is president is risky.

“Make no mistake: the damage has already been done,” Bysiewicz said. “The Trump administration has created  a climate of fear throughout our country through tactics of intimidation, threats of ICE raids and treatment of immigrants at our border and across our country.”

Gov. Ned Lamont, who supported the recent passage of revisions to the Trust Act, which limits the circumstances under which Connecticut police are to assist ICE in deportation cases, issued a statement praising the court.

“The Supreme Court today saw through a cynical and unfair attempt to influence the census for political advantage,” Lamont said. “While important, this decision is a temporary victory in the ongoing fight to clear a path for greater fairness and integrity in our census process. We are and will always be a country of immigrants and refugees.

“We will continue our fight to protect those core values, as we recently did when we strengthened our commitment to the Trust Act in Connecticut.”

by Kelan Lyons and Ryan Lindsay

As the number of juveniles with COVID-19 in the state’s detention centers climbs, calls for the release of children have taken on a new urgency.

Despite a ‘business as usual’ approach, COVID-19 is shrinking CT’s incarcerated population

Concerns over the wellbeing of the state's incarcerated population grew as the number of staffers testing positive creeps upwards.