Highway bathrooms to reopen. (Here’s why they really closed.) 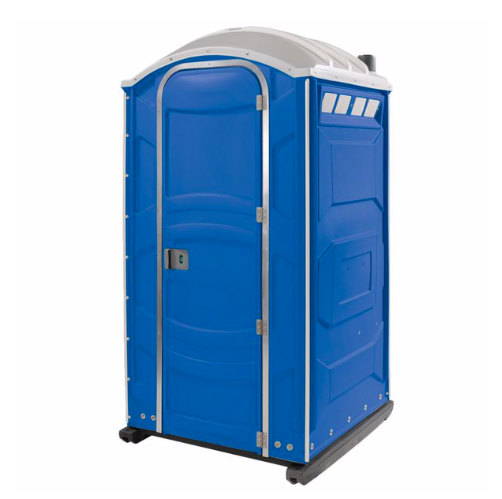 It was a relatively small budget cut that became an annoyance to motorists, a source of bureaucratic infighting within the administration of Gov. Dannel P. Malloy, and a symbol of Connecticut’s fiscal woes: Curtailing access to indoor bathrooms at seven highway rest areas quickly dubbed “unwelcome centers.”

On Monday, the start of the new fiscal year, indoor plumbing once again will be available to the motoring public at the rest stops, 24 hours a day, seven days a week. It is the one item in the new two-year $43 billion budget that the administration of Gov. Ned Lamont chose to highlight Friday, getting a burst of favorable publicity.

“While certainly well intentioned, I believe the move to shut our state’s rest areas was penny wise and pound foolish,” Lamont said in a statement Friday. “We have to make the necessary investments to attract people to visit and return to our state. This is a small but meaningful step toward making Connecticut more attractive to visitors and our residents alike.”

In 2016, staffing was cut to a single day-time shift, saving about $500,000 a year. The rest areas remained opened, but the indoor bathrooms closed every day at 3 p.m. In place of the welcome mat, the state Department of Transportation installed port-a-potties. (Unaffected were 23 service plazas operated by a concessionaire under a lease with the DOT.) 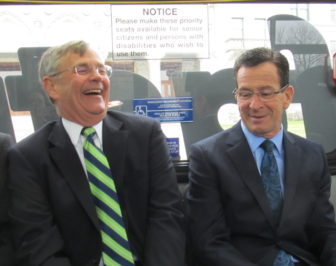 Behind the closures was infighting between two senior officials in the Malloy administration: James P. Redeker, then-commissioner of transportation; and Ben Barnes, who kept a lid on state spending as the secretary of OPM, the Office of Policy and Management.

A sign of the DOT’s displeasure was the agency posting the hours when the bathrooms were closed, not open. The governor’s office always took that as a dig.

“They made a political issue of it,” Barnes said.

Redeker and Barnes talked about the tension for the first time Friday.

“This happened to be one of Ben Barnes’ pet examples of things you didn’t need, because there are private facilities nearby,” Redeker said. “If you can seek ways of offloading some of the costs — I think that was the concept.”

Redeker and Barnes also fought over two seasonal ferries that cross the Connecticut River between Rocky Hill and Glastonbury and Chester and Hadlyme. The Rocky Hill ferry is the nation’s oldest continuously operated ferry, but both require subsidies of several hundred thousand dollars a year.

Barnes wanted to end the service. Redeker fought to keep it going.

The Malloy administration was confronted by a record budget shortfall of $3.7 billion when it took office eight years ago, and Barnes said every state agency was pressured to economize — with far greater impacts than closing rest-stop bathrooms.

“We’re laying people off, and we’re cutting human services, taking away from people with behavioral health problems and intellectual disabilities. Everybody has to do something,” Barnes said. “We were always offended by the fact we spend that money to maintain a ferry next to a bridge.”

The ferries remain in service.

Barnes and Redeker differ over exactly how the seven rest areas lost their bathrooms, with Redeker insisting it was demanded by OPM and Barnes saying it was a cut offered by DOT — if in the expectation it would not be accepted.

Barnes said the rest-stop bathrooms closures were examples of budgeting gamesmanship by DOT. He called it “the Washington Monument strategy,” a reference to the federal government closing monuments as a visible symbol of a government cutback or shutdown.

At one point, the rest areas were to be closed entirely, depriving truckers of a place to pull off the road and sleep. Instead, the hours of indoor bathrooms were limited. 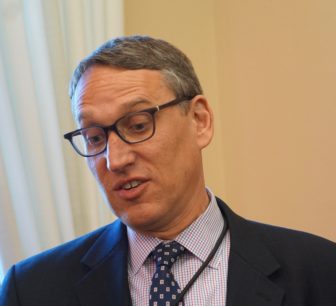 Ben Barnes: “Everybody has to do something.”

With insufficient numbers of rest-area attendants to staff the buildings, the DOT had been paying highway maintainers, who earn a higher pay rate than attendants, to cover the posts on overtime.

Barnes said the DOT always prioritized money for promotional opportunities for existing employees over hiring rest-area attendants. He did not recall ever denying a DOT request to hire more attendants.

“Redeker “would complain he had to staff them on overtime,” Barnes said.

“We were never given the go-ahead to hire them,” said Kevin Nursick, a spokesman for the DOT, referring to the attendants.

A key to reopening the bathrooms is the hiring of about 28 rest stop attendants, allowing the DOT to staff the rest areas without paying overtime to maintainers. That will take time, so maintainers still will be paid on overtime at the rest areas until the new hires are made.

The DOT was unable to immediately provide the pay rates for maintainers and attendants, but Nursick said the biggest expense was the overtime, not the higher rate earned by maintainers.

The others are on I-84 eastbound in Southington, I-91 southbound in Wallingford and I-91 northbound in Middletown.

Nursick said the rest stops are incorrectly called welcome centers. The Department of Economic and Community Development once operated welcome centers at some of the stops, offering tourism information. But DECD stopped that service years ago.

Redeker said some of the DOT attendants informally filled that role. 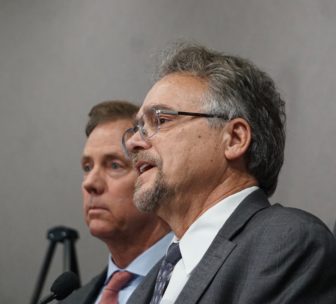 The truck-stop industry opposes changing the law, which would cost it business.

Lamont’s transition team had identified reopening the bathrooms as an easy accomplishment for the governor’s first 100 days in office. The administration could not deliver.

“My agency has always felt that our seven rest areas are important safety amenities for travelers and truckers,” he said. “While I’m proud of the fact that we managed to at least keep them open in the face of financial adversity, our residents and visitors to our state deserve better than portable bathrooms. This has been a long time coming, and I thank Gov. Lamont for helping to get us the resources we needed.”

The governor is planning to take another bow. He has scheduled a press conference at the Danbury rest area on Monday, the first day of the fiscal year.