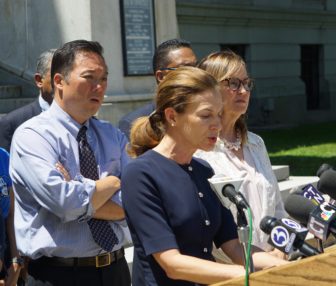 Lt. Gov. Susan Bysiewicz praised the decision of the Trump administration Tuesday to abandon its efforts to include a citizenship question in the 2020 census, calling it “a good victory” for Connecticut and other states that had objected to the question as intimidating to non-citizens.

“The challenge really is the the damage has been done,” said Bysiewicz,  who coordinating a grass-roots campaign with Secretary of the State Denise Merrill to educate members of traditionally undercounted communities about the importance of being counted.

“Today’s decision by the Trump administration to back down and stop trying to include the so-called ‘citizenship question’ in the 2020 census is an enormous victory for ensuring that the census accurately counts every person in Connecticut, as the Constitution requires,” Merrill said.

The court noted that asking a question about citizenship is not inherently illegal or even inappropriate: Between 1820 and 1950, the question was asked of all households, then in a more limited fashion in supplemental surveys that try to draw a picture of America through a wide range of metrics, such as “radio ownership, age at first marriage, and native tongue.”

But the decision also noted that census officials have concluded that asking the question of non-citizen households discourages participation, predicting a fall-off of 5.1 percent.

Connecticut was one of 18 states to sue the administration over the question.