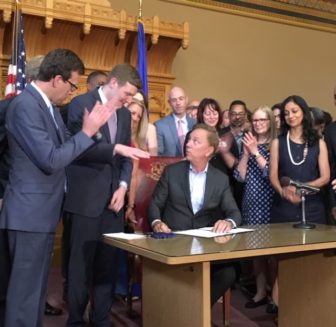 Beginning in 2021, Connecticut insurance providers will have to submit annual reports detailing their coverage of mental health and substance abuse services.

The push toward greater transparency is aimed at ensuring the companies comply with state and federal mandates that bar them from placing greater restrictions on access to mental health services than on surgical or medical care.

“Mental health and substance abuse needs touch every family across the state … whether you’re rich or poor, white, black, Latino or Asian,” said Sen. Matthew Lesser, D-Middletown. “It doesn’t matter what zip code you live in or how you came to this country. These issues of substance abuse and mental health can touch anybody.”

Gov. Ned Lamont on Monday signed into a law the bill that requires the providers to turn in yearly reports about their coverage. Reports on services covered next year are due to the state insurance commissioner in March 2021.

In April 2021, the commissioner will share the records with the legislature’s Insurance and Real Estate Committee, the attorney general, the state health care advocate and the head of Connecticut’s Office of Health Strategy. The following month, the insurance committee may hold a public hearing on the reports. Lesser and Rep. Sean Scanlon, two key backers of the bill, are co-chairs of that panel.

The new law does not include penalties for noncompliance, but advocates say the public scrutiny should provide an incentive.

“You would think the shame factor would count for something when you’re entering a big dialogue in the next few years on the future of health care in this country,” said former Rhode Island Congressman Patrick Kennedy, a proponent of the measure. “The largest insurance companies in this country are here in Connecticut. You would think they would want to be proactive.”

Kennedy suggested the state do more to hold providers accountable, such as prohibiting them from bidding on state contracts if they flout federal or state parity laws.

The Federal Mental Health Parity and Addictions Equity Act was signed into law a decade ago. 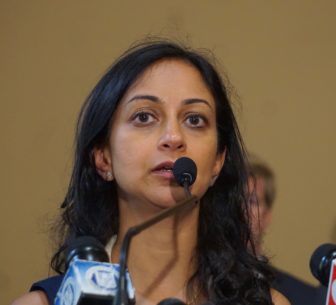 Connecticut’s own parity mandate took effect in 2000. It required insurers to provide benefits for most mental or nervous conditions defined in the Diagnostic and Statistical Manual of Mental Disorders. But years after its passage, state officials said the bill was no guarantee of practical results. Some psychiatrists do not accept private insurance, and patients have trouble getting services covered.

Dita Bhargava, a one-time Democratic candidate for state treasurer, said coverage was limited during her son’s years-long struggle with opioid addiction. He died last July of a Fentanyl overdose.

“My son is no longer here. This bill would have helped him tremendously,” Bhargava said Monday. “He went through seven rounds of treatment. Every round was faced with the same challenges of trying to get insurance companies to approve his treatment.”

“Treatment was always only partially covered,” she said. “It was never more than 28 days, and we know this is a lifelong disease.”

Other provisions in the bill that required insurers to cover drugs prescribed for substance abuse treatment and to cover treatment regardless of whether it is court ordered were stripped before its final passage. The House approved the measure in May, and the Senate signed off on it in early June.

State officials regarded the law as an initial step in a protracted battle to ensure parity laws are followed.

“Nobody up here is going to say, ‘Hey, we’ve solved mental illness and substance abuse disorders and we’re going to go home and never talk about this again,” Scanlon said. “This is the first step in a very long process.”