Immigrant children sent to shelters are traumatized and sick

In some instances they have chicken pox or tuberculosis 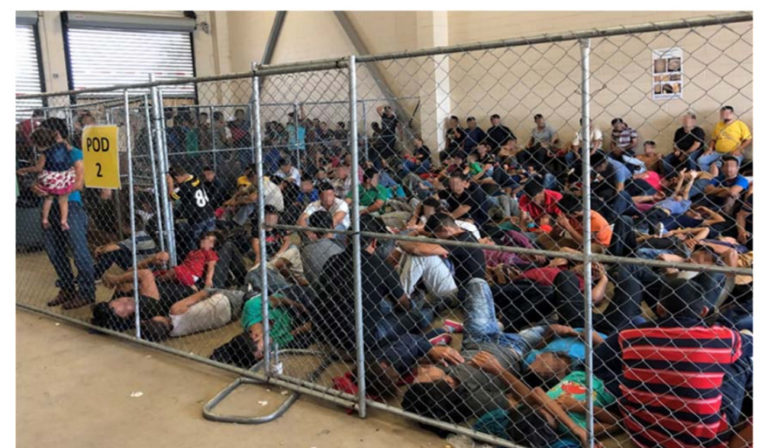 The Trump administration is sending immigrant children who are alone, afraid and sick with fever, chicken pox and even tuberculosis to shelters in Chicago, where they are further isolated to prevent the spread of disease, according to one of the nonprofit organizations caring for them.

In yet another byproduct of the administration’s immigration policy, many of those children also are arriving increasingly traumatized after spending a week or longer in dirty and overcrowded U.S. Border Patrol facilities.

Some of the children, who range from toddlers to teens, have been torn from their mothers and fathers at the border in spite of the government’s pledge to end separations, said officials from the nonprofit, Heartland Human Care Services. Around 15 of the nearly 400 children currently in Heartland shelters were separated from their parents.

Heartland officials said the children now arriving at their five shelters are exhibiting “behaviors consistent with trauma like heightened anxiety, and fearfulness” and have described to staff “horrible and inhumane conditions” at border facilities.

Earlier this month, the U.S. Department of Homeland Security’s independent watchdog reported on dangerous overcrowding and prolonged detention of children and adults in Border Patrol facilities in the Rio Grande Valley of Texas. Nearly a third of the children in the facilities had been detained for more than 72 hours — a violation of federal limits. Many had little or no access to showers or clean clothes.

Reports have described outbreaks of scabies, shingles, chickenpox and mumps at the facilities. Heartland officials said the spike in contagious diseases they are now experiencing is unlike anything they’ve seen before.

“Historically, we have seen intermittent cases of TB and chickenpox,” Heartland officials said this week in response to questions from ProPublica Illinois. “However, lately, we are seeing them come in clusters.”

Officials at Heartland, the larger of two organizations with federal contracts to shelter immigrant children in Illinois, did not say for how long children are being quarantined. But they said that they convert single-occupancy bedrooms into medical isolation rooms when children are contagious, and that the children are treated by staff doctors, physician assistants and nurses or taken to hospitals when needed.

Renewed attention to the administration’s immigration policy and conditions at border detention centers has, in recent months, led to a new wave of protests in Chicago and questions about how those children are cared for in the nation’s shelter system. Heartland has tried to distance itself from administration policies. Late last month, it published a fact sheet about its shelters showing photos of tidy bedrooms as well as children sitting in class and outside playing volleyball.

“Leaving children alone at the border to fend for themselves or at risk of detention in deplorable conditions is unacceptable,” according to the fact sheet, which says the organization is “deeply committed to the fair treatment” of refugees and asylum-seekers. “The differences between our programs and what is being reported about Border Patrol detention facilities are many.”

Unlike Border Patrol facilities, which are overseen by the Department of Homeland Security, shelters for immigrant children are run by private agencies under contract with the Office of Refugee Resettlement of the U.S. Department of Health and Human Services. Children are supposed to be placed in age-appropriate facilities and have access to social workers, counseling and education while they wait to be placed with sponsors.

Heartland, a subsidiary of the larger Heartland Alliance, has the capacity to care for 396 children at its five shelters in Chicago. As of last week, Heartland was housing 374 children, ranging from infants to 17-year-olds, according to the agency.

ProPublica Illinois last year investigated Heartland’s secretive network of shelters for immigrant children in Illinois and found repeated problems of lax supervision and troubling conditions, including allegations of physical and sexual abuse and neglect. State child welfare officials had cited Heartland for failures to provide appropriate supervision in cases involving an employee having an alleged sexual relationship with a detained teen, children having sex in a common room and numerous runaways. 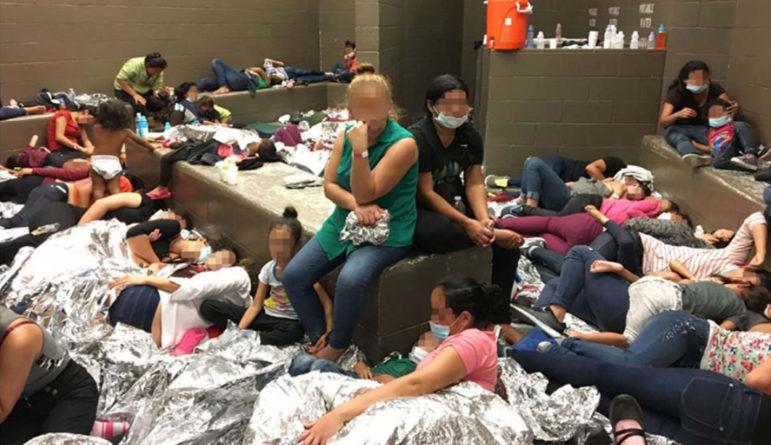 “We have expanded our resources for clinical and mental health services, partnering, for instance, with a number of outside medical and counseling services to support the children who come to us seeking refuge,” Heartland officials said. “We have also expanded opportunities for field trips and bolstered programming to build on children’s talents, such as our big brothers/big sisters programming.”

As Heartland closed shelters, another much smaller operator opened a new facility. Maryville Academy, a Catholic child welfare agency, opened its third shelter in suburban Chicago last week and plans to open a fourth in the city’s Lakeview neighborhood this month. That would bring its capacity to 105 children. The expansion came after the federal government reached out to Maryville and other operators this year asking if they could accept more children, said Sister Catherine Ryan, Maryville’s executive director.

As of late last week, Maryville housed about 60 children. Federal officials notified Maryville that some of the children sent to its shelters may have been exposed to measles or chickenpox at the border, Ryan said. But so far none of the children who have arrived have had either. Still, she said, “we take extra precautions.”

The children, she said, continue to arrive in distress. “We’ve consistently seen that children come having experienced trauma on the journey,” Ryan said.

Last summer, ProPublica Illinois reported that children were being housed longer in Heartland facilities — sometimes several months — in part due to delays in convincing potential sponsors to comply with new federal requirements, such as fingerprinting all household members. In December, the federal government stopped requiring all household members to submit to fingerprint checks.

The chaotic aftermath of Trump’s zero-tolerance policy of separating children from their parents last summer also contributed to increasing lengths of stay for the children in shelters, ProPublica Illinois found. In all, Heartland received 99 children separated from their parents under the zero-tolerance policy. Shelter staff said they felt pressure to reunite those families first, which sometimes came at the expense of other children in the shelters.

The Trump administration said it ended its formal policy of separating families last summer, but the separations have continued. The Houston Chronicle reported last month that the federal government has justified hundreds of separations based on sometimes dubious evidence that parents have serious criminal records or gang affiliations. ProPublica reported this week on how immigration authorities are using secret databases run by foreign police and militaries to identify gang ties.

Heartland declined to provide additional details about the separated children in its care. But records obtained by a group of immigration advocacy groups on children separated from their parents showed that between June 20, 2018, when Trump signed an executive order to end the practice, and March 2019, nine children were sent to Heartland shelters.

They include an infant from Honduras and a 4-year-old from El Salvador.