Feds struggle to claw back billions in overcharges 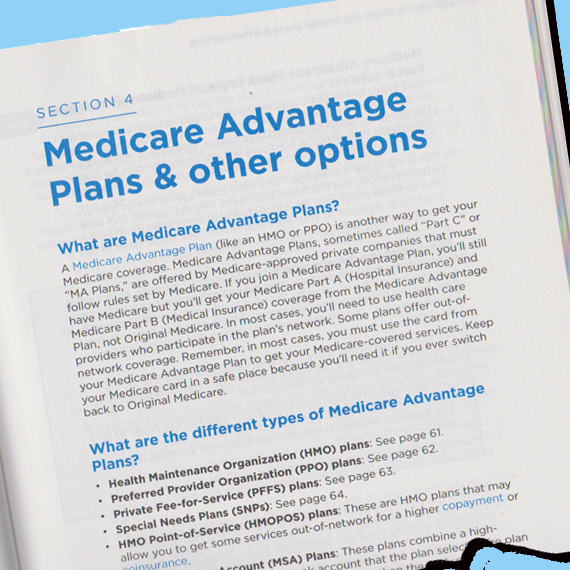 Health insurers that treat millions of seniors have overcharged Medicare by nearly $30 billion the past three years alone, but federal officials say they are moving ahead with long-delayed plans to recoup at least part of the money.

Officials have known for years that some Medicare Advantage plans overbill the government by exaggerating how sick their patients are or by charging Medicare for treating serious medical conditions they cannot prove their patients have.

Getting refunds from the health plans has proved daunting, however. Officials with the Centers for Medicare & Medicaid Services repeatedly have postponed, or backed off, efforts to crack down on billing abuses and mistakes by the increasingly popular Medicare Advantage health plans offered by private health insurers under contract with Medicare. Today, such plans treat over 22 million seniors, more than one in three people on Medicare.

Now CMS is trying again, proposing a series of enhanced audits tailored to claw back $1 billion in Medicare Advantage overpayments by 2020 — just a tenth of what it estimates the plans overcharge the government in a given year.

At the same time, the Department of Health and Human Services Inspector General’s Office has launched a separate nationwide round of Medicare Advantage audits.

As in past years, such scrutiny faces an onslaught of criticism from the insurance industry, which argues the CMS audits especially are technically unsound and unfair and could jeopardize medical services for seniors.

Insurer Cigna Corp. warned in a May financial filing: “If adopted in its current form, [the audits] could have a detrimental impact” on all Medicare Advantage plans and “affect the ability of plans to deliver high quality care.”

“There’s a lot of things that could cause Medicare to go broke. This would be one of the contributing factors,” she said. “Ten billion dollars a year is real money.”

Catching overbilling with a wider net

In the overpayment dispute, health plans want CMS to scale back — if not kill off — an enhanced audit tool that, for the first time, could force insurers to cough up millions in improper payments they’ve received.

For over a decade, audits have been little more than an irritant to insurers because most plans go years without being chosen for review and often pay only a few hundred thousand dollars in refunds as a consequence. When auditors uncover errors in the medical records of patients they paid the companies to treat, CMS has simply required a rebate for those patients for just the year audited — relatively small sums for plans with thousands of members.

The latest CMS proposal would raise those stakes enormously by extrapolating error rates found in a random sample of 200 patients to the plan’s full membership — a technique expected to trigger many multimillion-dollar penalties. Though controversial, extrapolation is common in medical fraud investigations — except for investigations into Medicare Advantage. Since 2007, the industry has successfully challenged the extrapolation method and, as a result, largely avoided accountability for pervasive billing errors.

“The public has a substantial interest in the recoupment of millions of dollars of public money improperly paid to health insurers,” CMS wrote in a Federal Register notice late last year announcing its renewed attempt at using extrapolation.

In a written response to questions posed by Kaiser Health News, CMS officials said the agency has already conducted 90 of those enhanced audits for payments made in 2011, 2012 and 2013 — and expects to collect $650 million in extrapolated penalties as a result.

Though that figure reflects only a minute percentage of actual losses to taxpayers from overpayments, it would be a huge escalation for CMS. Previous Medicare Advantage audits have recouped a total of about $14 million, far less than it cost to conduct them, federal records show.

Though CMS has disclosed the names of the health plans in the crossfire, it has not yet told them how much each owes, officials said. CMS declined to say when, or if, they would make the results public.

This spring, CMS announced it would extend until the end of August the audit proposal’s public comment period, which was supposed to end in April. That could be a signal the agency might be looking more closely at industry objections.

Health care industry consultant Jessica Smith said CMS might be taking additional time to make sure the audit protocol can pass muster. “Once they have their ducks in a row, CMS will come back hard at the health plans. There is so much money tied to this.”

But Sean Creighton, a former senior CMS official who now advises the industry for health care consultant Avalere Health, said payment error rates have been dropping because many health plans “are trying as hard as they can to become compliant.”

Still, audits are continuing to find mistakes. The first HHS inspector general audit, released in late April, found that Missouri-based Essence Healthcare Inc. had failed to justify fees for dozens of patients it had treated for strokes or depression. Essence denied any wrongdoing but agreed it should refund $158,904 in overcharges for those patients and ferret out any other errors.

Essence started as a St. Louis physician group, then grew into a broader holding company in 2007 backed by prominent Silicon Valley venture capitalist John Doerr with his brother, St. Louis doctor and software designer Thomas Doerr. Neither would comment on the allegations.

How we got here

CMS uses a billing formula called a “risk score” to pay for each Medicare Advantage member. The formula pays higher rates for sicker patients than for people in good health.

Congress approved risk scoring in 2003 to ensure health plans did not shy away from taking sick patients who could incur higher-than-usual costs from hospitals and other medical facilities. But some insurers quickly found ways to boost risk scores — and their revenues.

In 2007, after several years of running Medicare Advantage as what one CMS official dubbed an “honor system,” the agency launched “Risk Adjustment Data Validation,” or RADV, audits. The idea was to cut down on undeserved payments that cost CMS nearly $30 billion over the past three years.

The audits of 37 health plans revealed that on average auditors could confirm just 60 percent of the more than 20,000 medical conditions CMS had paid the plans to treat.

Extra payments to plans that had claimed some of its diabetic patients had complications, such as eye or kidney problems, were reduced or invalidated in nearly half the cases. The overpayments exceeded $10,000 a year for more than 150 patients, though health plans disputed some of the findings.

But CMS kept the findings under wraps until the Center for Public Integrity, an investigative journalism group, sued the agency under the Freedom of Information Act to make them public.

Despite the alarming results, CMS conducted no audits for payments made during 2008, 2009 and 2010 as they faced industry backlash over CMS’ authority to conduct them, and the threat of extrapolated repayments. Some inside the agency also worried that health plans would abandon the Medicare Advantage program if CMS pressed them too hard, records released through the FOIA lawsuit show.

CMS officials resumed the audits for 2011 and expected to finish them and assess penalties by the end of 2016. That has yet to happen amid the continuing protests from the industry. Insurers want CMS to adjust downward any extrapolated penalties to account for coding errors that exist in standard Medicare. CMS stands behind its method — at least for now.

At a minimum, argues AHIP, the health insurers association, CMS should back off extrapolation for the 90 audits for 2011-13. Should CMS agree, it would write off more than half a billion dollars that could be recovered for the U.S. Treasury.

This story was first published July 16, 2019, in Kaiser Health News (KHN), a national health policy news service. It is an editorially independent program of the Henry J. Kaiser Family Foundation which is not affiliated with Kaiser Permanente.