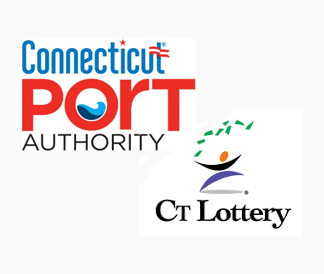 Ongoing problems at two of the state’s quasi-public agencies – the Connecticut Lottery and Connecticut Port Authority – have prompted Gov. Ned Lamont to order a review of their operations.

The governor’s office announced his intervention of the two troubled agencies Tuesday night.

In a statement, Lamont said he has directed Chief of Staff Ryan Drajewicz and Chief Operating Officer Paul Mounds to both “examine the management and operations of the two agencies and work closely with their leadership to make sure both organizations deliver all the benefits they were created to provide.”

Lamont has become increasingly worried about management of the two quasi-public agencies since he took office, according to the governor’s office.

The port authority is responsible for the state’s three Long Island Sound ports in Bridgeport, New Haven and New London, as well as inland river ports. Lamont is particularly concerned that ongoing personnel issues at the authority don’t interfere with negotiations on the development of offshore wind.

Last Wednesday, the governor requested the resignation of the chairwoman of the authority, Bonnie Reemsnyder, who was facing increasing criticism amid media reports that the authority paid $3,000 to purchase six photographs taken by Reemsnyder’s daughter. Reemsnyder, who is the Democratic first selectwoman of Old Lyme, resigned later that day.

The port authority also recently placed its executive director, Evan Matthews, on administrative leave, but has not said why. Last week, the authority appointed retired Navy Captain Paul Whitescarver to assist with daily operations and management.

Drajewicz and Mounds will work with Whitescarver and the vice chairman of the authority, David Kooris, to conduct negotiations related to the development of offshore wind and “future economic benefits” offered by the State Pier, the governor’s office said.

The governor has also ordered an independent review of the Connecticut Lottery Corporation’s operational and management practices. Drajewicz and Mounds will assist in that review, which is expected to be conducted by an outside management consultant or law firm, the governor’s office said.

The lottery corporation has been dogged by scandal and controversy in recent years, including recent revelations that lottery Vice President Chelsea Turner contacted the FBI in 2014, rather than state officials, when she had concerns about the actions of former board chairman Frank Farricker.

The details of that decision – which included a scheme to secretly record Farricker by concealing a listening device inside the eyeglass case of another lottery official – were reported by the Hartford Courant earlier this month. Turner has since been placed on leave from her state job.

Lamont said any review of the lottery corporation must include the regulations that govern its operations, games and board management practices, as well as an assessment of the lottery’s procedures for reporting unethical or improper conduct.