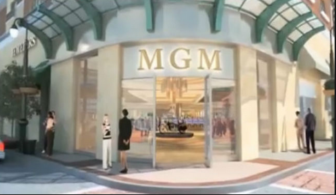 MGM is suing to protect revenue at MGM Springfield.

MGM Resorts International sued the Department of the Interior on Wednesday in a fresh bid to bar tribal competitors in Connecticut from constructing an off-reservation casino in East Windsor or pursuing rights to another one in Bridgeport.

The 33-page suit filed in U.S. District Court in Washington represents a strategic shift by MGM, which previously had accused Connecticut of constitutional violations in its no-bid authorization of an East Windsor casino to compete with MGM Springfield.

The aims of the new suit are broader than stopping East Windsor: It argues that Interior and its Bureau of Indian Affairs have no authority to accept amendments to Connecticut’s gambling compacts with its two federally recognized tribes for any off-reservation commercial gambling.

While potentially taking years to litigate, the lawsuit is likely to have an immediate political impact in Hartford. It appears geared to raise doubts about the tribes’ ability to legally develop off-reservation casinos or compete for exclusive rights to sports betting in the state.

The suit was filed as the state seeks a path to legalize sports betting in Connecticut, one that Gov. Ned. Lamont had hoped to smooth by striking a grand bargain with the tribes and MGM.

But the Mashantucket Pequot and Mohegan tribal nations, the respective owners of Foxwoods Resort Casino and Mohegan Sun on reservations in eastern Connecticut, reaffirmed Monday that they will not give up plans for East Windsor in return for sports betting or any other inducement.

Two days later, MGM is laying down its own marker, filing a suit that has been in making for months or longer. The suit asks a federal judge to vacate Interior’s approval of the amendments, alleging a violation of a federal Indian gaming law and the Administrative Procedure Act.

“MGM Resorts is filing this lawsuit because the Interior Department’s decisions violate established federal law and prevent MGM from competing on equal terms in Connecticut,” the company said in a statement. 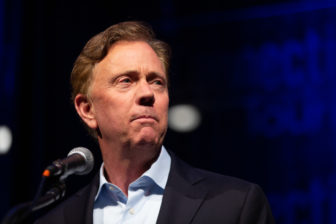 Lamont said the lawsuit was what he was trying to avoid.

“As I have consistently said, our state needs to reach a global gaming resolution that will avoid years and years or complex litigation,” Lamont said. “The gaming industry in Connecticut represents a significant portion of our economy, and as other states have demonstrated, there is room to grow it.

Molly Block, the press secretary of the Department of the Interior, said its officials cannot comment on ongoing litigation.

Andrew Doba, a spokesman for MMCT, the Mashantucket Pequot and Mohegan tribal nations partnership behind the East Windsor plan, said the suit should change nothing in the debate over sports betting or other gambling in Connecticut.

“The choice for Connecticut policymakers can’t get any clearer,” Doba said. “We can either let a Las Vegas company that generates not one dime of revenue for the state push us around, or we can stand strong with the tribes and an industry that’s generated more than $8 billion in tax revenue and currently employs 18,000 people.”

The procedural, political and legal history undergirding the new lawsuit is complicated, some of it unique to Connecticut. It is the legacy of a strategic retreat by Gov. Lowell P. Weicker Jr. a quarter century ago on the issue of casino gambling.

Weicker cut a deal with the Mashantucket Pequot and, later, Mohegan tribal nations to permit slot machines at what would become two of the world’s largest casinos, Foxwoods and Mohegan Sun. The deal both opened the door to casino gambling and imposed a limit — one that still complicates any expansion of gambling in the state.

It gave the tribes exclusive rights to casino gambling in Connecticut in return for 25 percent of their gross slots revenues. That served two purposes: creating a revenue source that has produced $8 billion for the state, while effectively pricing out competitors unable to guarantee a similar return.

But the deal did not anticipate changes in public attitudes towards casino gambling — Massachusetts, Rhode Island and New York casinos now compete with the tribes — or a U.S. Supreme Court decision that recently struck down federal restrictions that had largely limited legal sports betting to books operated by casinos in Nevada.

Once Massachusetts gave MGM the rights to open a casino in Springfield, the tribes sought permission to open a satellite operation off I-91 in East Windsor, about 12 miles from Springfield. With a special act passed in 2017, the General Assembly effectively granted the tribes’ joint venture, MMCT, the state’s first commercial casino license.

The act did not take effect, however, unless Interior accepted amendments to Connecticut’s gambling agreements with the tribes. The requirement was meant to guarantee that a new commercial casino — even one owned by the tribes — would not violate the exclusivity agreement of the older agreement and jeopardize the 25 percent revenue sharing.

Tribes are free to conduct gambling off their reservations, without approval of Interior. The Mohegans, for example, unsuccessfully competed with MGM for a Massachusetts license, and the tribe’s gambling operation runs or is developing seven casinos outside Connecticut, including projects in Pennsylvania, New Jersey, Louisiana, Canada and South Korea.

But those undertakings do not involve maintaining or expanding gambling compacts with their home state under the provisions of IGRA, the Indian Gaming Regulatory Act.

The heart of MGM’s new suit is a claim that the tribes are trying to use IGRA and the gambling compact amendment process to eliminate commercial competition off reservation.

“IGRA was never intended to allow such a scheme, and Interior lacks statutory authority to approve it,” MGM said in the lawsuit.

The role of Interior and the Bureau of Indian of Affairs in considering the East Windsor amendments was the subject of fierce lobbying in Washington, with the state’s congressional delegation demanding an investigation into what it calls MGM’s efforts to use the Trump White House to stop an expected approval.

While initially siding with MGM, Interior reversed course and gave it s final approval earlier this year. IGRA, is says, was intended to create a way for tribes to expand taking land in trust as part of their historic reservations.

Connecticut’s tribes are using it to bootstrap control of a broader commercial market, MGM maintains.

“These amendments have the stated purpose of facilitating off-reservation, commercial gaming operated by a joint venture wholly owned by Indian tribes,” MGM said in the suit. “These amendments therefore circumvent IGRA’s land-in-trust process, which governs off-reservation gaming, and allow Connecticut’s federally-recognized Indian tribes to leverage their duopoly over tribal gaming to obtain a monopoly over commercial gaming in Connecticut.”

By suing Interior instead of Connecticut, MGM avoids the question of legal standing.

The company has previously claimed that the special act authorizing East Windsor in 2017 violated the equal protection and commerce clauses of the U.S. Constitution. But MGM is barred by its Massachusetts license from doing business within a 50-mile radius of Springfield — meaning it could not compete for the East Windsor site.

MGM raised such claims in a suit filed in 2015, before the passage of the 2017 law. It was dismissed as premature.