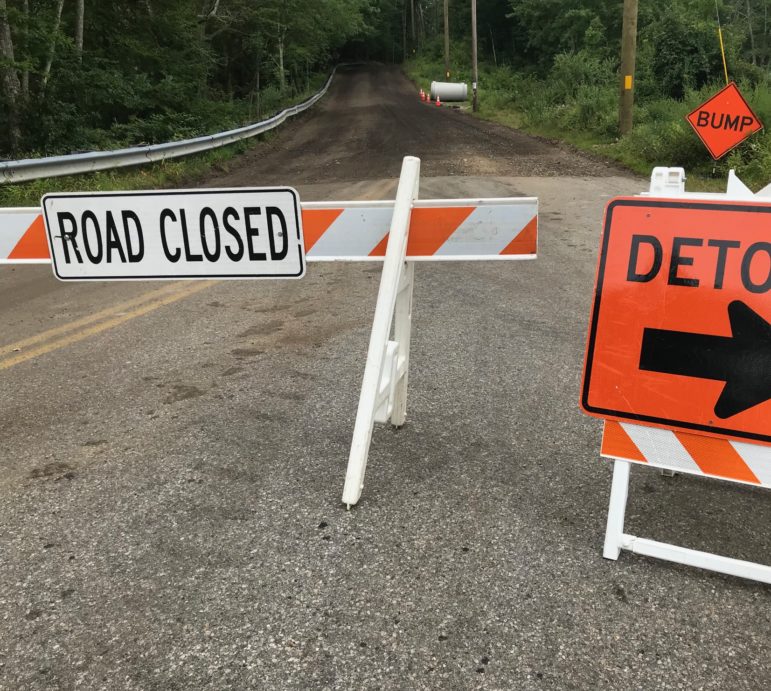 Gov. Ned Lamont and Democratic legislative leaders repeatedly trumpeted their adoption of a new state budget “on time” in June, noting it gave cities and towns certainty about the grants they could expect. 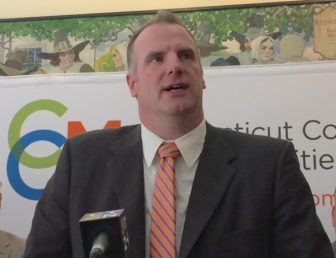 While most municipal aid was included in the new, two-year, $43.4 billion state budget enacted in June, Connecticut issues bonds and borrows the funds it distributes in three grants — one of which is the $60 million Town Aid Road [TAR] program.

And the legislature’s Democratic majority and Lamont still haven’t finished work on a new bonding package for this fiscal year and next.

“It only brings down the credibility of the state, or the legislature, when you cannot depend on the funds coming on time,” said Ridgefield First Selectman Rudy Marconi, president of the Connecticut Council of Small Towns.

Joe DeLong, executive director of the Connecticut Conference of Municipalities, said nearly all state officials profess to be worried about the state’s aging roads and bridges, regardless of whether they believe tolls are the best way to finance repairs and improvements. But local leaders “start to question how much they really about concerned about Connecticut’s transportation infrastructure when something as basic and vital as TAR grants aren’t getting out on time,” DeLong said. 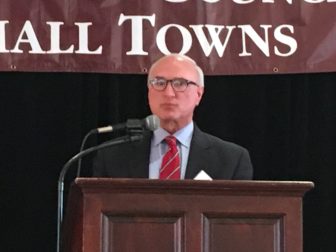 Connecticut provides $60 million annually to communities through the TAR program, with $30 million installments delivered in early July — just after the fiscal year has begun, and in early January.

But legislators and the governor weren’t able to agree on a full package of bond authorizations before the regular General Assembly session closed on June 5. And they remain at odds now.

Communities build a paving schedule entering the summer that anticipates the TAR grant. Wealthier communities, or those with a healthy local budget reserve, can work around a delay in state funding. Poorer communities and those that are cash strapped tend to postpone some road work until the next year.

Betsy Gara, executive director of the Council of Small Towns, said if the bonding gridlock isn’t resolved by the winter, some communities will have issues with snow removal.

“The uncertainty regarding when funds will be released and in what amounts is very frustrating for town leaders, who are trying to manage local budgets, maintain roads and other infrastructure while minimizing the need for property tax increases,” she said. 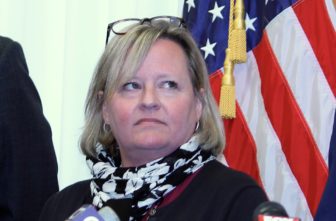 Cities and towns faced a much longer delay in 2017 when then-Gov. Dannel P. Malloy and the legislature could not resolve a new two-year budget.

The General Assembly also was split sharply along partisan lines. Democrats held a narrow edge in the House while the Senate was divided equally 18-18.

Lawmakers did not adopt a new state budget until late October, and Malloy signed the plan in early November. Communities waited more than four months for their TAR grant, missing nearly the entire road repaving season.

Lamont and legislators settled the budget on time this year. But they’ve had more difficulty resolving how much Connecticut can afford to borrow over this fiscal year and next.

Connecticut has one of the highest levels of bonded debt, per capita, of any state in the nation. And Lamont, who took office in January, insists state government must go on a “debt diet.”

The governor recommended in February that the legislature authorize slightly less than $1 billion per year in new general obligation bonding, two-thirds of what it issued, on average, between 2012 and 2019.

Lamont hinted this summer he might go as high as $1.3 billion per year in bonding — provided legislators would agree to dedicate $100 million of that extra funds for state transportation projects. The governor has asked legislators to approve electronic tolling on state highways, but they have balked at that option to date.

Democratic legislative leaders have said there are many smaller projects in lawmakers’ home districts that are priorities for the rank-and-file.

Rep. Jason Rojas, D-East Hartford, co-chairman of the Finance, Revenue and Bonding Committee, said neither side has stopped trying to reach a deal. “We continue to exchange proposals and ideas,” Rojas said, adding that summer vacation scheduling challenges also have slowed the talks.

“Governor Lamont is committed to putting Connecticut on the right track financially in the short- and the long-term while ensuring a responsible agreement on the bond bill,” Lamont spokesman Max Reiss said. “ … The governor wants a bond package that sticks to funding priority projects [and] that also makes the critical investments in our infrastructure.”