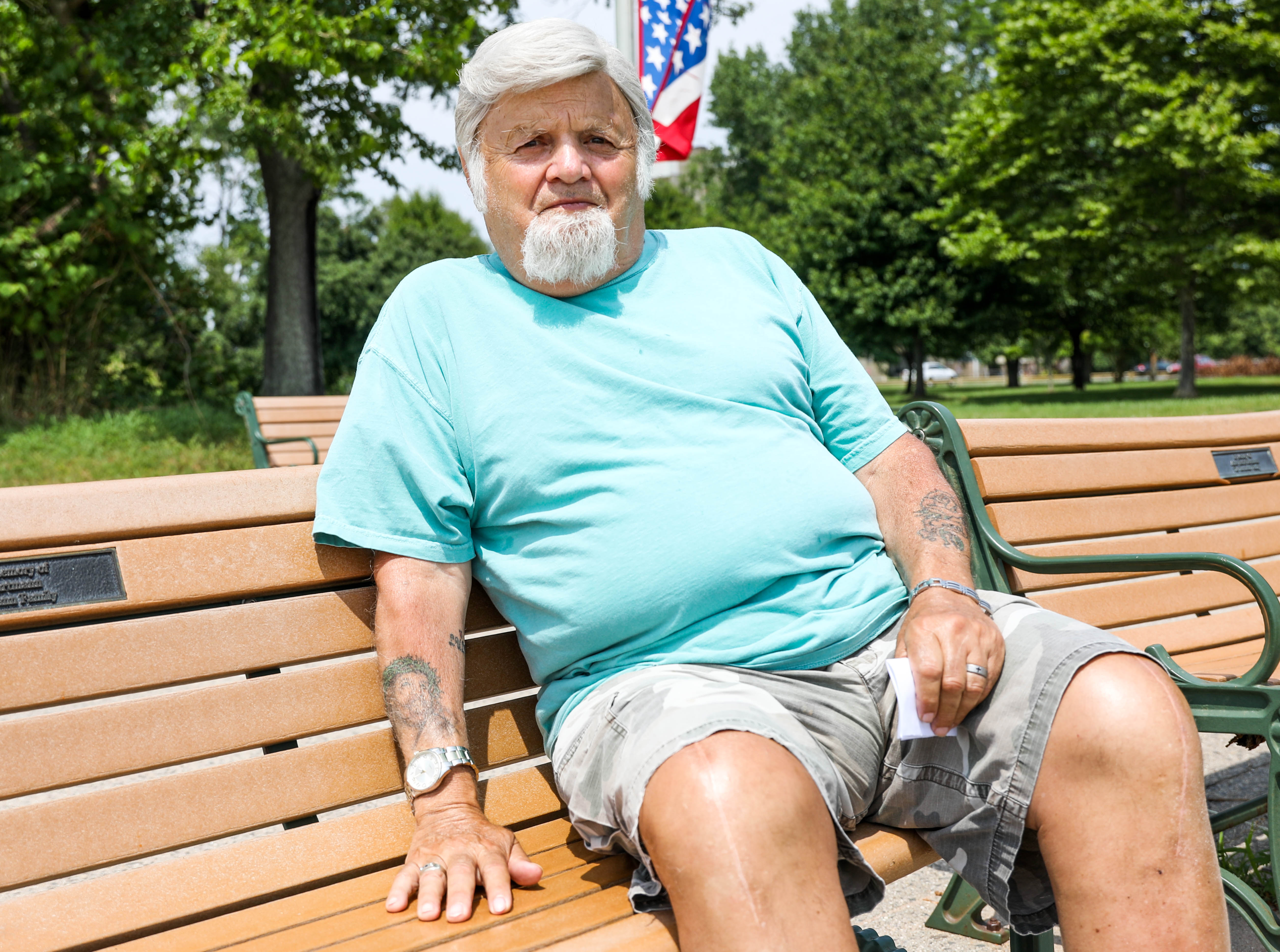 Salvatore Bonito, 77, worked as a cook at a hospital in Brooklyn, New York for 30 years. He decided to retire in West Haven after seeing the beach. Bonito says he knows eating right and exercising is important. He had surgery on both knees, but it doesn’t stop him from walking along the boardwalk in the summer.

In West Haven, 24% of white residents reported their health as fair or poor, a rate worse than whites statewide and in New Haven.

And 39% of white New Britain residents reported that financially, they were just getting by or were worse off. That’s higher than in Hartford and statewide.

A C-HIT analysis of the results from the recent DataHaven Community Wellbeing Survey found that residents in a number of midsize, blue-collar cities reported lower health ratings than residents of the state’s largest cities. The results are likely influenced by economic status, upending the long-held belief that urban centers, with concentrations of poverty, have the lowest health ratings. DataHaven, a New Haven-based nonprofit, received 16,000 responses statewide.

Besides the poor, “white middle-class people are going through stresses, too,’’ he said. “Some have told me that they skip going to the doctor because they can’t afford it.”

The analysis also found that whites in several midsize cities were more likely to have diabetes, high blood pressure or heart disease than whites in larger cities.

Salvatore Bonito, 77, from West Haven, said he’s trying to eat right and walk every day. “I’m a diabetic and I have a problem with my feet swelling up, but I do the best I can,” he said. 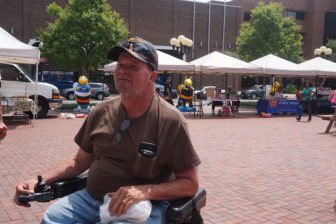 John Davis, an Army veteran, lives at the YMCA in New Britain and suffers from diabetes, high blood pressure, and high cholesterol.

John Davis, 55, an Army veteran, recently moved from a downtown New Britain motel to the YMCA, lost part of one leg to poor circulation in 2008 and has diabetes, high blood pressure and high cholesterol. “I see a lot of people who are homeless or depressed down here,’’ he said in New Britain’s Central Park. “That’s not my life. I need for nothing.”

Davis’s optimism wasn’t reflected in the survey results, however. White residents in midsize cities were more likely to report feeling hopeless or depressed than whites statewide, with financial stress appearing to be a factor. Age alone does not fully explain the lower ratings.

Residents and officials in New Britain, West Haven and New London attributed the ratings to the opioid crisis, low wages, substandard housing and transportation, and a familiar squeeze on the working poor.

Patricia A. Rehmer, president of the Hartford HealthCare Behavioral Health Network, said Connecticut has many white, middle-class men in their 20s who have spiraled into poverty due to addiction.

“The opioids really are equal opportunity drugs, which lead to poverty and homelessness and certainly, hopelessness,” she said.

New London Mayor Michael Passero said people around the state might not realize that his city has a heavy concentration of poverty.

“The poverty here is not limited to the black and brown population,” he said. “Everybody who falls out of the middle class in this area ends up in New London.”

To improve health outcomes, the city’s Community Health Assessment Team is focusing on the opioid crisis as well as diabetes, mental health and access to health care. One of its co-chairs, Laurel Holmes, director of community partnerships and population health at Lawrence + Memorial Hospital, said New London is similar to New Haven and Bridgeport.

“We have the same socio-economic, racial and demographic challenges and similar levels of poverty, so our health problems mirror those of other cities,’’ she said. 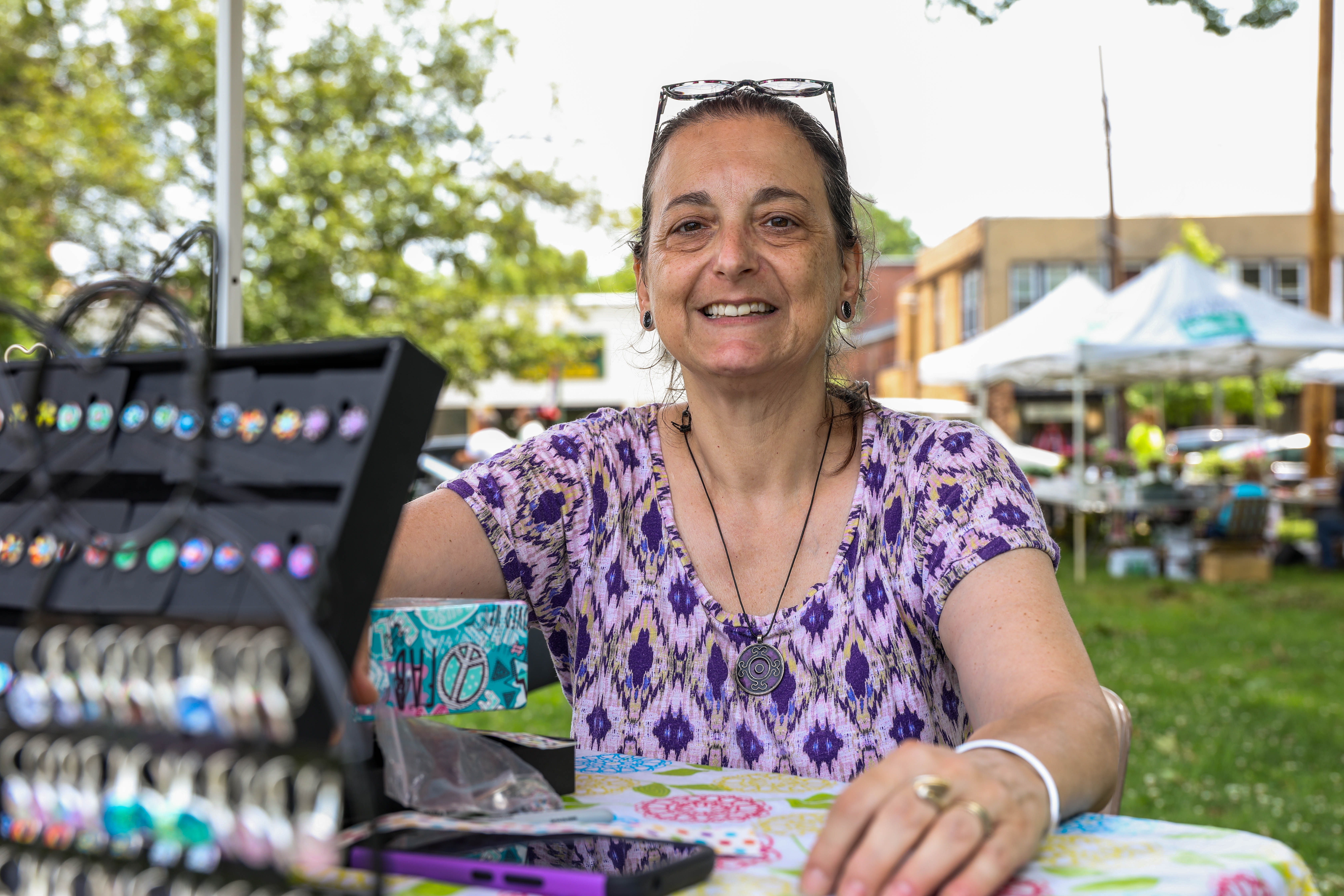 Katalin Berger, 57, sits in front of her jewelry stand at the West Haven Farmers Market. She says she is satisfied with life but is concerned with the amount of taxes she pays to Connecticut while her and her husband live on a fixed income.

When she heard that 46% of whites in West Haven reported just getting by financially, Katalin Berger, 57, a retired medical librarian from West Haven, blamed high taxes. “We live in ConnectiTax. The taxes are deadly.”

While she and her husband have limited incomes, she said they never feel hopeless. “It’s not easy, but it’s good,’’ she said.

Janet Mattei, 82, a lifelong West Haven resident, said she and her husband are doing fine, but jobs are scarce in the city for younger people.

“I think everybody’s getting by,” she said. “I don’t think they’re rich.

Others in the midsize cities pointed to inadequate health insurance as a factor in the ratings.

“Many people have huge deductibles now,’’ said Dr. Joseph Garner, chief of medicine at The Hospital of Central Connecticut in New Britain. “They avoid getting care or they put off medical tests to avoid having to spend that deductible.”

Helen Supsinskas, a Polish victim advocate for the Human Resources Agency of New Britain, said some of her clients lack health insurance and fear being deported if they are undocumented immigrants. “They may feel their future is hanging in the balance, so they may be afraid to get [medical] help,” she said.

Liese Niedermayer, 61, of New Britain, said she is on disability for epilepsy, depression and anxiety, but has been helped by many services in the city.

“I have found that there’s hope,” she said.

Her friend, Lenore Bourque, 72, of New Britain, said she sees many people in downtown New Britain who are poor and discouraged.

“A lot of people here have a lot of emotional problems, and we have a fair share of homeless people,” she said. “We’re no different than any other city.”