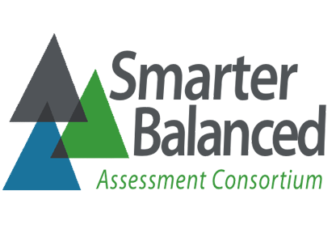 A slightly greater percentage of  Connecticut students performed at grade level on this year’s state standardized test, with the state’s black and Hispanic students outpacing the statewide rate of improvement.

Still, the state’s yawning achievement gap continued to sharply divide Connecticut students along racial, ethnic and economic lines, with white children at least twice as likely to hit the proficiency benchmark as their black and Hispanic peers.

“While we continue to see promising year-to-year increases for all student groups meeting or exceeding their achievement benchmark in both [English Language Arts] and math, our mission to close gaps around the state remains a priority,” said Education Commissioner Miguel Cardona. “Together with our districts and school leaders, we will identify the local practices that are working and focus our support on the instructional core at the heart of the work.”

He said a strong instructional core will “serve as a foundation for achieving successful outcomes for all students regardless of zip code.”

Overall, the state’s students scored only slightly better on the English portion of the Smarter Balanced Assessment Consortium exam this year, with 55.7% of students scoring at grade level — 0.4% more than last year. Proficiency on the English test hasn’t changed much since the state began administering the test five years ago, when 55.3% of students met the benchmark score.

Performance on the math test also showed only a slight improvement, with 48.1% of students reaching proficiency — 1.3 percentage points over last year’s rate. However, over the past five years, scores on the math test — which have been markedly lower than the English test — have shown significant progress. Only 38.9% of students scored at grade level in math in 2014-15, compared to 48.1% this year.

Ajit Gopalakrishnan, chief performance officer for the state, said the steady improvement in math scores is occurring because “teachers fully understand what the standards are. They know what needs to be covered, there’s solid communication among the teachers both within the grade, but also across the grades.”

And, he said, paraprofessionals, who understand the standards, are supporting the most vulnerable students.

The percentages of black and Hispanic students reaching proficiency benchmarks in math over the last five years has increased significantly, while steady but lesser progress has been made in English. However, in both subjects the growth in the percentage of  black and Hispanic students reaching the benchmark this year compared to last has outpaced statewide progress.

“While we continue to see promising year-to-year increases for all student groups meeting or exceeding their achievement benchmark in both [English Language Arts] and math, our mission to close gaps around the state remains a priority.”

Over the past five years, the percentage of Hispanic students reaching the benchmark in math increased from 17% to 27%. This year’s rate increased 1.7 percentage points over last year’s.

The percentage of Hispanic students hitting the proficiency mark in English went from 32.7% five years ago to 35.7% this year with this year’s rate exceeding last year’s by 1.6 percentage points.

In addition, students designated as high needs — students who are eligible for free or reduced price lunch, are learning to speak English, or have special education needs — also showed increases in the percentage of students achieving grade-level scores this year compared to last year.

Despite the improvements for black, Hispanic, and low-income students, white students and those from middle and upper income families reached grade-level scores at twice the rate or more, with almost 70%  of white students reaching the benchmark in English and 62.1% reaching it in math.

Andrea Comer, executive director of Educators for Excellence, said that “while the incremental increases are encouraging, we need to move at a quicker rate, particularly if you are linking this to the state’s economy and the state’s ability to grow, as well as the changing demographic of the state. 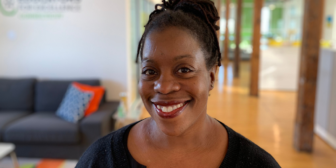 “This is tied in so many ways to poverty,” Comer said. “Kids can’t focus on learning if their lights are out. Housing, crime, poverty, unemployment — I think we are are going to continue to have these incremental small increases until we are really strategic, holistic about addressing some of those other conditions. You can’t focus on education in a silo.”

“That’s definitely a sign in line with the increases we are seeing among high need students,” Gopalakrishnan said. “So that’s very reassuring.”

Less encouraging, state officials said, was another measure — called the growth rate — which evaluates the improvement achieved by the same student from one year to the next.

The aim is to have all students achieve above average growth so they are on pace to reach or maintain high levels of achievement, but Gopalakrishnan said that students statewide are, on average, only reaching about 60% of their annual growth targets.

He said that if districts focus on ensuring students’ academic growth, better achievement on tests will follow.

In at least two districts — both Alliance Districts — superintendents were pleased with their students’ progress.

Meriden Superintendent Mark Benigni attributed the district’s improved scores to a “standards-based curriculum implemented across all grade levels. We’re doing a good job of tracking where students are at and then providing support.”

In addition, he said, the use of technology has helped boost performance. Students can work at their own pace on a device, he said, which allows a teacher to work with small groups of students who need extra help.

Vernon Superintendent Joseph Macary said students there also showed significant improvement, with 53.3% reaching grade level on the English test compared to 44.6% four years ago, while in math 47.1% of students hit the benchmark or better this year, compared to 33.1% four years ago.

Macary attributes the gains to the district’s “blueprint for success” which focuses on “five drivers” — including professional development, a rigorous curriculum, intervention with students, engagement with families and the community, and hiring the right people.

“We’ve got the right recipe and I’m proud of it,” Macary said.

A spokesman for Hartford said Friday the district was still analyzing the scores.

Suburbs in the Hartford area saw smalls ups and downs, with the percentage of students reaching the proficiency standards in the 70th percentiles in affluent towns like Avon and Glastonbury.