Longtime CEO of Connecticut Health Foundation will retire in 2020 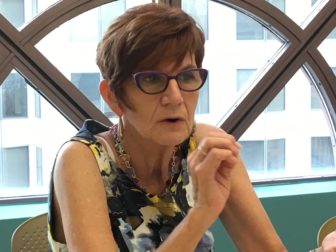 Patricia Baker, president and CEO of the Connecticut Health Foundation, will retire in June 2020.

Patricia Baker, a founding member of the Connecticut Health Foundation and the group’s leader since its 1999 inception, said Wednesday that she will retire next year.

Baker will step down in June 2020. A national search will be conducted for her replacement, the organization said.

“I am deeply grateful for the opportunity to work on issues of critical importance to ensure a more equitable and just future,” Baker said. “We have worked hard to be an agent of change and I am proud of what the foundation and its many partners have accomplished.”

As improvements were made in mental health and oral care – by 2013, Connecticut topped the nation in the percentage of children with Medicaid who visited a dentist – the organization shifted more of its attention to health disparities, concentrating on research and policy. Through its Health Leadership Fellows program, it also trained more than 200 people working to address inequalities.

“When we began, racial and ethnic health disparities received little attention, and it is heartening to see so many other organizations now also committed to eliminating disparities and addressing the conditions that cause them,” Baker said.

The foundation has awarded more than $63 million in grants over its two decades of operation and supported the creation of programs aimed at early intervention and advocacy. The CT Mirror is among its grant recipients.

Baker has been an influential figure in state and national health efforts. In addition to her role as president and CEO of the foundation, she is the vice chair of Connecticut’s Healthcare Cabinet, chair of the State Health Improvement Plan advisory council, and a member of the State Innovation Model initiative’s steering committee.

“It would be difficult to overstate the role Pat has played in advancing the health of Connecticut residents and making sure that eliminating racial and ethnic health disparities are on the agenda for policymakers and health systems,” Connecticut Health Foundation Board Chair David Newton said. “She constantly pushes the foundation, grantees, and policymakers to think about the ways to achieve the greatest, most enduring changes that can improve people’s lives.”