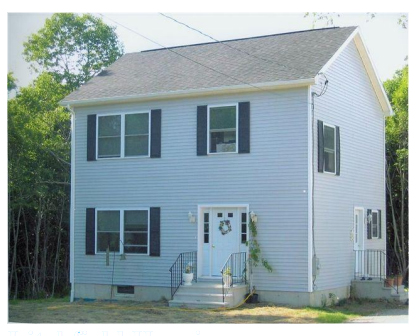 A project in Litchfield.

“These grants go a long way toward improving neighborhoods so that we can make our communities more attractive and encourage continued growth for the benefit of all of our residents,” Lamont said.

Without those federal dollars, Connecticut likely would not be able to assist as many low- and moderate income residents as it currently does, said state Housing Commissioner Seila Mosquera-Bruno.

“Whether it’s helping a family to complete essential renovations on their homes such as repairing a leaking roof, making a senior living facility ADA compliant, or improving the habitability of a domestic violence shelter — CDBG Small Cities funding is an important program,” the commissioner said.

Projects eligible for Small Cities program funding must be located within a municipality with fewer than 50,000 residents and must focus on eliminating blight, attracting economic development and on overall neighborhood improvement.

Rehabilitation awards and recipients include:

The release of this funding is as expected and does not signal a broader agenda for the Lamont administration surrounding housing. The Department of Housing is, however, considering repurposing how this federal pool of funding is spent but has not provided any details other than to say it is being looked at.

Despite the announcement of these grants, the Lamont administration has yet to release a broad policy agenda surrounding housing. Housing advocates have said Lamont’s proposed “debt diet,” which would restrict state borrowing in several areas, could hinder future affordable housing development.