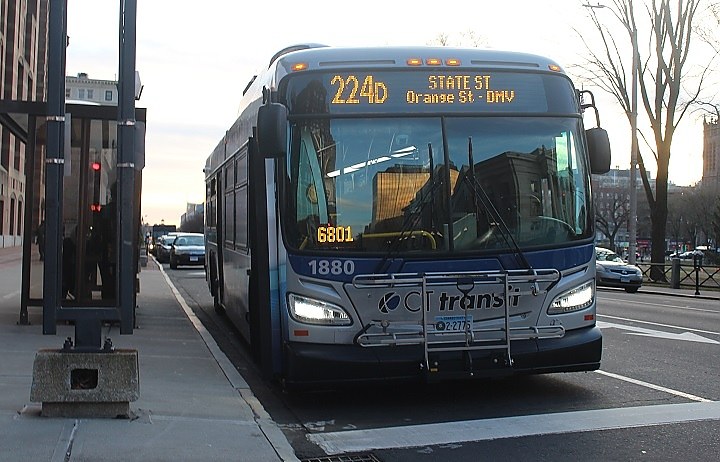 How much might it cost to fix New Haven’s broken public bus system?

According to one years-in-the-making, state-funded transit study, roughly $15.5 million in capital improvements and another $7.7 million in annual operating funds would go a long way towards crafting a more frequent, reliable, and rational local transportation system.

Specifically, those costs would cover building out a local Bus Rapid Transit (BRT) system, complete with new express routes along Grand Avenue, Dixwell Avenue, Whalley Avenue, and Congress Avenue, which are the corridors with the highest current ridership.

That money would also pay for new mini-hub stations in Fair Haven, Dixwell, and Westville; dedicated “bus only” lanes, transit signal priority, and off-board fare collection; and a suite of new, longer buses as well as the operators and maintenance work required to keep them running past midnight on weekdays and with more frequent service on weekends.

“Six years later, here we are,” Mayor Toni Harp (pictured) said at the end of a daylong workshop about the new study that was held on the fourth floor of 195 Church St. Thursday .

One in four people in New Haven doesn’t have a car, she said. So figuring out a way to make the state-operated CTransit bus system as logical, rational, and reliable as possible is more than just a matter of convenience.

“Access to transportation in many ways is a civil rights issue,” she said.

The final Move New Haven report represents the culmination of over a decade of state-funded studies of the city’s public transit system.

What started out as a New Haven streetcar assessment in 2008 morphed into a “Move New Haven” transit study in 2016.

That resulted in a 2017 survey that confirmed that New Haven bus riders were and are not crazy when they marvel at how inefficient, inconsistent, and incoherent the current system can be.

A year later, the Move New Haven team published a draft of some of the recommended fixes for the system: New crosstown routes, express service, bus-priority traffic lights, and fewer stops.

And now, another year after that, the final report has been published: 42 pages of specific recommendations, and associated costs. 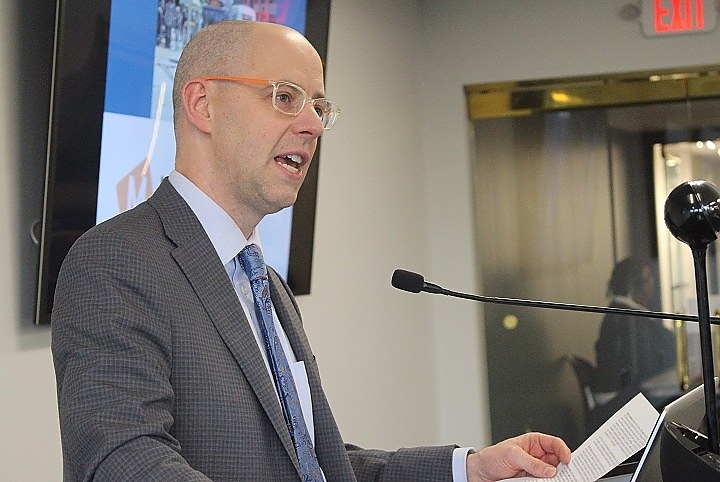 He noted that the Move New Haven report revealed that many of the city’s bus stops are simply too close together, often just 0.1 mile apart rather than the best-practice distance of 0.25 mile.

The system also follows an “old-school thinking” in that all buses have to come down to the central hub of the Green, regardless of whether that’s where riders actually need to go.

And there are serious gaps in service, he said, not necessarily geographically, but in terms of time of day, with customers wanting more late night and weekend service.

“None of these are terribly complicated to solve,” he said. The trick will be prioritizing solutions, and then finding local, state, and federal money to make them happen.

In addition to the anticipated BRT costs, the plan estimates that installing a cross-town route connecting Union Station, Sherman Avenue, Whalley Avenue, Goffe Street, West Hills, SCSU, and Dixwell Avenue without stopping at the Green would cost around $1.3 million to install and another $1.2 million a year to oeprate.

A second cross-town route connecting the Annex, East Shore, Fair Haven, and Fair Haven Heights without stopping at the Green would cost around $1.4 million in capital and $1.3 million in annual operating costs.

Now, Andreski said, the state and city transit departments plan on honing their pitches to the governor and to the state legislature to fund some of these projects while at the same time acting on budget-neutral actions like eliminating redundant bus stops.