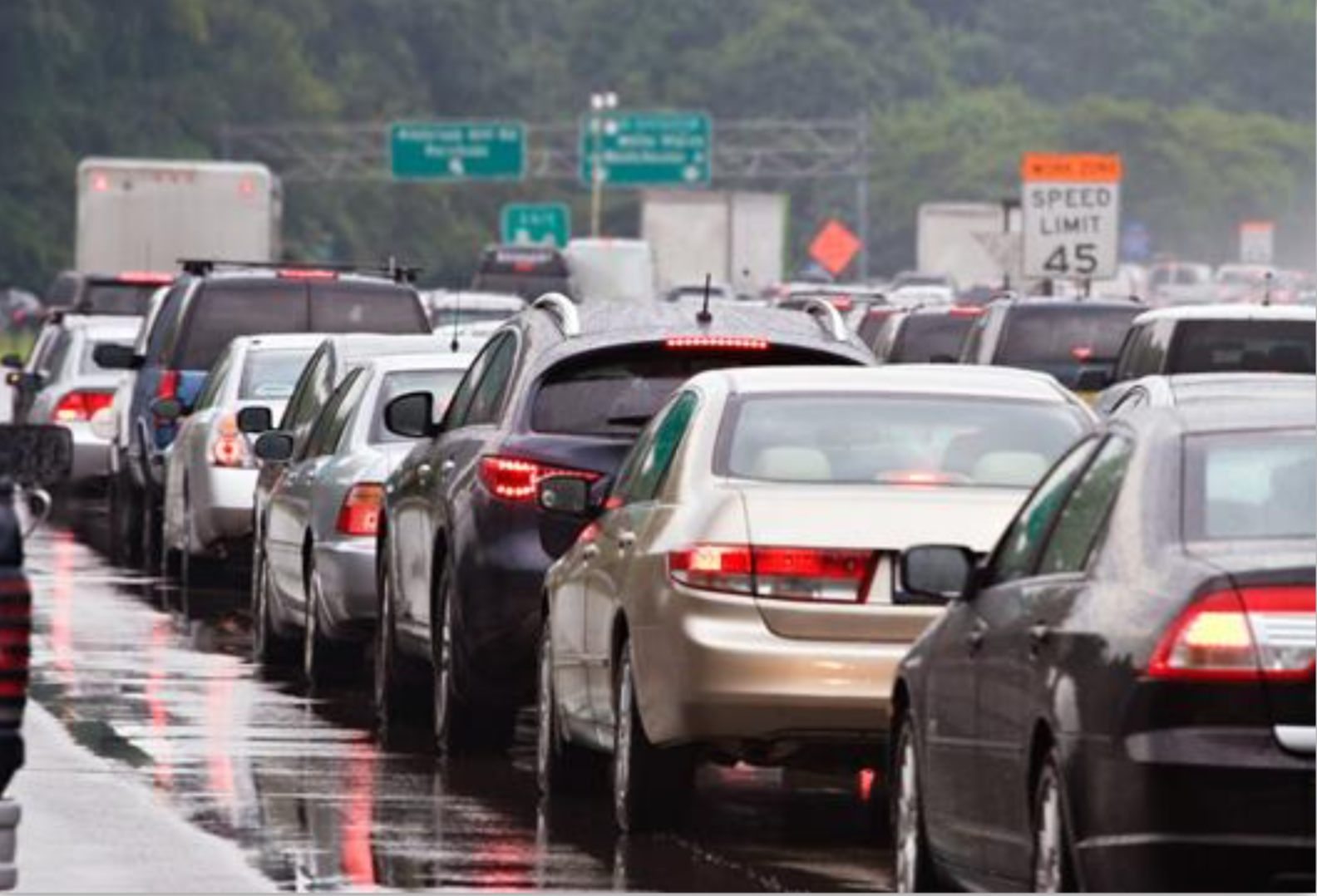 Traffic jams are common on I-95, but Democrats and Republicans in the General Assembly haven’t been able to agree on a plan to address Connecticut’s aging and outdated transportation system.

Gov. Ned Lamont and Democratic legislative leaders recently criticized the Senate GOP plan — which avoids tolls and drains 60% of the state budget reserves — for leaving Connecticut dangerously vulnerable. Those funds likely couldn’t be replenished before late 2024 — or long after that if another recession hits first.

Democrats, meanwhile, have crafted a plan to pump $20 billion into transportation over the next decade — in part by tolling trucks, but not cars. But that plan also hinges on Connecticut’s economy remaining rosy until late 2024.

If a downturn comes a few years earlier, the Democratic investment slips to $19.4 billion, just 8% percent more than Republicans proposed without using tolls.

“The Democrats, on one hand, claim we need to prepare for the coming recession, yet their very transportation plan ignores that recession,” said Deputy House Minority Leader Vincent J. Candelora, R-North Branford.

“The Democrats, on one hand, claim we need to prepare for the coming recession, yet their very transportation plan ignores that recession.”

“Their solution, their inescapable conclusion, is to toll cars,” he said.

Republicans instead would take $1.5 billion of the current $2.5 billion reserve and use it to pay down pension debt. This, in turn, would lessen required pension contributions, and those savings could be funneled into the transportation program.

On paper, the reserve could regain all those funds by late 2024. But state analysts’ projections are based on relatively short-term trends, and are conditional upon the economy not slipping into recession.

Lamont and other Democrats noted the last recession ended more than a decade ago, and based on history, the next downturn is closer than the next boom. 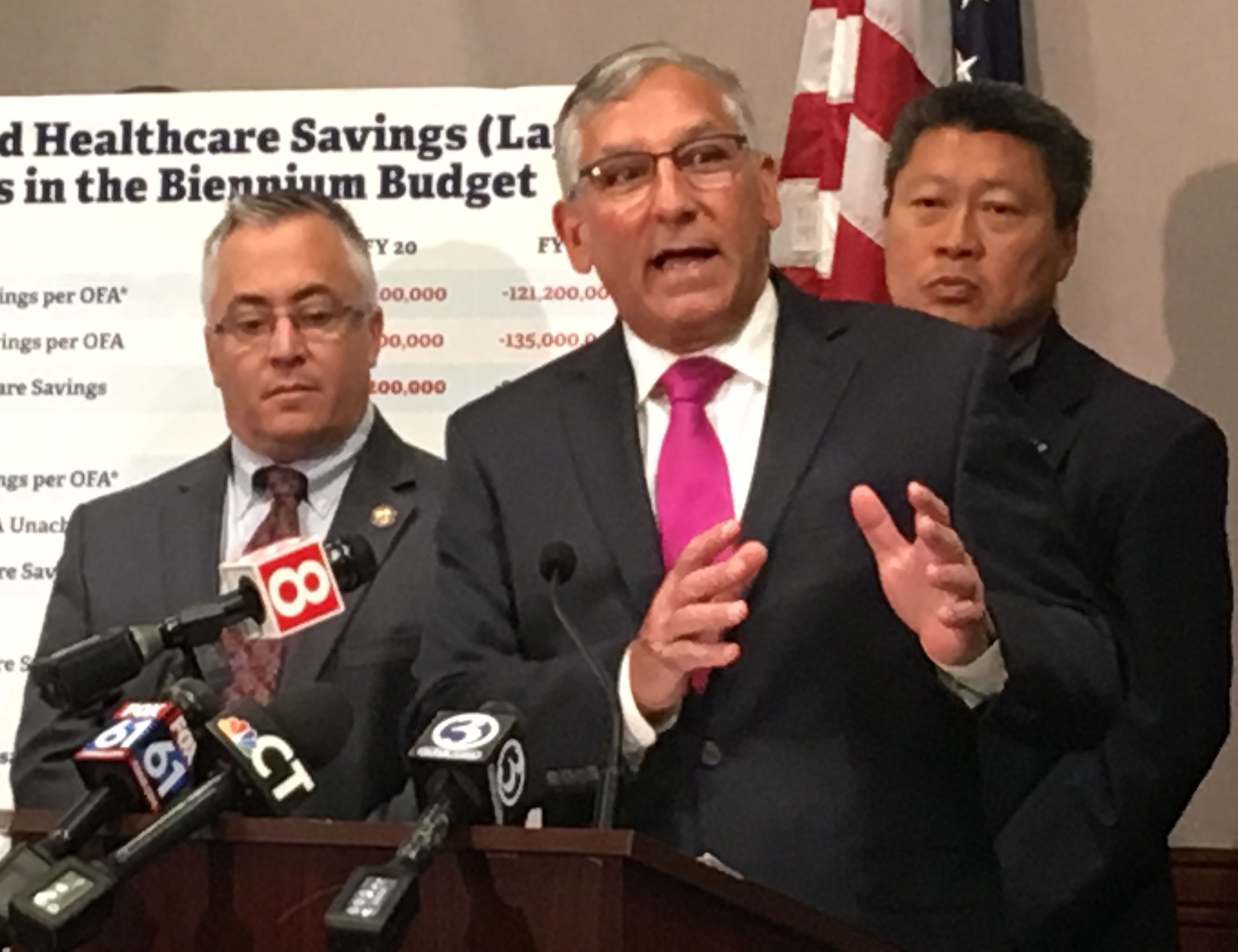 Also, a $1 billion reserve — which represents roughly 5% of annual operating expenses — is relatively modest for Connecticut,

When the last recession ended in 2009, annual tax receipts were $1.6 billion less than they were two years earlier, just before the downturn began.

State comptrollers long have recommended a reserve of at least 15%. Connecticut has 13% now and is projected to hit the limit by mid-2021.

Without enough reserves, Democrats say, Connecticut residents face higher taxes and deep program cuts when the economy slips. And with the GOP plan, that could happen before the reserves could be restored five years from now.

“Why are they picking truck drivers over our middle class?” House Speaker Joe Aresimowicz, D-Berlin, said of the GOP’s opposition to truck tolls during a press conference last week.

“Why are they picking truck drivers over our middle class?”

“The latest Republican proposal puts the state at immense risk by raiding the Rainy Day Fund,” Max Reiss, the governor’s communications director, said Tuesday. “Instead of protecting the state from a potential economic down turn, the Republicans would rather put it at risk.”

“Our economic risk can be managed,” he said.

Democrats counter it would be more like budgetary devastation than risk management.

“I’ve seen it before,” Aresimowicz said. “When that recession comes, and there’s no money in the rainy day account, we will cut education, we will cut nonprofits.”

Lamont, who spoke Tuesday to the Connecticut Conference of Municipalities, said having depleted reserves going into a recession is a recipe for gutted state aid to cities and towns.

“I’ve seen it before. When that recession comes, and there’s no money in the rainy day account, we will cut education, we will cut nonprofits.”

“If you loot the rainy day and you have a recession, that would really be hitting property taxes,” the governor said.

But Democrats aren’t exactly free of risk themselves.

When they first announced some details of the plan they’re developing, they highlighted tapping surplus dollars only after the rainy day fund reaches it legal limit of 15% of operating expenses — about $3 billion — in late 2021.

But what they didn’t say last week was that to maximize their plan, there must be budget surpluses ranging between $321 million and $467 million every year from 2021 through 2024. 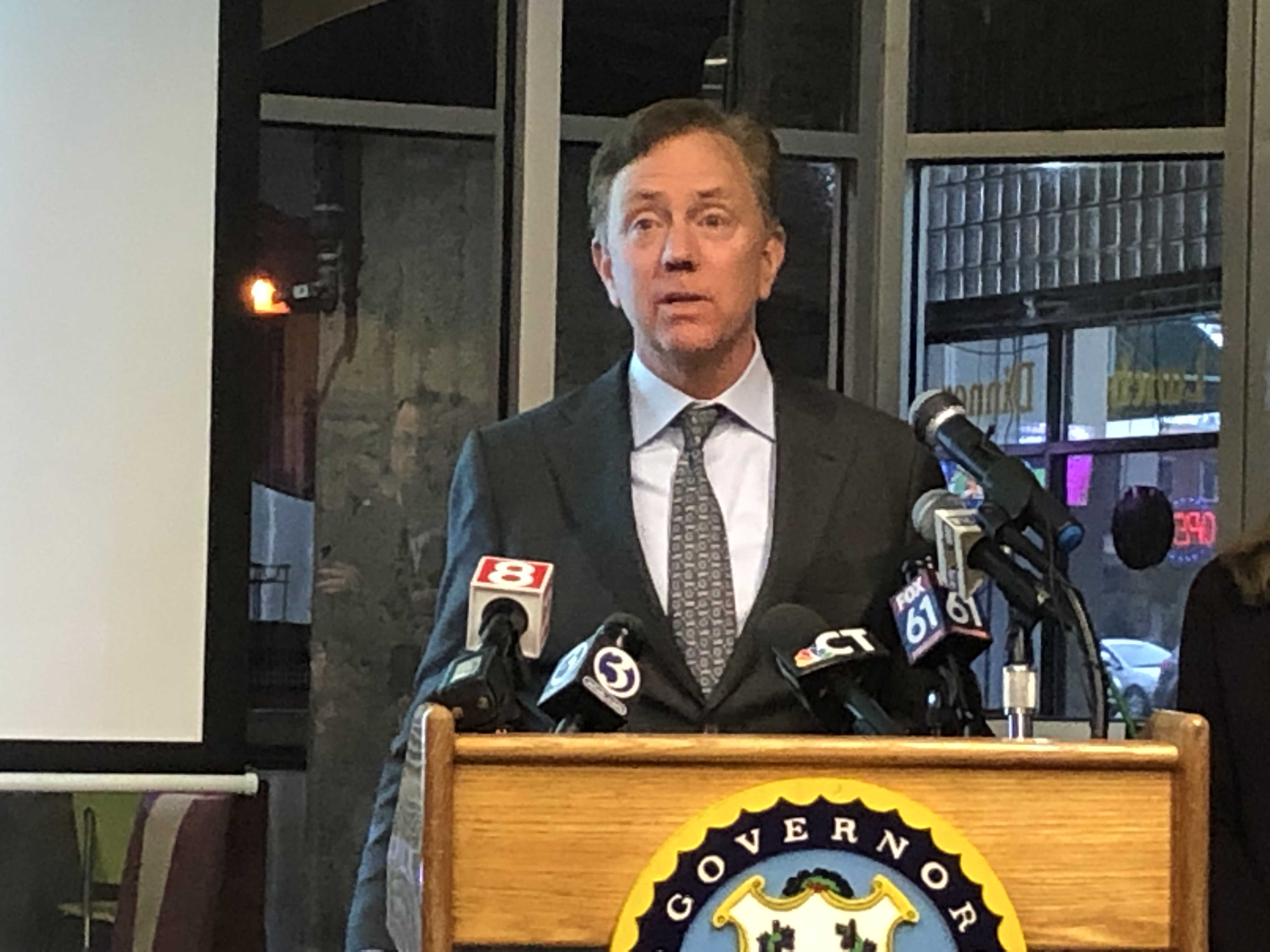 Gov. Ned Lamont announced his CT2030 transportation plan last month at reSET Social Enterprise Trust in Hartford. The plan was not embraced by either Democratic or Republican leaders in the General Assembly.

Still, even if the economy slips, Democrats insist they won’t toll cars.

Aresimowicz and Looney even said they’d consider amending the state Constitution to prohibit future lawmakers from succumbing to the temptation.

Lamont said the transportation rebuild would have to be scaled back if the budget surpluses don’t last. His administration’s projections show $19.4 billion still could be spent over the next decade, even if surpluses aren’t available after 2021.

“We’d have to downsize,” Lamont said. “Nineteen billion is still a lot more than we were spending before.”

“If you loot the rainy day and you have a recession, that would really be hitting property taxes.”

But is the Democratic proposal — once it’s stripped of economic good fortune — that much better than the Republicans’?

And both fall well short of the $21 billion plan Lamont proposed in early November — a plan he called modest, yet still required the tolling of cars and trucks near 14 aging bridges.

“You’re totally detached from reality,” he said. “You’re living in an alternative universe.”

A national poll released in late November by CNBC found two-thirds of Americans surveyed believe the U.S. economy will enter another recession within the next year.

Connecticut’s economy shrank for 10 consecutive years from 2008 through 2017, he said. That weak foundation, along with surging corporate debt and declining interest rates, all are warning signs that a sharp downturn could be less than two years away.

An equally dangerous, but less known, problem is that Connecticut’s income and sales tax receipts — when measured as a share of household income — have steadily shrunk since 2013, Carstensen said.

In other words, even as households earn more, they aren’t confident it will last and aren’t spending their money.