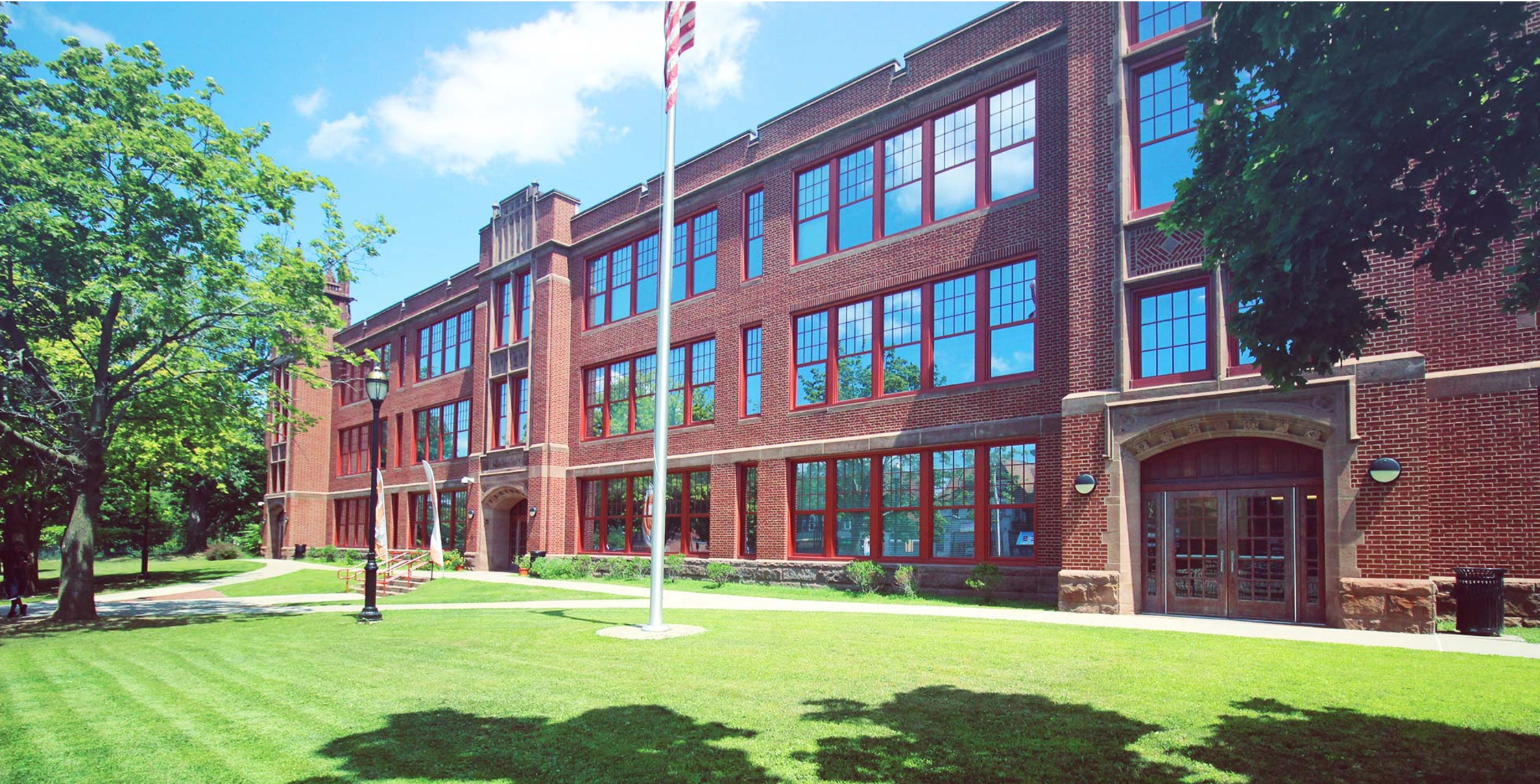 A suit seeking to challenge one of the state’s key levers to promote racial diversity in schools will meet its first legal challenge on Thursday in federal court in Bridgeport: a motion to have it dismissed.

Judge Stefan Underhill is expected to hear arguments from the state, which is seeking to have the case thrown out, and the Pacific Legal Foundation, a conservative legal group that represents the plaintiff in the case, the Connecticut Parents Union.

The state is arguing that the parents union, an advocacy group with a mission to obtain equal educational opportunities for all, lacks legal standing.

The parents union filed the lawsuit last February, alleging that racial quotas or targets — based on those set in the Sheff desegregation case — are violating the rights of black and Hispanic students. The plaintiffs claim the minority students are prevented from attending certain schools when the specified racial balance has not been met.

The suit alleges that under Connecticut law, “students are being turned away from the state’s best schools simply because they have the wrong skin color.”

At issue are 2017 state regulations that require inter-district magnet schools to maintain at least 25% of seats for white and Asian students, thereby capping the enrollment of black and Hispanic students at 75%. The parents union is arguing that this law, intended to promote diversity in magnet schools, means that black and Hispanic students are sometimes turned away because their admission would upset the required racial ratio.

The state argues that the Connecticut Parents Union does not have legal standing because it “fails to allege that either it or any of its members have even applied or intend to apply to a Connecticut inter-district magnet school.”

The suit argues that the plaintiff does have standing and will continue “to suffer specific and redressible injury.” That harm, the suit says, is the energy and resources that the parents union expends to fight the racial quotas.

“When the parents were turned away, they wanted our help with finding options, as opposed to having their child going back to a failing school. We say we have standing because we have exhausted all of our resources.”

“We’re arguing that the organization itself has suffered injury because the law requires the organization to divert resources toward this, fighting this law, which could be better used elsewhere,” Oliver Dunford, an attorney with the Pacific Legal Foundation, said Tuesday.

Gwen Samuel, the president and founder of the Connecticut Parents Union, said she is spending much of her time and resources helping parents who have been turned down by magnet schools and are seeking alternatives for their children.

“When the parents were turned away, they wanted our help with finding options, as opposed to having their child going back to a failing school,” Samuel said. “We say we have standing because we have exhausted all of our resources. It took us off schedule for our normal activities.” 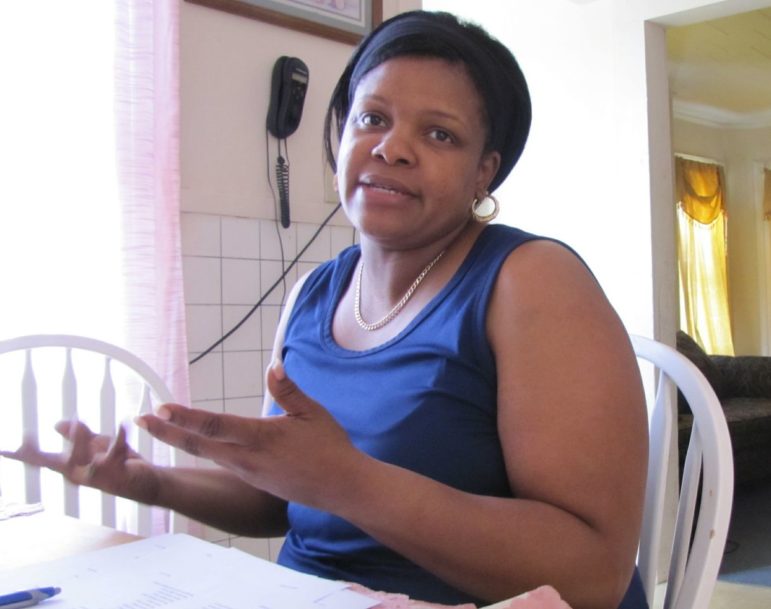 Gwen Samuel, president of the Connecticut Parents Union, said her organization is spending a lot of time trying to help parents whose children have been denied entry to magnet schools.

The suit argues the alleged racial quotas are “overt discrimination” that stand in “direct opposition to the ability” of the parents union “to successfully perform its mission, as it compels [the Connecticut Parents Union] to expend a significant amount of time and resources opposing the unconstitutional cap on black and Hispanic students, at the expense of advancing and promoting other education reforms.”

A spokeswoman for the attorney general’s office said the state’s comments would be limited to their legal filings in which the state argues that the claim does not give the parents union or its president, Samuel, legal standing, even if she has spent time and resources opposing the measure.

“The complaints makes clear that the plaintiff is merely an interest group that has a policy difference with current law in Connecticut,” the state wrote in a memorandum in support of its motion to dismiss. “…The Plaintiff’s policy difference is simply insufficient to give the Plaintiff CTPU legal standing to challenge the laws concerning inter-district magnet schools.”

The Pacific Legal Foundation, which has argued against affirmative action policy in lawsuits across the country, unsuccessfully tried to find a parent of a black or Hispanic child turned away from a magnet school to be a named plaintiff in the case, according to reports in the New Haven Independent.

But Kate Pomeroy, a spokesman for the legal foundation said in an email, “It’s incorrect to say that we could not find a parent who would sign on, in fact, some parents did want to sign on. We made the strategic decision to bring the lawsuit in partnership with CPU.”

She said that decision was made “at least in part because of the negative backlash some of our Hartford parents received for standing up for their rights” after they agreed to be named plaintiffs in a similar suit filed by the group in 2018. That suit was aimed at only the Hartford area schools affected by the Sheff desegregation suit.

“CPU, as a parents organization, is in a better position to handle the publicity and we are proud to have them as a client,” Pomeroy wrote.

The statewide regulations were the result of a law passed in 2017, an outgrowth of the Sheff v. O’Neill school desegregation case in Hartford. A 1996 Supreme Court decision in the Sheff case led to the establishment of 40-plus themed magnet schools designed to reduce racial isolation, and the creation of a lottery that is tailored to enroll no more than 75% black and Hispanic students in a school.

In 2018, the Pacific Legal Foundation filed a suit challenging the so-called quotas in use at Sheff magnet schools, arguing that the targets violate the constitutional rights of black and Latino students who are denied admission when the 25% threshold for white and Asian students is not met. The suit says that when too few white and Asian students enroll, seats sit empty because admitting more local black and Latino children from the waiting list would upset the desired ratio.

The Hartford suit includes eight plaintiffs, including Lashawn Robinson, an African American mother, who contends that her son was not admitted to a magnet school because the school didn’t have enough white or Asian students. That suit, which is known as Robinson v. Wentzell, is now in the legal discovery stage. 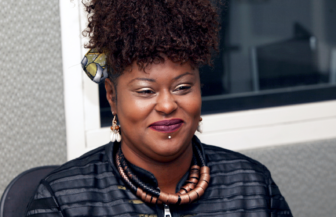 The arguments in the suit involving the Connecticut Parents Union are much the same, but aimed statewide rather than just at the Hartford area.

The suit, which is known as Connecticut Parents Union v. Wentzell, contends that a “statewide racial quota” has already “wrought serious harm” on inter-district magnets schools outside of Hartford and their students, citing in particular the closure of Cortlandt V.R. Creed High School in New Haven in the spring of 2018. The suit says the inter-district magnet school had an enrollment that was 91% black and Latino and was forced to close under the threat of more than $100,000 in penalties for failing to maintain enrollment with at least 25% white and Asian students.

The Connecticut Parents Union is challenging that racial threshold on the grounds that it violates the Equal Protection Clause of the 14th Amendment, which prohibits state-based discrimination on the basis of race unless “such a law can stand up to the strictest constitutional scrutiny.”

But lawyers for the NAACP Legal Defense Fund, the ACLU, and the Center for Children’s Advocacy, counter that if the federal courts bar the state from conducting a lottery that is tailored to enroll no more than 75% black and Hispanic students in a school, the magnet schools would cease to be diverse.

They argue that the state Supreme Court’s order to desegregate schools would then be almost impossible to accomplish.