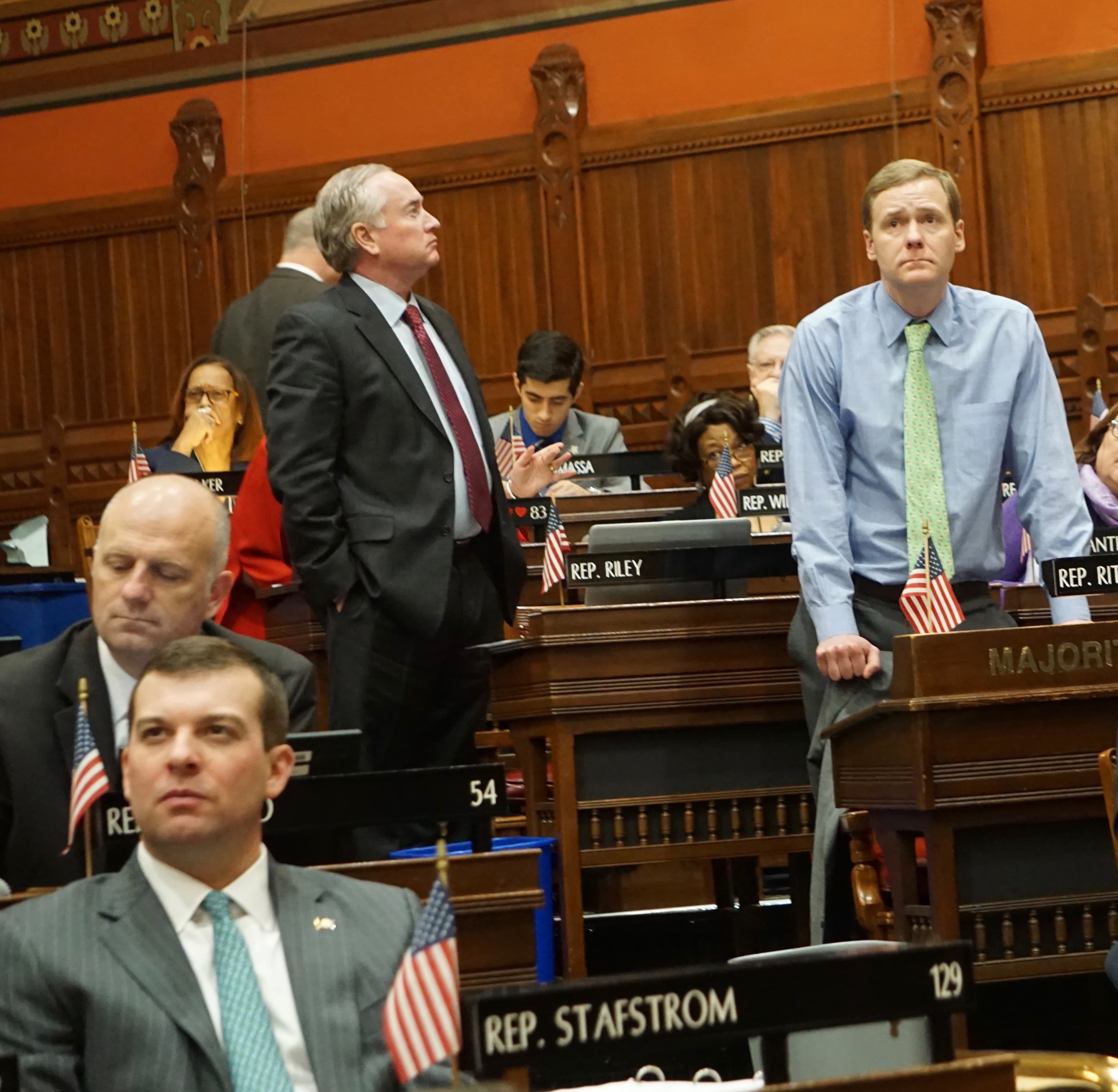 The General Assembly unanimously voted in special session Wednesday to accept the settlement of a high-stakes lawsuit in which the hospital industry claimed billions in damages from a complex taxing scheme that increased federal Medicaid reimbursements for the state without producing new revenue for the hospitals.

The settlement has some of the same complexities as the original tax scheme: Connecticut will pay the hospitals $872 million over seven years in a manner intended to once again increase Medicaid reimbursements, but this time yielding a $1.8 billion payout for 27 acute-care hospitals.

Legislators also passed compromise legislation Wednesday that clarifies how restaurants should pay tipped waiters and bartenders when they are doing non-tipped work, an issue that has generated a rash of wage-theft lawsuits against restaurants and divisions among lawmakers torn between helping small businesses and their workers.

The restaurant bill, which temporarily curtails the right of restaurant workers to file class-action lawsuits against their employers, posed the greater political difficulties for the House and Senate, including late revisions. Passage came on votes of 125-11 in the House and 27-3 in the Senate.

But the hospital settlement was of the greater moment, resolving a potential financial liability of $4 billion without jeopardizing the state’s new, if tenuous, fiscal stability as lawmakers look to re-election campaigns in 2020.

The one-day special session effectively closes out 2019 for Gov. Ned Lamont’s first year in office and sets the stage for a new year expected to open with another special session, this time to resolve the question of how to stabilize financing for overdue improvements to transportation infrastructure.

“Today marks the start of a desperately needed reset between the state and our hospitals, and I am thankful that we were able to come together and negotiate a settlement in good faith that provides stability for both sides while reducing the losses the state would have incurred in the absence of this agreement,” Lamont said.

Nearly every state has some form of a Medicaid provider tax, which are intended to offer some benefits for hospitals, such as financing reimbursement increase. Billed as a win-win for the state and its hospitals, it instead evolved into a one-side source of revenue for the state. The intent was to return the tax money and a share of the added reimbursements to the hospitals. But as state deficits spiked between 2013 and 2017, the tax grew while the payments back to the industry shrank.

The settlement provoked little debate in either chamber. 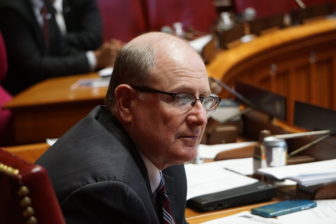 Sen. Kevin Kelly said he resented having to vote for the hospital settlement.

“So for those reasons I do stand in support, but there is a part of me that has a large measure of resentment in the fact that I was here in 2011,” Kelly said. “I was present when Gov. Malloy made the promise to hospitals and then broke that promise that has now resulted in this litigation that has exposed  our taxpayers to a potential $4 billion dollar problem.”

“It is one that does represent a substantial commitment from the state in the settlement, but  also a potential significant savings from what might be the worse case scenario in an eventual outcome of a fully litigated process,” Looney said.

The deal lessens the tax burden on the hospitals while providing annual Medicaid rate increases of 2% for inpatient care and 2.2% for most outpatient services on Jan. 1 in each of the next seven years. The state also will make supplemental payments to the hospitals.

The restaurant legislation is the product of a veto and subsequent negotiations over how to protect restaurant owners against ruinous lawsuits without stripping workers of their right to sue in cases of wage theft. At issue is how the minimum wage law should be applied to tipped restaurant workers when they do non-service work.

Sen. Mae Flexer, D-Windham, spoke sharply against the bill, focusing on its suspect origins. The original measure was tucked into an unrelated bill without debate or other notice in the closing minutes of the 2019 session.

“It was snuck into a bill about higher education and workforce development without a debate…with the expectation that none of us would be the wiser,” Flexer said.

Lamont vetoed the bill after his legal staff flagged it, noting it would have affected existing litigation and effectively strip restaurant workers of a property right.

But how to segregate the tipped from the non-tipped work?

Restaurants say they relied on guidance from the state Department of Labor, following a so-called 80-20 rule that allowed restaurants to pay the lower tipped wage if not more than 20% of a waiter’s time was devoted to non-service work and was incidental.

The DOL guidance appeared to conflict with a regulation from 1950 that says the time a waiter or waitress spends serving customers and earning tips must be segregated from other tasks, such as cleaning and food prep, that don’t generate tips.

The bill passed Wednesday requires the Department of Labor to rewrite the 1950 regulation in consultation with restaurant owners and workers. The bill also limits court awards in cases alleging wages owed under the current dual duties regulation, if the defendant employer had a good faith belief that its wage underpayment was legal.

It also suspends the right to file class-action suits in restaurant wage-theft cases until April.

“I believe this is a workers bill and a business bill,” said House Minority Leader Themis Klarides, R-Derby.

“I don’t think anyone is 100 percent happy,” said Rep. Robyn Porter, D-New Haven, the co-chair of the Labor and Public Employees Committee. She voted for the bill, saying she appreciated that it created three new investigator positions to audit restaurants for wage theft.

Her co-chair, Sen. Julie Kushner, D-Danbury, was one of three no votes in the Senate. Flexer and Sen. Gary Winfield, D-New Haven, were the others.

The AFL-CIO praised its passage.

“Although the compromise language keeps tipped workers from being able to join together in class action for a period of time, it allows the current class actions to proceed,” said Sal Luciano, president of the labor federation. “We are also happy that the legislature had the wisdom to provide funding for three wage and hour investigators at the DOL, which should hopefully stem the need for many lawsuits in the future.”

Lamont said the bill balanced the interests of the workers and employers.

“Importantly, it should be noted that the legislation enacted today avoids the constitutional pitfalls of the prior proposal, which I vetoed,” he said. “It may have taken us a little bit to get to this moment, but in the end we were able to find a compromise to reform a complex area of law governing restaurant workers and do so with a fair result. I thank stakeholders on all sides of the issue, as well as the bipartisan group of legislative leaders who worked with my administration to come to a solution that I could sign it into law.”