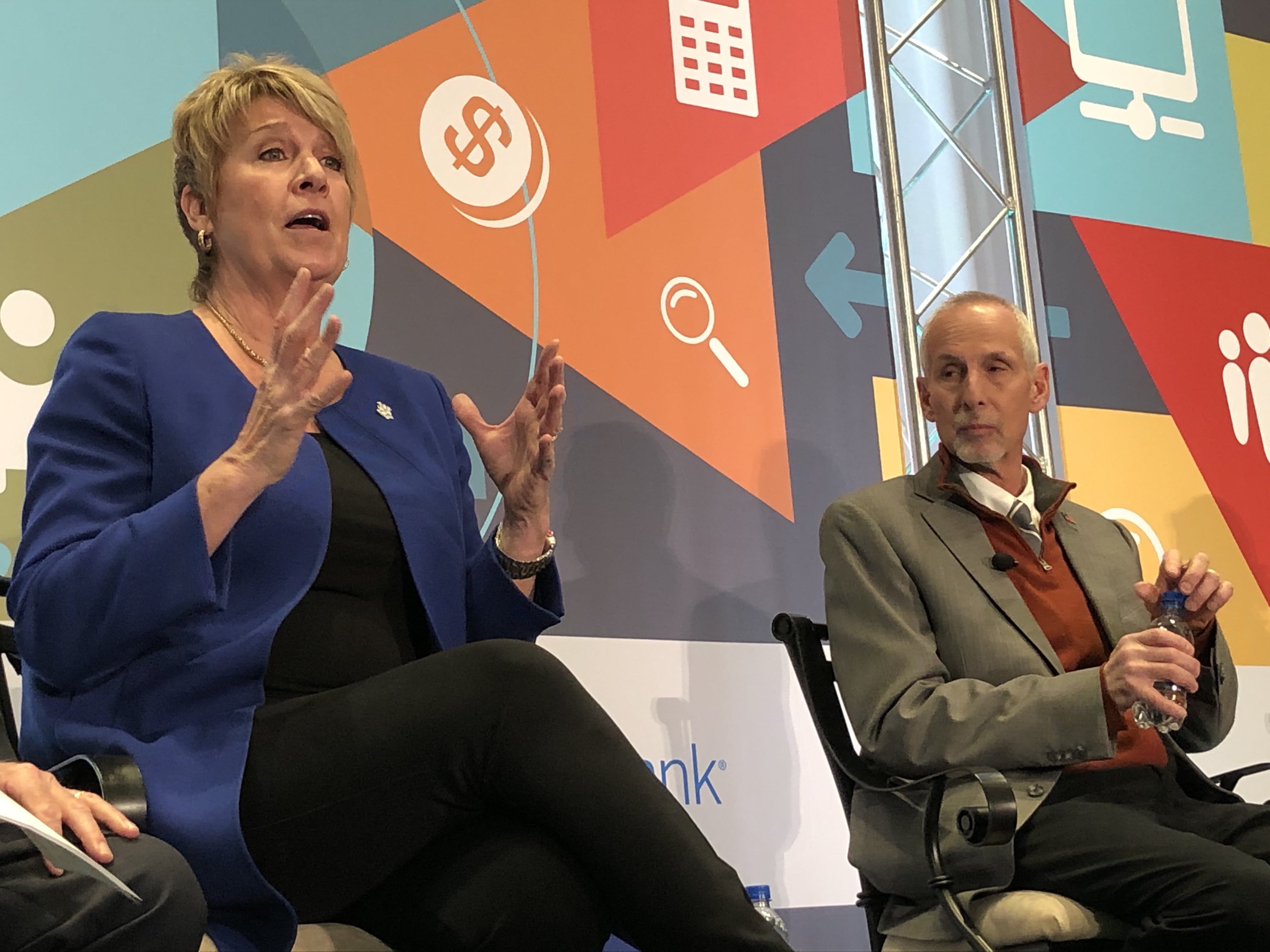 Small business leaders in the General Assembly agreed Monday that Connecticut must capitalize on an impending surge in state employee retirements to shrink its workforce.

But Democrats and Republicans who participated in the 2020 Economic Summit and Outlook in Hartford reached far less consensus about whether Connecticut is becoming more friendly or hostile to businesses.

“None of us would be here without good employees,” said Sen. Paul Formica, R-East Lyme, who owns the Flanders Fish Market and Restaurant in East Lyme. “But there has to be a balance.”

Just as every business must manage its labor costs, so must state government, Formica said, adding that Connecticut — particularly when it comes to pension and other retirement expenses — has failed to do this.

“We are a victim of our past in a lot of ways,” Sen. Norm Needleman, D-Essex, told the crowd of nearly 500 gathered at the Hartford Marriott for the annual event, adding that surging pension costs, stemming from decades of inadequate state savings, will be a budgetary challenge for many years to come.

Pensions, retirement healthcare, and payments on bonded debt collectively represent nearly 30% of the Connecticut budget’s General Fund, about three times the ratio in most other states.

Once Medicaid expenses — which are not entirely fixed but cannot be reduced significantly in quick fashion — are considered, the share of the General Fund that is consumed by these costs exceeds 50%. 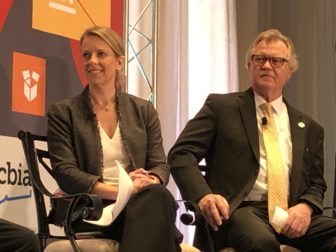 But Needleman also praised Gov. Ned Lamont’s administration for already stepping up efforts to expand the use of technology in state agencies. And, as retirements occur, that technology should be used both to streamline the workforce and make government more efficient, he said.

The state Office of Policy and Management warned in 2018 that the average age of state government’s 44,000-plus workforce was 48 years, and that between 30 and 40 percent of the employees were likely to retire by 2022 or 2023.

In some agencies, the anticipated reductions are huge.

For example, state police administrators estimate as many as 400 out of roughly 970 troopers could be eligible to retire by 2023, according to a memo sent to Lamont. Similarly, the Department of Public Health warned that as many as 40% of its 680 workers could be stepping down in a couple years.

But while legislators from both parties agreed Monday that Connecticut must do more to control its labor costs, they differed on the burdens government is placing on private businesses.

Devlin and her fellow Republicans fought but could not block Democratic initiatives to raise the state’s minimum wage and to establish a new payroll tax to finance a paid family and medical leave program.

And Sen. Christine Cohen, D-Guilford, who runs Cohen Bagel Company in Madison, said Democrats with small business expertise like herself and Needleman played a key role in striking a balance between labor and management needs.

Although legislators and Lamont ultimately agreed to boost the minimum wage from $10.10 to $15 per hour in five increments through June 2023, many lawmakers wanted a much faster schedule, she said.

“We really needed to pump the brakes on this and not have that fast progression,” Cohen said, adding the five-stage process was adopted to help small businesses adjust gradually to the higher wages.

Needleman added that he rejects the typical GOP assessment of Connecticut’s business climate as negative, adding there are other challenges besides those faced by small businesses.

“Left to their own devices, businesses may not take people into account enough,” he said, adding that those most often forgotten are on the lowest economic rung.

“We see this enormous disparity happening nationally” as well as in Connecticut, Needleman added, referring to huge gaps in income and wealth inequality not seen since the stock market crash of 1929. 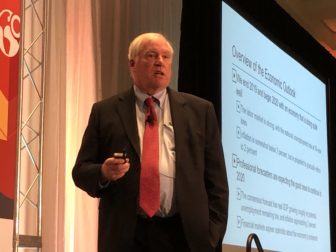 Federal Reserve Bank of Boston President Eric Rosengren said the national economy is expected to grow for another year.

The president of the Federal Reserve Bank of Boston, Eric Rosengren, was not part of this legislative panel discussion Monday. But during his own presentation, he also acknowledged that Connecticut business owners “tend to be more negative than the economic data” bears out.

Rosengren said the nation’s recovery from the last recession, which is now a decade old, is projected to continue for at least another year.

“The economy’s doing quite well,” he said. “Private forecasters have a very optimistic outlook. This is what a soft landing actually looks like.”

With national unemployment hovering near a 50-year low around 3.5%, inflation could pick up to close to 2%, Rosengren said.

In Connecticut, where the jobless rate is slightly higher, he said the economy also appears poised to remain positive for another year.

But Rosengren also noted that Connecticut’s cities struggle with jobless rates well above the state and national average. And with concerns that the state is losing population, Connecticut needs to focus more on workforce development to get its unemployed — particularly in cities — back to work.

Monday’s forum was hosted by the Connecticut Business and Industry Association, Webster Bank and the MetroHartford Alliance.