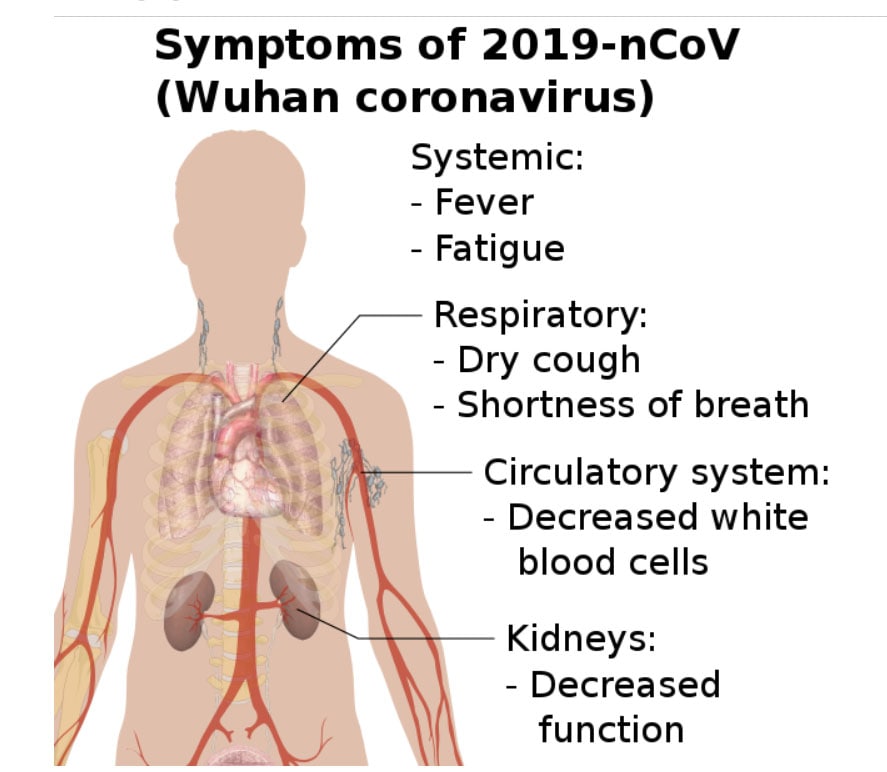 week of a seventh case in the United States of a new viral infection emerging from China — in addition to the first confirmed case of the virus passing from person to person in this country — is fueling public concerns about how easily the deadly virus can spread.

It is also raising pointed questions about why authorities aren’t disclosing more information about the risk of exposure.

The person-to-person case announced Thursday involves a man in his 60s with underlying health issues who is married to a Chicago-area woman who contracted the virus while traveling in Wuhan, China, and was diagnosed upon her return. During a news briefing, state and federal health officials said they believe the threat from the virus remains low within the United States and remained cautious about sharing details about patients and their movements.

Unlike the more detailed accounting of patients’ movements released during measles outbreaks, public health departments are not sharing precise timelines of people’s activities and locations in the days before they were diagnosed with the new coronavirus. The Centers for Disease Control and Prevention has said that while there’s a risk for everyone who comes in contact with a person with the virus, it appears minimal for those with only casual contact, such as being in the same grocery store or movie theater.

On Thursday, health officials declined to name the hospital where the infected couple are being treated, saying the patients are isolated and the risk to others in the hospital remains low. Health care workers who are caring for them and at a higher risk of contracting the virus are being monitored. Jennifer Layden, an epidemiologist with the state of Illinois, told reporters that the wife is doing well and the husband’s condition is stable.

In Orange County, California, where a traveler from Wuhan was confirmed on Jan. 25 to have the virus, Health Care Agency officials said they have received questions from concerned community members about why the agency has not released a precise timeline with the patient’s whereabouts. Jessica Good, spokesperson for the agency, said given what public health officials understand at this point about how the virus spreads, no additional precautions are recommended for the public.

“Our residents should go about their daily lives with no changes to planned activities.”

“Our residents should go about their daily lives with no changes to planned activities,” Good said.

Dr. Robert Kim-Farley, an epidemiology professor with the Fielding School of Public Health at UCLA, is among the experts endorsing calm. The new coronavirus appears to be spreading through respiratory droplets, expelled by a sneeze or cough, that do not remain airborne for long and would require close contact for transmission, Kim-Farley said. Given that, he said, publishing a list of locations infected patients had visited would unnecessarily stigmatize businesses and public places.

“There’s no reason to stigmatize a place if there’s no public health action to be taken,” he said.

But he also noted that public health officials could quickly shift strategies pending key developments; for example, if they find the viral particles can remain airborne for long periods, similar to the highly contagious measles virus.

Not everyone agrees with the cautious approach. Michael Osterholm, director of the Center for Infectious Disease Research and Policy at the University of Minnesota, said that if public health officials have found that patients were in public spaces, they should make that information public. “There is every reason to inform people if they were exposed.”

Most of the people confirmed to have caught the coronavirus outside of China are believed to have had prolonged contact with people who picked it up in China, like the man in Illinois. But the medical community’s understanding of the virus is still evolving, and the CDC emphasized its recommendations may change.

The Chinese National Health Commission minister has reported that the virus appears capable of being transmitted by an infected person without symptoms. On Thursday, German researchers documented such a case involving German workers who contracted the virus while attending a workshop with a female colleague who had recently been in China, according to news reports.

On Friday, citing the new research and expanded outbreak in China, the CDC took the rare step of ordering a two-week quarantine for 195 Americans flown back to the U.S. from Wuhan by the State Department. The federal government later expanded that quarantine to all Americans who have been in Hubei Province, where Wuhan is located, during the last 14 days. Additionally, all foreign nationals who have traveled in China in the past 14 days will temporarily be prevented from entering the U.S., with the exception of immediate family members of U.S. citizens and permanent residents. Those measures take effect on Sunday at 5 p.m. ET.

While the CDC has cautioned against panic in the U.S., it has expressed concern about the situation in China, where more than 9,700 people have tested positive for the disease and more than 200 have died. The majority of people infected are experiencing mild cases of illness that resemble the flu or a bad cold. But more serious cases can result in pneumonia and respiratory failure.

Despite unprecedented travel restrictions in China, which have prevented the movement of tens of millions of people, the virus has spread to every major city, and the number of cases is sure to grow substantially.

The risk that large outbreaks could spring up in other countries, including the U.S., is also real. The World Health Organization declared the virus a global health emergency on Thursday, precisely because of that risk, WHO Director-General Tedros Adhanom Ghebreyesus said during a news conference. There likely will be more cases confirmed in the U.S., and it is likely that people in close contact with those patients could contract the disease, said Dr. Nancy Messonnier, director of the National Center for Immunization and Respiratory Diseases at the CDC.

Still, the risk to the American public remains low, officials stressed. That’s partly because public health departments around the country are on high alert and preparing for additional cases.

Information gets spread so widely these days, and it could seriously hurt people’s lives.

“We have a really good public health system that’s really good at detecting disease,” said Anne Rimoin, an epidemiologist and director of UCLA’s Center for Global and Immigrant Health. “We’ve been preparing for this kind of a thing.”

The CDC is reminding the public to take the usual precautions during flu season: Wash hands regularly; cover your mouth when you cough; avoid touching your eyes, nose and mouth with unwashed hands; and avoid contact with people who are sick.

Local health departments also are monitoring close contacts of people who have tested positive for the virus, and sometimes running diagnostic tests even when they have no symptoms.

Despite these assurances, rumors are circulating broadly via text and social media, particularly in Chinese immigrant communities, about people who recently traveled to China and might be infected.

Los Angeles resident Rachel Lee Morales, who was born in China, is anxious because her young daughter is in China with her grandparents to celebrate the new year. Morales is closely following news on the epidemic and has seen messages on social media making unverified claims about people who have recently traveled to Wuhan, including sharing their address and where their children attend school.

“Information gets spread so widely these days, and it could seriously hurt people’s lives,” Morales said. “I don’t want anyone to get into trouble because of this.”

This KHN story first published Jan. 31, 2020, on California Healthline, a service of the California Health Care Foundation  and Kaiser Health News (KHN) is a national health policy news service. It is an editorially independent program of the Henry J. Kaiser Family Foundation which is not affiliated with Kaiser Permanente.