As the coronavirus spreads, Americans lose ground against other health threats 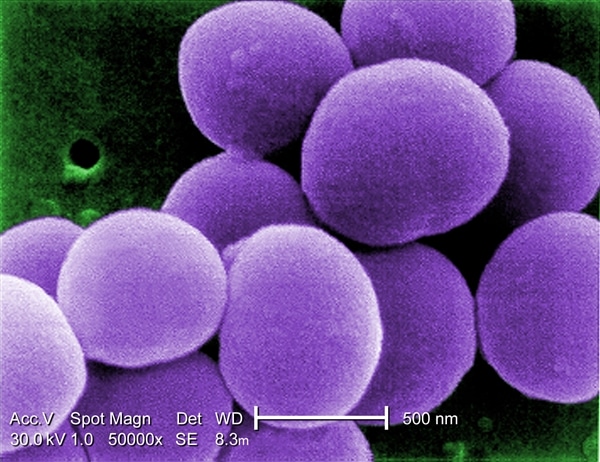 This strain of antibiotic-resistant Staphylococcus aureus bacteria is magnified 50,000 times.

For much of the 20th century, medical progress seemed limitless.

Yet today, some of the greatest success stories in public health are unraveling.

Even as the world struggles to control a mysterious new virus known as COVID-19, U.S. health officials are refighting battles they thought they had won, such as halting measles outbreaks, reducing deaths from heart disease and protecting young people from tobacco. These hard-fought victories are at risk as parents avoid vaccinating children, obesity rates climb, and vaping spreads like wildfire among teens.

Things looked promising for American health in 2014, when life expectancy hit 78.9 years. Then, life expectancy declined for three straight years — the longest sustained drop since the Spanish flu of 1918, which killed about 675,000 Americans and 50 million people worldwide, said Dr. Steven Woolf, a professor of family medicine and population health at Virginia Commonwealth University.

Although life expectancy inched up slightly in 2018, it hasn’t yet regained the lost ground, according to the Centers for Disease Control and Prevention.

While the reasons for the backsliding are complex, many public health problems could have been avoided, experts say, through stronger action by federal regulators and more attention to prevention.

The country has split into two states of health, often living side by side, but with vastly different life expectancies. Americans in the fittest neighborhoods are living longer and better — hoping to live to 100 and beyond — while residents of the sickest communities are dying from preventable causes decades earlier, which pulls down life expectancy overall.

Superbugs — resistant to even the strongest antibiotics — threaten to turn back the clock on the treatment of infectious diseases. Resistance occurs when bacteria and fungi evolve in ways that let them survive and flourish, in spite of treatment with the best available drugs. Each year, resistant organisms cause more than 2.8 million infections and kill more than 35,000 people in the U.S.

With deadly new types of bacteria and fungi ever emerging, Dr. Robert Redfield, the CDC director, said the world has entered a “post-antibiotic era.” Half of all new gonorrhea infections, for example, are resistant to at least one type of antibiotic, and the CDC warns that “little now stands between us and untreatable gonorrhea.”

That news comes as the CDC also reports a record number of combined cases of gonorrhea, syphilis and chlamydia, which were once so easily treated that they seemed like minor threats compared with HIV.

A government poster from 1952 warning about the dangers of gonorrhea and syphilis.

The United States has seen a resurgence of congenital syphilis, a scourge of the 19th century, which increases the risk of miscarriage, permanent disabilities and infant death. Although women and babies can be protected with early prenatal care, 1,306 newborns were born with congenital syphilis in 2018 and 94 of them died, according to the CDC.

Those numbers illustrate the “failure of American public health,” said Dr. Cornelius “Neil” Clancy, a spokesperson for the Infectious Diseases Society of America. “It should be a global embarrassment.”

The proliferation of resistant microbes has been fueled by overuse, by doctors who write unnecessary prescriptions as well as farmers who give the drugs to livestock, said Dr. William Schaffner, a professor of preventive medicine at Vanderbilt University Medical Center in Nashville, Tennessee.

Although new medications are urgently needed, drug companies are reluctant to develop antibiotics because of the financial risk, said Clancy, noting that two developers of antibiotics recently went out of business. The federal government needs to do more to make sure patients have access to effective treatments, he said. “The antibiotic market is on life support,” Clancy said. “That shows the real perversion in how the health care system is set up.”

A closer look at the data shows that American health was beginning to suffer 30 years ago. Increases in life expectancy slowed as manufacturing jobs moved overseas and factory towns deteriorated, Woolf said.

By the 1990s, life expectancy in the United States was falling behind that of other developed countries.

The obesity epidemic, which began in the 1980s, is taking a toll on Americans in midlife, leading to diabetes and other chronic illnesses that deprive them of decades of life. Although novel drugs for cancer and other serious diseases give some patients additional months or even years, Khan said, “the gains we’re making at the tail end of life cannot make up for what’s happening in midlife.”

“It’s not that we don’t have good blood pressure drugs,” Khan said. “But those drugs don’t do any good if people don’t have access to them.”

While the United States never declared victory over alcohol or drug addiction, the country has made enormous progress against tobacco. Just a few years ago, anti-smoking activists were optimistic enough to talk about the “tobacco endgame.”

Today, vaping has largely replaced smoking among teens, said Matthew Myers, president of the Campaign for Tobacco-Free Kids. Although cigarette use among high school students fell from 36% in 1997 to 5.8% today, studies show 31% of seniors used electronic cigarettes in the previous month.

FDA officials say they’ve taken “vigorous enforcement actions aimed at ensuring e-cigarettes and other tobacco products aren’t being marketed or sold to kids.” But Myers said FDA officials were slow to recognize the threat to children. 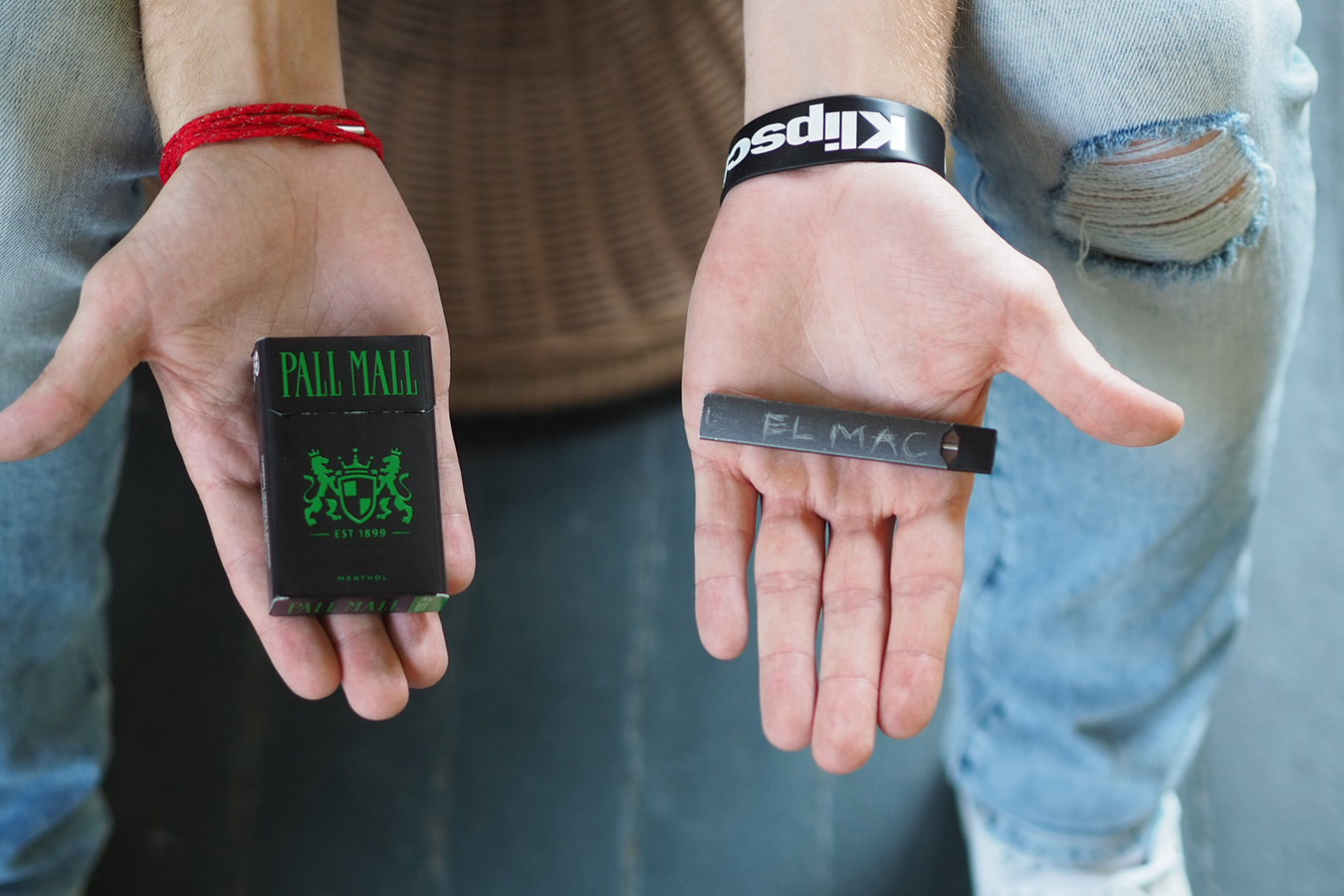 Connecticut’s public health department has asked lawmakers to take up a prohibition on flavored vaping products in February.

With more than 5 million teens using e-cigarettes, Myers said, “more kids are addicted to nicotine today than at any time in the past 20 years. If that trend isn’t reversed rapidly and dynamically, it threatens to undermine 40 years of progress.”

Where children live has long determined their risk of infectious disease. Around the world, children in the poorest countries often lack access to lifesaving vaccines.

Yet in the United States — where a federal program provides free vaccines — some of the lowest vaccination rates are in affluent communities, where some parents disregard the medical evidence that vaccinating kids is safe.

Studies show that vaccination rates are drastically lower in some private schools and “holistic kindergartens” than in public schools.

It could be argued that vaccines have been a victim of their own success.

Before the development of a vaccine in the 1960s, measles infected an estimated 4 million Americans a year, hospitalizing 48,000, causing brain inflammation in about 1,000 and killing 500, according to the CDC.

By 2000, measles cases had fallen to 86, and the United States declared that year that it had eliminated the routine spread of measles.

“Now, mothers say, ‘I don’t see any measles. Why do we have to keep vaccinating?’” Schaffner said. “When you don’t fear the disease, it becomes very hard to value the vaccine.”

Last year, a measles outbreak in New York communities with low vaccination rates spread to almost 1,300 people — the most in 25 years — and nearly cost the country its measles elimination status. “Measles is still out there,” Schaffner said. “It is our obligation to understand how fragile our victory is.”

To be sure, some aspects of American health are getting better.

Cancer death rates have fallen 27% in the past 25 years, according to the American Cancer Society. The teen birth rate is at an all-time low; teen pregnancy rates have dropped by half since 1991, according to the Department of Health and Human Services. And HIV, which was once a death sentence, can now be controlled with a single daily pill. With treatment, people with HIV can live into old age.

“It’s important to highlight the enormous successes,” Redfield said. “We’re on the verge of ending the HIV epidemic in the U.S. in the next 10 years.”

Yet the health gap has grown wider in recent years. Life expectancy in some regions of the country grew by four years from 2001 to 2014, while it shrank by two years in others, according to a 2016 study in JAMA.

“We’re not going to erase that difference by telling people to eat right and exercise,” said Dr. Richard Besser, CEO of the Robert Wood Johnson Foundation and former acting director of the CDC. “Personal choices are part of it. But the choices people make depend on the choices they’re given. For far too many people, their choices are extremely limited.”

The infant mortality rate of black babies is twice as high as that of white newborns, according to the Department of Health and Human Services. Babies born to well-educated, middle-class black mothers are more likely to die before their 1st birthday than babies born to poor white mothers with less than a high school education, according to a report from the Brookings Institution.

In trying to improve American health, policymakers in recent years have focused largely on expanding access to medical care and encouraging healthy lifestyles. Today, many advocate taking a broader approach, calling for systemic change to lift families out of the poverty that erodes mental and physical health.

“So many of the changes in life expectancy are related to changes in opportunity,” Besser said. “Economic opportunity and health go hand in hand.”

Several policies have been shown to improve health.

Children who receive early childhood education, for example, have lower rates of obesity, child abuse and neglect, youth violence and emergency department visits, according to the CDC.

And earned income tax credits — which provide refunds to lower-income people — have been credited with keeping more families and children above the poverty line than any other federal, state or local program, according to the CDC. Among families who receive these tax credits, mothers have better mental health and babies have lower rates of infant mortality and weigh more at birth, a sign of health.

Improving a person’s environment has the potential to help them far more than writing a prescription, said John Auerbach, president and CEO of the nonprofit Trust for America’s Health.

“If we think we can treat our way out of this, we will never solve the problem,” Auerbach said. “We need to look upstream at the underlying causes of poor health.”

Despite a “business as usual” approach, COVID-19 is shrinking CT’s incarcerated population

The federal declaration unlocks crucial federal funding to fight the COVID-19 pandemic as it continues its spread across the state.