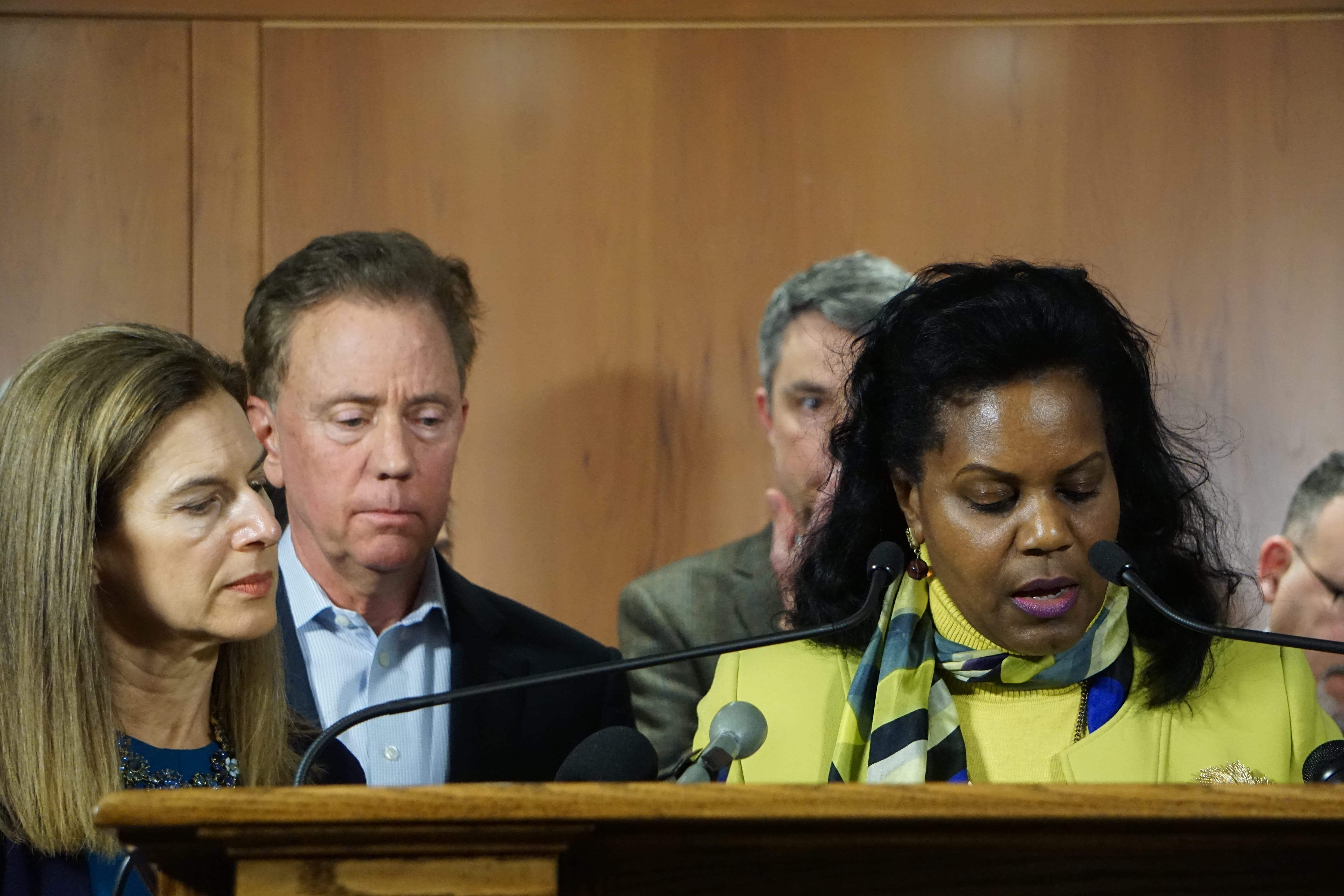 The declaration comes as the Lamont administration tries to stay ahead of a spreading virus that has taken hold in nearby New Rochelle, N.Y., where Gov. Andrew Cuomo dramatically ordered a one-mile “containment zone.” In Connecticut, one student’s potential exposure prompted the temporary closure of regional schools serving Bethlehem and Woodbury, beginning Wednesday.

“We don’t do this lightly,” Lamont said during a televised press conference at the Emergency Operations Center at the State Armory in Hartford, where he was flanked by administration officials, Attorney General William Tong and legislative leaders of both parties. “We’ve got to be prepared for what could be happening.”

The state has two residents diagnosed with the virus, plus two New Yorkers who work in hospitals in Bridgeport, Danbury and Norwalk. One of the state residents to test positive, a Bridgeport Hospital health care worker who lives in Bethlehem and recently returned from Nevada, has had contact with one of the 1,656 students enrolled in Region 14 Schools.

“We don’t do this lightly. We’ve got to be prepared for what could be happening.”

The precautionary school closing in Region 14 was the decision of local officials and not ordered by the governor under emergency powers. Region 14 Schools will reopen on Monday after cleaning crews disinfect its five facilities, according to Joseph A. Olzacki, the superintendent. No one in the student’s family is showing signs of illness, and they are voluntarily self-monitoring at their home for 14 days.

Connecticut has two emergency powers laws, one that narrowly pertains to public health and a much broader civil preparedness statute, which anticipates everything from natural disasters to war and has at least one relevant line: “The Governor shall take appropriate measures for protecting the health and safety of inmates of state institutions and children in schools.”

Lamont said the declaration will allow state and local officials to quickly respond as needed. Its most immediate impact will be to enhance Connecticut’s ability to obtain additional testing kits from the federal government and combat profiteering on hand sanitizers, masks and other medical supplies that are in short supply, Lamont and Tong said.

Other governors have waited for more cases before declaring emergencies, and he has spoken to some of them, including Jay Inslee, the governor of hard-hit Washington. 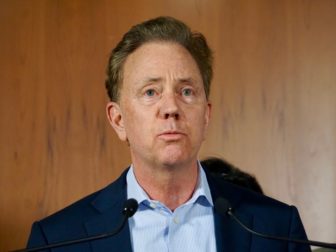 Gov. Ned Lamont: “I’m not worried about us overreacting.”

The governor decided to declare the emergency after consulting with state agency heads and municipal officials about their ability to protect public health and mitigate the social and economic dislocation related to an international pandemic that has roiled markets, interrupted supply chains and prompted the cancellation of parades, school trips and large gatherings.

Lamont is not ordering cancellations, but they are his “strong recommendation.”

“We’ve been thrilled by the response that we’ve seen from our municpal partners — very bold, swift action on events in their towns and their schools,” said Josh Geballe, the governor’s chief operating officer.

The Connecticut Interscholastic Athletic Conference cancelled all remaining games in its winter championship tournaments, citing a desire to abide by the governor’s previous advice to avoid large public events and uncertainty about the spread of the virus.

Glenn Lungarini, the organization’s executive director, said the conference opted for cancellations instead of going forward with limited attendance after consulting with education officials and learning some venues were now unwilling to host the contests.

“This has just begun here and so we don’t know exactly how far this will spread,” he said. “But when we consider the best action we can take to address the needs of our schools, we feel we should give them the opportunity at this point to focus on the educational needs of our students.”

The emergency declaration allows the state to waive certain laws and regulations, including the minimum 180-day school year. Miguel Cardona, the state education commissioner, said school systems have inquired if waivers are likely, should schools be closed for a protracted period. None have been granted.

Lamont’s action is likely to give some direction to colleges that have been looking for guidance as some schools in New England, including Harvard and Amherst, are sending students home. It also is expected to help local school systems recover costs related to canceled school trips.

State officials warned the number of positive cases are expected to increase dramatically in coming days, as the state increases its testing capacity. Only two state employees are qualified to do the tests, but seven others are being trained, said Renée D. Coleman-Mitchell, the commissioner of public health.

Geballe said 10 major hospitals have agreed to get FDA certification to test for the virus, and two private diagnostic labs are doing the tests, though none are yet accepting samples from Connecticut. Several hospitals have agreed to begin collecting nose and throat swabs for testing in trailers or tents outside their emergency departments, a safety measure, Geballe said.

No patient should seek testing at a hospital without the direction of their physician, he said.

The virus inevitably will spread, but the state’s efforts should slow the spread and protect hospitals from being overwhelmed, allowing appropriate care to those with conditions that complicate the respiratory illness, Geballe said. For 80% to 85% percent of infected patients, COVID-19 will require no medical intervention, much like the flu.

“They’ll self-recover at home. They’ll never need to go near a hospital. But for those people who do get very sick, we need to make sure we that we smooth out that spread, so that our hospital professionals have the capacity” to treat them, Geballe said.

Connecticut had completed tests on 56 patients, with two positive and 54 negative results, as of Tuesday evening. Results are pending on 19 others. Coleman-Smith said she expects the state’s testing capacity, now limited to about 20 a day, will jump to 60 next week.

The first Connecticut resident to test positive is a Wilton man in his 40s who was diagnosed Sunday and is being treated at Danbury Hospital; he is on a ventilator after developing pneumonia, according to a story on GOODMorningWilton, a local news site. The story, which was based on social media posts from the man’s wife, said he has sleep apnea, an underlying medical condition that makes him susceptible to pneumonia.

The man’s wife and infant twins are quarantined at home and have no symptoms, the story said. State officials said patients and their families are free to discuss their conditions, but the state is withholding names and details to comply with medical privacy laws.

The second Connecticut resident to test positive for coronavirus is the Bethlehem women who works at Bridgeport Hospital and is in her 60s, state officials said Tuesday.  The woman recently returned from a trip to Nevada, where she believes she contracted COVID-19. She is being treated at Bridgeport Hospital.

Contact tracing by public health workers discovered the potential exposure of a child in the school system, as well as a child or employee of day care center, Geballe said. The center also is closing temporarily for cleaning.

State officials said the emergency declaration will strengthen the ability of local public health officials, as well as the state commissioner.

“These are people with, frankly, boots on the ground,” Tong said. “They understand their communities better than anybody. They have real-time information that they are sharing with the governor and with the commissioner.”