Indoor closings at Connecticut parks due to COVID-19 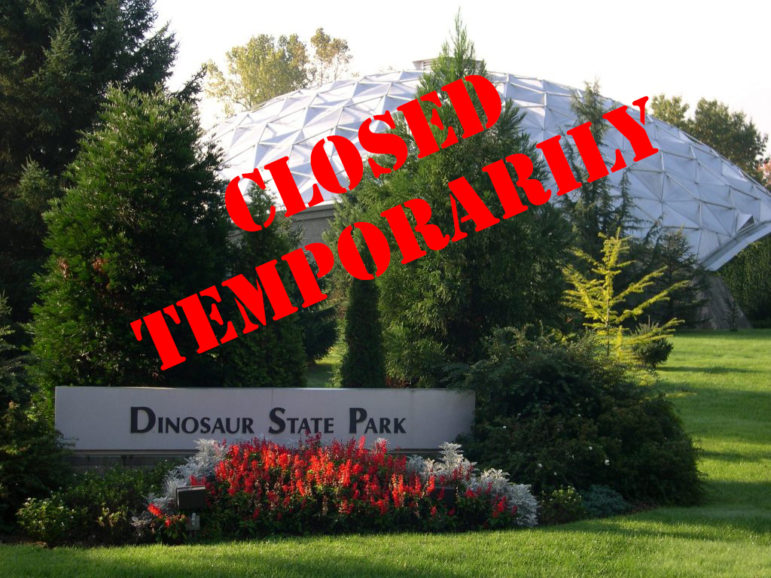 Dinosaur State Park is one of 15 parks and offices temporarily closed to the public by the DEEP because of the coronavirus emergency.

The Department of Energy and Environmental Protection is announcing an initial list of closings due to the COVID-19 pandemic. Nine indoor facilities at the department’s 110 state parks and 32 state forests will close to the public, as will six district headquarters.

Outdoor trails and other facilities at these locations will stay open to the public.

Also closing to the public, but not to staff, are:

How to handle DEEP’s public facilities has been the subject of discussion by department leaders for the last few weeks who are also planning to cancel certain previously scheduled events at least through April. Most of those are being held by outside groups.

A spokesman said the department has been fielding phone calls from private groups and individuals who rent some of DEEP’s venues for events such as weddings and family reunions. They will be evaluated on a case by case basis.

“I know it must have been a hard decision to close any public facilities, but under these conditions you have to take those measures,” said Eric Hammerling, executive director of the Connecticut Forest and Park Association. He noted that people can still use trails and walk through forests. “It’s important to do when feeling anxious and depressed.”

The rapidly evolving COVID-19 situation also begs the question of how DEEP may have to handle access to its many seasonal facilities later this spring and during the summer.

Questions being considered are whether major beach facilities, such as Hammonasset in Madison would close indoor portions in addition to Meigs Point Nature Center such as the bathhouse. It also raises questions about how to handle additional visitor centers, concessions and other amenities including campgrounds throughout the park and forest system, as well as staffing.

DEEP typically hires 400 to 500 seasonal workers each summer, a process already underway and which a spokesperson said would continue. In the face of summer travelers staying closer to home this year, state parks and forests could see a surge in visitors.

In the past two years, the first two of the Passport to Parks program, about 10 million people visited state parks and forests. That’s up about 10 percent from previous years.

DEEP is also assessing how to handle one of its other major functions – all manner of environmental inspection that have to be done on site. And like other departments, it is continuing to determine which employees would be able to work from home.