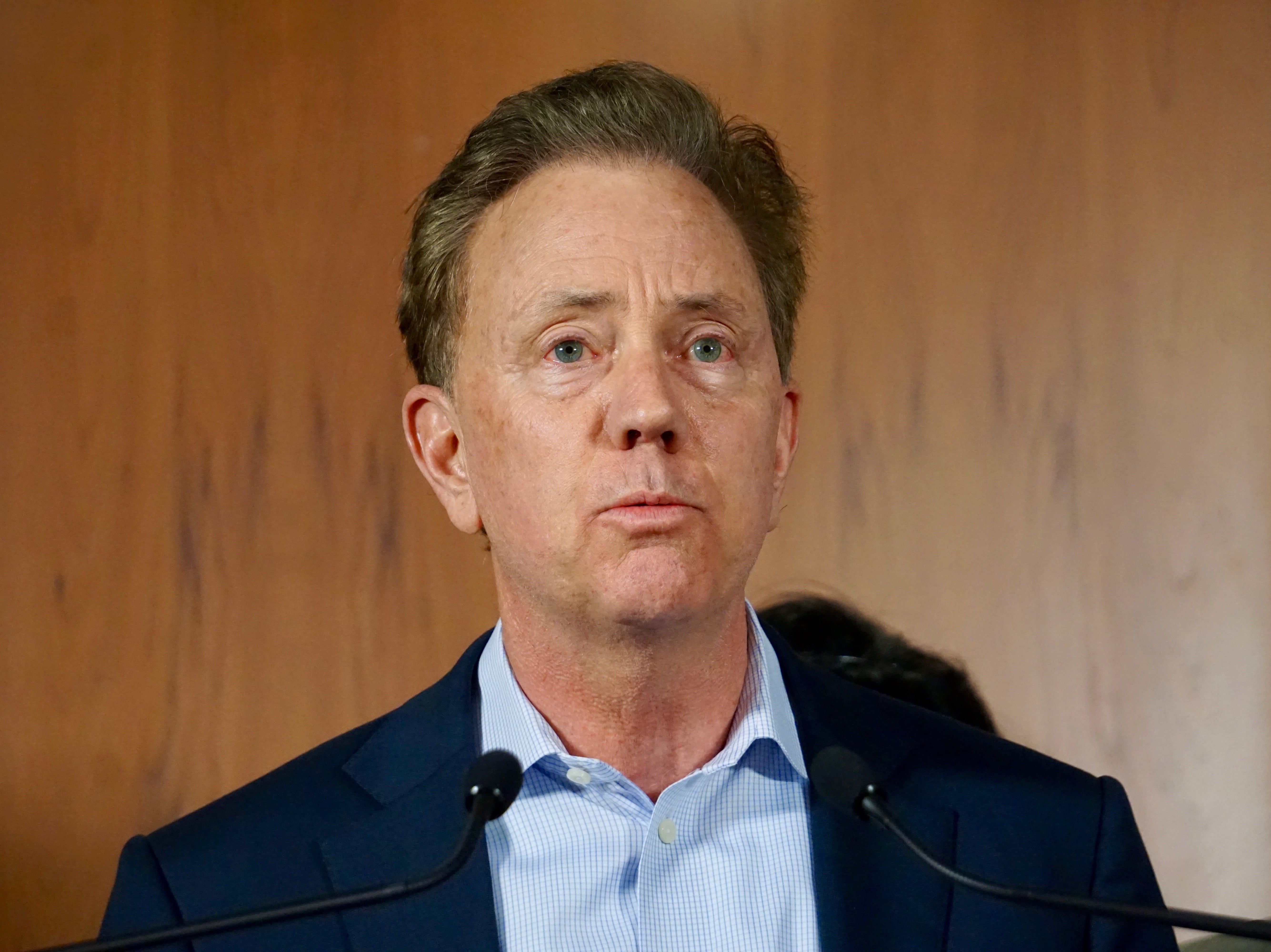 The governor also announced that Connecticut has now recorded 223 cases of COVID-19, the illness caused by the newest strain of coronavirus, and five deaths. The fifth person to die was a man in his 80s from Stafford Springs, who recently had been in a nursing home. He died at Johnson Memorial Hospital.

At least one other person from the man’s Stafford Springs nursing home, Evergreen Health Center, has tested positive for COVID-19, health officials said. Employees from the state public health department were dispatched there on Wednesday to investigate.

Forty-three people are now hospitalized with coronavirus in Connecticut. More than 3,100 tests have been processed at private labs and the state’s public health lab.

Lamont’s latest executive order affects more than two-thirds of Connecticut’s 169 cities and towns. In these communities it gives the Board of Selectmen — and not a town meeting or a referendum — final authority to approve spending levels and local mill rates.

“Just as my administration is working tirelessly to protect the health and safety of Connecticut residents, so to are our local mayors and first selectmen,” Lamont said. “During this unprecedented public health pandemic, it’s vital that we provide our local leaders with procedural relief.”

The governor’s order quickly generated praise from the Connecticut Council of Small Towns and the Connecticut Conference of Municipalities, who called it a crucial step to avert fiscal chaos at the local government level.

“This will allow towns to adopt budgets and set mill rates which are critical to funding the delivering of local services,” said COST Executive Director Betsy Gara, who acknowledged that while the step is unprecedented,  “clearly protecting the health and safety of the public is town officials’ Number One concern.”

Gara also predicted this order would leave municipalities in the best position, once the public health crisis has ended, to help residents return to work and to reopen public schools. “We want to make sure when this is over we can get back on track quickly.”

Joe DeLong, executive director of CCM, said the administration did not act in a vacuum, working closely with municipal advocates and experts in municipal law.

“A lot of people were able to provide input on this process,” DeLong said. “It’s probably not perfect and will probably require some modifications in future executive orders if we find anything we missed, but generally  this is something we support and are appreciative of.”

The governor’s order also directs local leaders to make options available for the public to inspect and comment on the budget remotely. This would involve posting the budget on town websites and allowing residents to submit comments on these fiscal plans by email.

Local leaders have been wary since the COVID-19 crisis intensified two weeks ago that municipalities — most of which adopt budgets between late April and mid-May — would be facing fiscal chaos if they entered the new fiscal year on July 1 with no budget in place and no clear path toward approving one without jeopardizing public health.

In an earlier order, Lamont gave local leaders an additional 30 days to adopt their budgets.

In general, the final stage in local budget adoption in most Connecticut municipalities involves either a town meeting, a referendum, or both. According to COST, nearly 120 towns adopted budgets one of these two ways in 2018.

In cities and certain large towns, the legislative body designated for this task is a city council, a town council, or a representative town meeting. The latter typically involves a few dozen representatives elected from various regions of a town.

But in many cases, after a budget proposal has been prepared by a municipal boards of education, selectmen and finance, the final proposal is brought to a town meeting, at which any registered voter or property taxpayer can attend and cast a ballot.

Most communities that use the town meeting approach also allow residents, if unsatisfied with the result, to petition the budget to a referendum — a machine vote at local polling places — for final action.

And still other communities don’t even vote on the budget at the town meeting level, instead sending the matter directly to a referendum.

Lamont’s executive order empowered the boards of education for regional school districts to adopt budgets in similar fashion, without those plans having to be endorsed by voters in their respective communities.

Pledges of donations roll in

The governor issued a call Friday for companies with access to personal protective equipment to donate the products or make them available for purchase. Hospitals and other care facilities are in need of N95 respirators, surgical masks, face shields, surgical gowns, gloves, thermometers and hand sanitizer.

On Saturday, Lamont said more than 100 entities had already reached out with the intention of donating goods. The state Department of Public Health and United Way 211 are collecting donation requests. Those interested in giving can fill out a form at www.211ct.org/DonationsCOVID19.

The executive order signed by Lamont Saturday also allows pharmacists to refill 30-day prescriptions of non-controlled substances even if they are unable to contact the prescribing practitioner. In addition, it suspends co-payments for HUSKY B clients and for full benefit dually eligible Medicare Part D beneficiaries.