At least three others tested positive at the facility 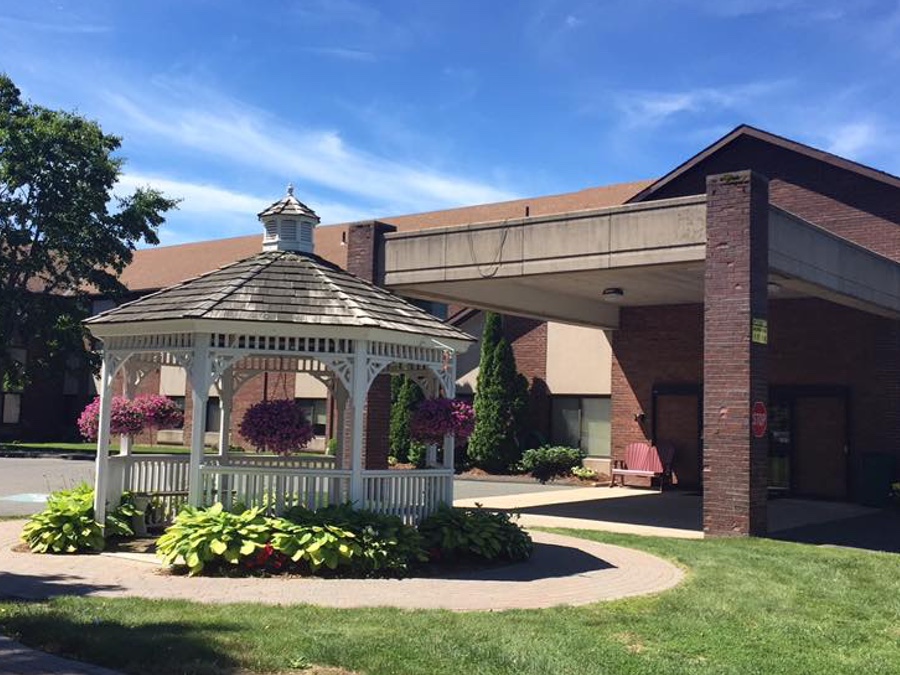 The Evergreen Health Care Center in Stafford Springs has five confirmed cases of COVID-19, not including the 88-year-old man who died a few days after being admitted to the hospital.

A second resident from a Stafford Springs nursing home has died of COVID-19, officials said Sunday, and at least three others from the facility have tested positive for the disease.

The newest fatality, an 83-year-old man, was the first resident of the Evergreen Health Care Center to test positive. He had been hospitalized for days with symptoms.

Before that, he had lived at Evergreen since Jan. 14, when he arrived from Johnson Memorial.

The other three residents who tested positive have been isolated, said Timothy Brown, a spokesman for Athena Health Care, the nursing home’s parent company. Several others are being tested for the virus and awaiting results.

The first fatality, an 88-year-old man, arrived at Evergreen from Rockville General Hospital on March 3. He was discharged on March 10 to Johnson Memorial, where he later succumbed to the illness. The man had pre-existing conditions, including chronic respiratory failure, hypoxia and congestive heart failure.

No staff members have shown symptoms, Brown said. Staff are all required to wear masks, and they have conducted a deep clean of the building.

Evergreen had 172 patients as of Wednesday, the most recent count. The facility stopped taking admissions that day, Brown said.

The risk to elderly people in nursing homes is particularly acute, as the outbreak at Life Care Center in Kirkland, Wash. has shown. As of Wednesday, 34 of that nursing home’s 120 residents had died from COVID-19, while another 81 had tested positive for the virus. Of the facility’s 180 employees, 45 tested positive, while 102 show symptoms of the coronavirus.

The Centers for Disease Control and Prevention found that limited access to testing, a lack of personal protective equipment for staff, and failure to test promptly contributed to the spread of COVID-19 at the facility, the Seattle Times reported.

In Connecticut, staff at Evergreen are working with the state Department of Public Health to determine every person who came into contact with the affected patients.

“We’re working to map out everybody’s whereabouts in the building. That includes patients, other residents that may have come in contact with any of these patients that have tested positive, as well as the staff,” Brown said. “As of Wednesday, the short-term unit was essentially quarantined in itself, and only staff that worked in that unit went in. We’re now doing that throughout the building. People are assigned to certain units, and that’s the unit that they work in.”

The 88-year-old who died had stayed in the short-term unit.

For now, Brown said the staff have enough personal protective equipment, including masks and gloves. But nursing home leaders are working with the Connecticut Association of Health Care Facilities to make sure they maintain an adequate supply.

Athena has 54 nursing homes, assisted living facilities and home health care agencies across Connecticut, Rhode Island and Massachusetts. One other patient has tested positive for COVID-19 in Athena’s network – a 57-year-old woman at the Sharon Health Care Center in Sharon.

The woman is a long-term resident of the nursing home and remains there, isolated in a private room. Her roommate was also moved to a private room and is being monitored.

“We have notified the Connecticut Department of Public Health and its division of epidemiology and we are acting on all guidance they provide,” officials at Athena wrote in a statement. “We have also reached out to our families, by phone, individually contacting our families and responsible parties to bring them up to date.”

No other resident or staff member at Sharon Health Care has shown symptoms, and none have been tested, Athena officials said. The facility has undergone a deep cleaning. Staff are taking the temperatures of all patients during every shift.