Laid off due to COVID-19? The wait for benefits is 3 weeks 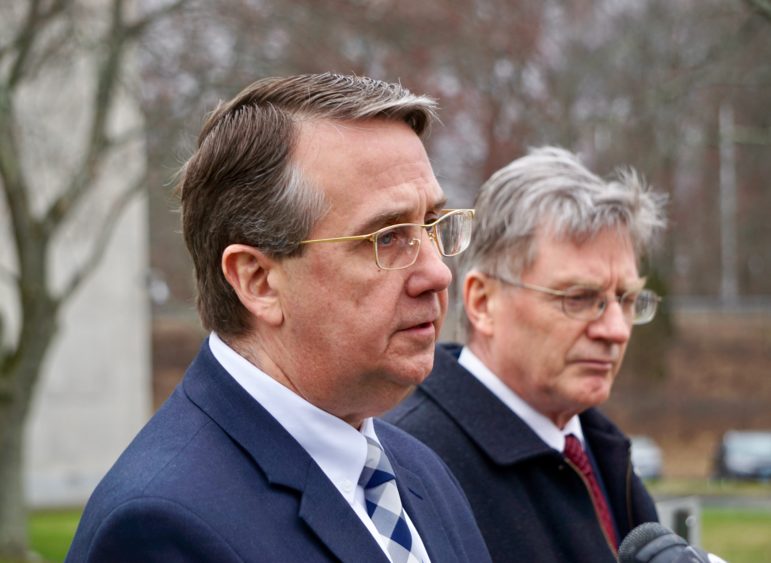 Wethersfield — Swamped with more than 100,000 new unemployment claims in the past week due to COVID-19 closings, the Department of Labor’s average time to process a claim has jumped from no more than three days to at least three weeks, officials said Wednesday.

“No department of labor throughout the country has ever seen these types of numbers,” said Deputy Commissioner Daryle Dudzinski, who has overseen unemployment claims in Connecticut during much of his 27 years as a state DOL employee.

“This happened in a week,” Westby said.

Three weeks ago, the department had 20 employees processing claims, with a turnaround of one to three days, Dudzinski said. By Wednesday, the department had expanded the unemployment claims staff to 70 by transferring workers and bringing in temporary help.

“We’re bringing back retirees. We’re paying employees over time to augment as much as possible our processes,” Westby said.

The backlog continues to grow, but it’s unclear how quickly.

The state Department of Labor ceased issuing daily updates on new claims Tuesday, a move officials attributed to a request from the Trump administration and the difficulty of quickly producing accurate numbers after the first week of a spike in claims.

“Once we come out of that first week and there is a backlog, it gets very confusing,” Dudzinski said.

“There are some concerns among some people that if we put out exact numbers every day…that putting out those numbers might be used by speculators to speculate on the stock market. That was suggested also,” Westby said.

He did not identify who made the request.

Currently, self-employed workers generally are not eligible for unemployment. But the $2 trillion stimulus deal struck overnight by the White House and Congress expands coverage, with benefits for gig workers, contractors and others who are self-employed.

Westby said the DOL was awaiting details about how state benefits would be calculated for these workers, who do not have a W-2s showing a weekly wage. Unemployment is usually calculated as a percentage of weekly earnings, up to a maximum amount.

In Connecticut, the weekly maximum currently is $649, but the stimulus deal calls for an additional supplement.

“Most will get their full salary, or very very close to it,” Senate Minority Leader Chuck Schumer, D-New York, told CNN.

Less clear is whether employers, whose unemployment insurance costs are based on an experience rating, will be penalized for laying off workers as a consequence of government closure orders.

“Normally it would. You lay off more people, then your effective rate goes up at a later date as an employer,” Westby said. “There is a lot of discussion about waiving any experience rating increases. Of course, when you do that, there is the other side of the coin. The other side is you’re not putting in the money into the trust fund, which pays out those benefits.”

Gov. Ned Lamont declared a public health emergency March 10 and has since issued a series of executive orders steadily restricting commercial and social activity, including the closure of schools, theaters, shopping malls and restaurants, except for take-out orders.

Westby said the state’s unemployment trust fund has about $650 million, enough to last a few months. The state will have to borrow from the federal government to meet the additional demands, as it did during the Great Recession.

Laid off workers in Connecticut should file online at www.filectui.com. Opening a new claim can be done around the clock, while hours are limited for filing a weekly claim. Filers are encouraged to provide banking information to allow direct deposit of benefits. Otherwise, the state will mail a debit card, delaying benefits for another 10 days.

While the governor’s closure orders are in effect, the state is waiving the requirement that claimants apply for available opportunities.

One DOL worker tested positive Monday for COVID-19. The person did not work in the unemployment claims section.